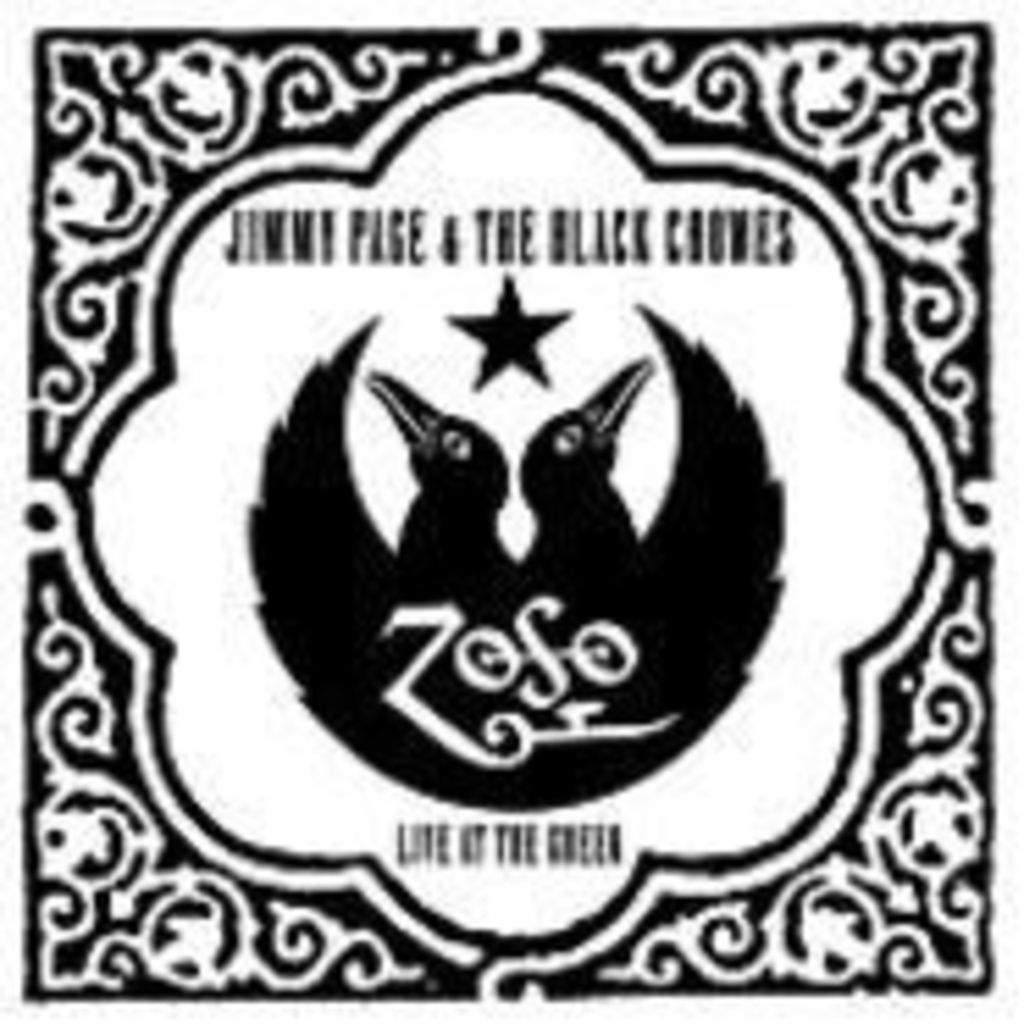 Taking into account Jimmy Page’s track record after the crash of the mighty Led Zeppelin, it’s easy to dismiss this double live album as another Coverdale/Page-style attempt to do away with Robert Plant. However, to make such an assumption would be to ignore the participation of the Black Crowes, a group never known as the do-anything-for-a-quick-buck type. Vocalist Chris and guitarist Rich Robinson’s group makes unlikely but appealing bedfellows with good ol’ Zoso, with whom the Crowes brilliantly swap cock-rock riffs.

As opposed to a tribute album, which would be filled with songs crafted to sound exactly like the originals, Live at the Greek recontextualizes the tunes into gritty, ball-breaking blues rock, especially on disc one’s excellent B.B. King cover, “Woke Up This Morning,” and the sole Crowes hit on album two, “Shake Your Money Maker.” On these tracks, Page seems relaxed and unleashes some of the album’s finest soloing and riffs. Not to be outdone, the Crowes’ guitarists match Page’s flash with plenty of slick licks.

However, dazzling guitar work is to be expected from a Jimmy Page project. Chris Robinson, who sounds at home belting out the Zeppelin catalog, is Live at the Greek‘s wild card. It’s obvious Plant was one of Robinson’s early influences, but Robinson is mature and talented enough to make these songs his own.

More Black Crowes tunes baked in this double-size pie would have made for a nice treat, but, because of contractual obligations with the Crowes’ former label, American/Columbia, this wasn’t in the cards. However, when you get two discs’ worth of an amazing American band working alongside a rock god to create some rollicking barn-burning jams, it’s ultimately pointless to quibble about the song selection.