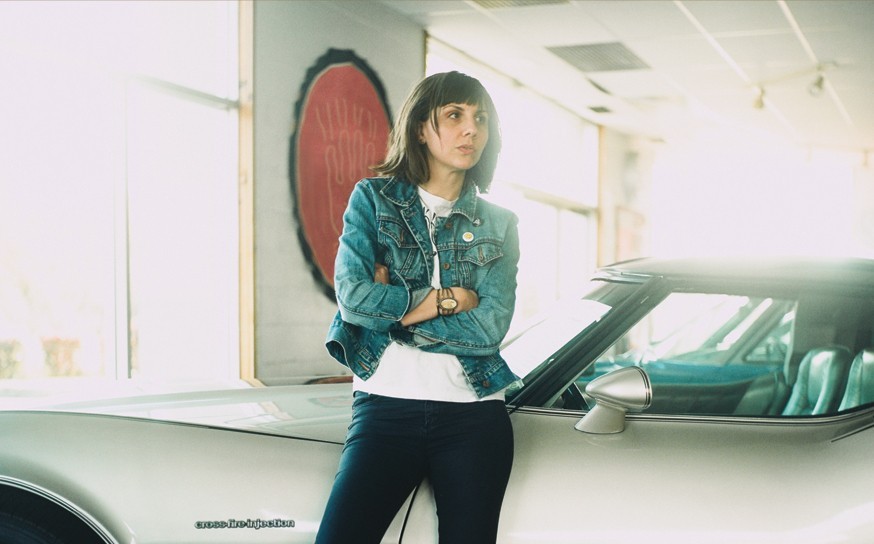 The 2015 collection of rock writer Jessica Hopper’s work, The First Collection of Criticism By A Living Female Rock Critic, was a breathtaking collection—digging into criticism, interviews, essays, and first-person narratives from the Chicago journalist’s witty and insightful style. The title was a thumbed nose at the patriarchal establishment who would deign to publish multiple collections from men writing in the rock journalism sphere, but relegate women to career retrospectives, if not outright erasing them.

This week, the revised and expanded second edition of Hopper’s book is out via MCD x FSG Originals. I hopped on the phone with Hopper to discuss the book’s history and reevaluating one’s own work.

The Pitch: The first edition of this book was one of the first things Featherproof released. What was that like for you as a writer?

Jessica Hopper: I first started talking about doing that book in 2014. I had been thinking about and talking about doing a collection of my work for years. I want to say almost a decade. The idea was actually first suggested by Johnny Temple at Akashic years before and I don’t think we went further than the contract, so it was really exciting for me to be doing a book with someone who did have a good understanding of the work that I had done to that point and the audience for it and believed that it was important.

You speak in the afterward about the difficulties you had, getting this book to a publisher and the pushback regarding the whole thing, where people just kept specifically pointing out Ellen Willis like, “There are collections of her writings!”

And when I would point to Ellen Willis, people would say, “Well, that was on an academic path and she wrote for The New Yorker, and that book only sold a couple of thousand copies, you know.” No matter who I pointed to, there was always some reason with a lot of these publishers—who were interested in working with me after the first collection came out or at different points where people would come to me with book ideas or something. These are mainstream publishers. There was always reasons.

There’s some people who are my peers who are ostensibly doing the same thing and I would just be told one reason or another why my work or my status in the world that I worked in was–basically, I wasn’t correct in thinking that this was a good idea. There were always reasons and, sure, I’m no Chuck Klosterman, but I also think that’s the reason that people would want to read my work. I saw very quickly that in book publishing, it really has to have a precedent, and working within a lineage of feminist criticism, a lot of people’s work historically has been erased. It becomes this huge catch-22, which is how we get to the title of the book, you know?

Absolutely. The collection of Ellen Willis’ rock criticism, Out of the Vinyl Deeps, didn’t come out until 2011 and those writings were from the ’70s.

Yeah. One of them was a review of Woodstock. Granted, she had a lot of other anthologies, but again: her pioneering work as a critic and as a contemporary of Greil Marcus and Bob Christgau and also her significant influence on both of their intellectual critical development was erased. I had heard of before them I even heard of her. I knew her work from Rock She Wrote or something, but I didn’t know her importance. I had been writing about music for the better part of a decade before I knew who Lillian Roxon was, and it was another decade before I could get my hands on a copy of Rock Encyclopedia.

Even in working on the Rolling Stone women piece that appears in the new second edition of the book was hugely important to me because these people, these women, were very much the foremothers–the very silent foremothers—of helping essentially professionalize music criticism. Five of the six women were the first women on the editorial masthead of Rolling Stone. Those things became even more and more important to me as I got older and deeper into my career, when I would look around and be like, “Wow, I don’t know any women who are older than like 35.”

That’s not just because women drop out or something. There a lot of erasure of feminist criticism’s role and women who were early on in criticism. A lot of erasure of their work and sidelining of their work. Oftentimes we see these totemic men who got the flashy bylines and stuff, but there were so many people that helped shape and develop it and it wasn’t until later that I knew that they even existed and I could tap into the ideas and work within this lineage.

I didn’t have to—at least in my mind—reinvent the wheel, but it was sort of like constantly building a new wheel alongside some of my other peers. I think that connection to the work that came before is really important. I also wanted to do what I could to change that for people who were coming up after me. My goal between the first edition and the second edition of this has only become that much more emboldened for those reasons. 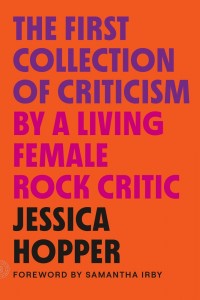 As a writer, revisiting older material is always this balance between “Wow, I am pretty good.” And “Wow, I’m an idiot. What was I thinking?” How did you feel revisiting this material for another go-round for the second edition?

It was really great. Yeah, no. I talked when the first edition came out about how humbling it was to go back and reread for that. I read basically everything I could find that I saved and that was still out there and that was really seeing like, “Wow, I was very unevolved in my worldview.” The first time I was going through, it was a lot easier to see my, my faults in it and then, coming back through on this second edition, it was less about—I don’t wanna say, “What’s good, what’s bad”—but taking an even longer view on it since there wasn’t a lot of very recent work in the first edition.

In the afterward, I talked about being nervous about saying, “Well, this piece matters that I wrote a few months ago.” Someone had commented, “That’s very egotistical to canonize your recent work,” and I was like, “Well, no: it’s good.” It was a scary thing to do that book. I listened to that person mistakenly.

I am a different person. I am a different writer. I have now significantly more experience as an editor and an editor of books since the first collection. I was able to come at it with a much greater idea of what it needed to be. I wanted it to be, of course, a showcase for my work, but also work that has grown with relevance, pieces that show greater arc as a writer, and pieces that build on each other in terms of my critical thinking.

When I have five different Miley Cyrus pieces, it’s like, “What’s the one that really holds up?” Also, there was pieces that I wasn’t quite happy with the edits. I’d made the edits and the cuts to them for the first book as a different person and I felt like there was some real value restoring some of those pieces to how they had originally run or parts of them that I had excised out of embarrassment. Some things, I put back in because I think there was some value in and it showed a fuller arc.

I would say I’m not afraid to show up as my whole person, which may sound like a strange thing to people who’ve read my writing and know that it can be very candid and straightforward in how I think and feel. But you know, there was just things that being able to put them back in and be accepting of who and how I was as a writer when I was first starting out. I think there’s value in that, rather than showing up in this way that music criticism is at its most patriarchal, where it says that “We must be perfect. We must never be wrong. We must always be right. We must attend to these sort of hierarchies and we have to be impermeable,” which keeps people from showing up as their full selves. It was very important to me to undo that thinking as it shows up in the editorial choices of the book.

I’m 44 years old and I’ve been writing professionally since I was 15 years old. I get to show up as my full self now. And if I can’t, then I’m not interested in doing it.

The revised and expanded second edition of Jessica Hopper’s The First Collection of Criticism By A Living Female Rock Critic is out this week from MCD x FSG Originals.