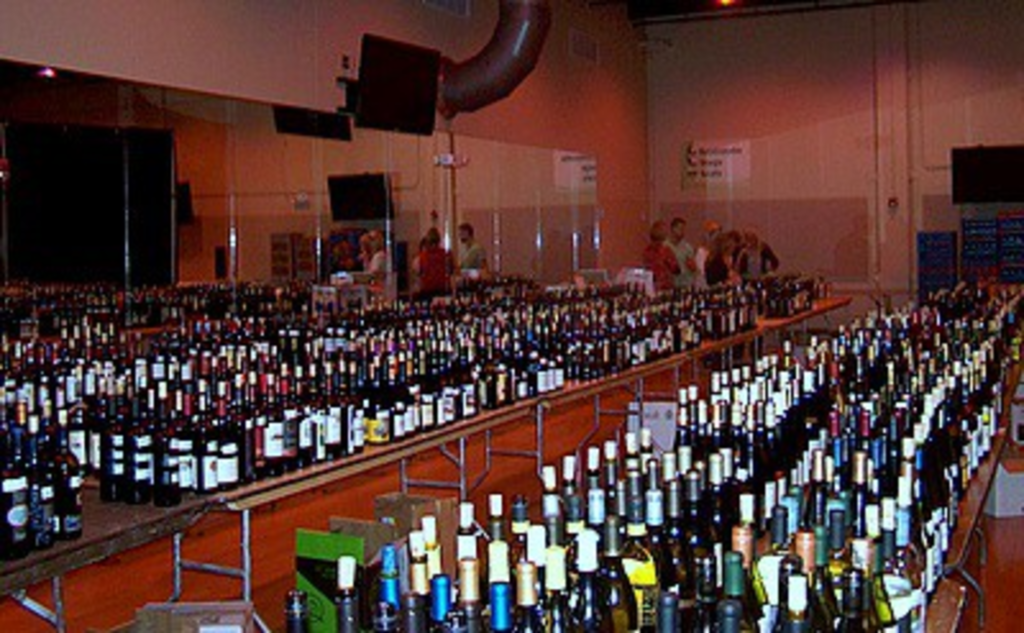 I stopped by the Jefferson Cup Invitational yesterday. It’s one of the premier wine judging competitions in the country, and it just happens to take place right here in Kansas City (at Starlight Theater this year). As luck would have it, I arrived just as the event’s volunteers had finished serving judges and were now serving themselves.

“We’ve poured over 2,100 glasses of wine today and hardly broke anything,” said Matt Nevinger, head of the volunteers and founder Doug Frost’s right-hand man. “Just one glass I think,” said a volunteer behind Nevinger and he quickly followed her line of thinking. “Yep, no broken bottles. No dropping of racks of glasses or dropping an entire case. This year we waited until we were done pouring for the judges before letting the volunteers drink and that makes a large difference.”