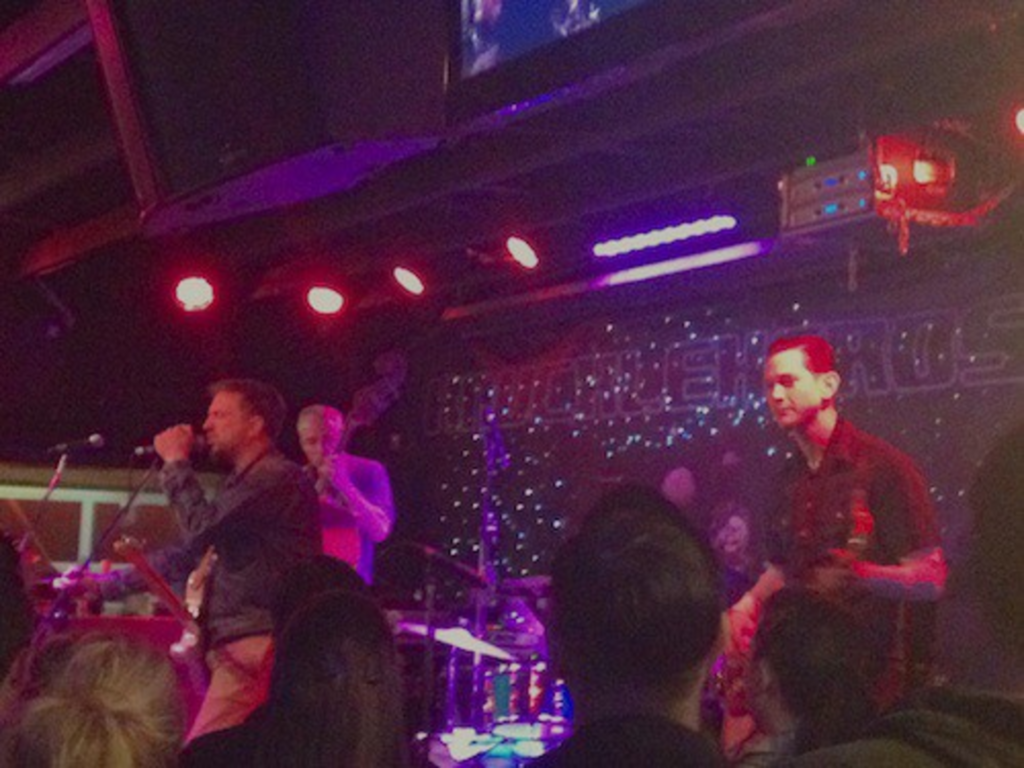 Back on tour from an unexpected break, Oklahoma native JD McPherson rallied the weekday ramblers for a Tuesday night of All Things Great and Wonderful since the very first hymns were born.

McPherson walked onstage with an urbane smirk and a worn-out jean jacket, followed by his band of merry (not to mention good-looking) men. The gents quickly settled around their instruments while the onlookers shuffled up front.

McPherson’s tour band includes multiplayer Doug Corcoran on horns, back up guitar and keys, Ray Jacildo on piano, organ, and percussion, the tempo-invincible Jason Smay on drums and percussion and – my personal favorite – Jimmy Sutton on bass.

The band opened with the Starkweather Boys’ “Abigail Blue,” immediately drawing the crowd of rockabilly babes, roots enthusiasts, and older folks up to the front. McPherson’s own parents and multiple cousins even made it by the show; he was quick to thank them for coming and pointed them out for fans to catch a look.

The second the first note came thumping from the upright bass to the eventual “Oil in My Lamp” Ska Kings’ cover, a multigenre flashback unfolded. Somehow, McPherson authentically evoked the energy of a Ruth Brown show combined with Little Richard’s approachability and the bittersweet loveliness of the Everly Brothers.

“Tuesday night… Tuesday night,” McPherson said in obvious awe of the enthusiastic crowd, packed into Knuckleheads on an early weeknight. “Holy smokes. Jeez Louise.” He and upright bassist Sutton cued the band up with knowing grins – this is, a group of musicians who clearly know no higher pleasure than their craft.

As McPherson carried on with his ode to the past, everyone in that room journeyed back, through various generations, one tune at a time.

“Kansas City – It’s been an awful long time, folks. You just made our day,” McPherson said, about halfway through the set.

At this point, all bets were off. McPherson understands more than just the cadence of roots and rock and roll; his live performance was suggestive of Buddy Holly’s sly schoolboy demeanor. And the star playing wasn’t on McPherson alone: His band was full of rhythmic geniuses, especially bassist and producer Jimmy Sutton, who was wholly enchanting.

Sutton, along with McPherson, is a part of a rare, magical breed of musicians who, every decade or so, float amid the glam of pop culture. It’s rare to see men like these in the flesh, especially playing true forms of what they stem from as instrumentalists. Following one of his solos in “Your Love,” I knew it was time for something harder than the PBR I had been babysitting for the past hour.

Set list
(Obtained as best I could, feel free to fill in the blanks in the comments)