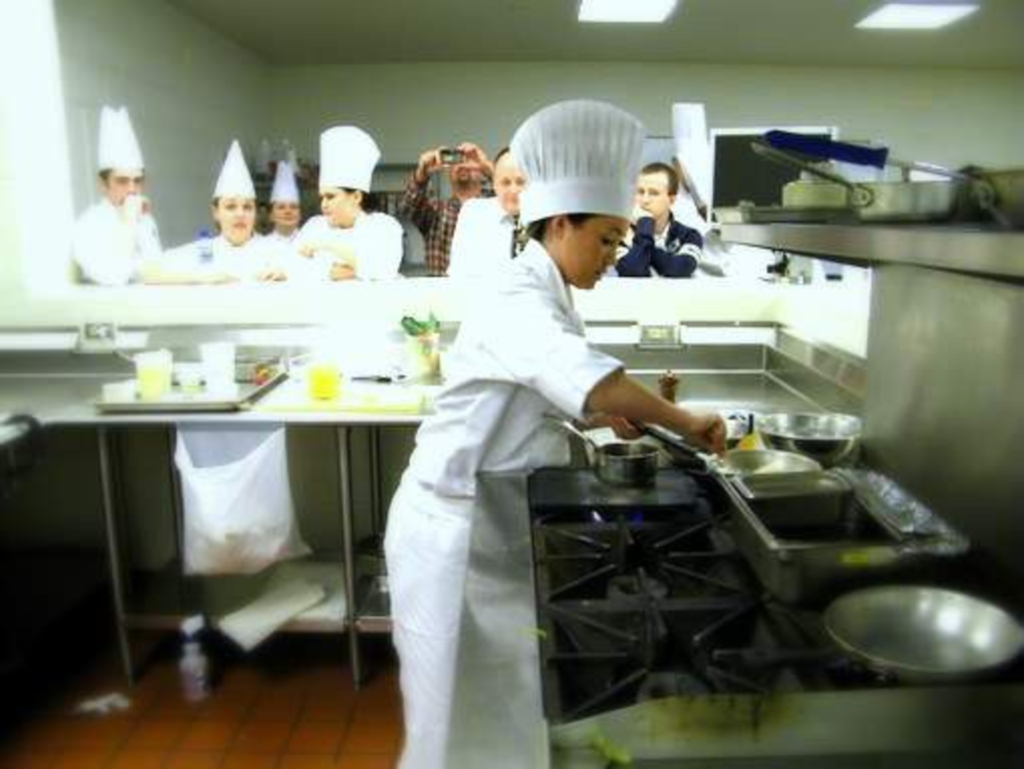 This past February, Johnson County Community College student Kelly Conwell was ecstatic to go to Illinois and be able to compete against her Midwestern peers for the American Culinary Federation’s central region student chef of the year. At the time, she told Fat City she was “completely happy just to even get to regionals.”

She went on to win, with a complex menu that earned her a trip to the ACF’s national competition in Orlando, Florida. On Tuesday, she beat out the other three finalists from around the country to win National Student Chef of the Year.

Kelly Conwell is the best student chef in the country.

“I just got back yesterday and it still hasn’t sunk in,” Conwell said. “It was lot of practice. For the last month and a half waking up at 5 a.m. and working seven to eight hours on it … making each dish 17 times or more.”