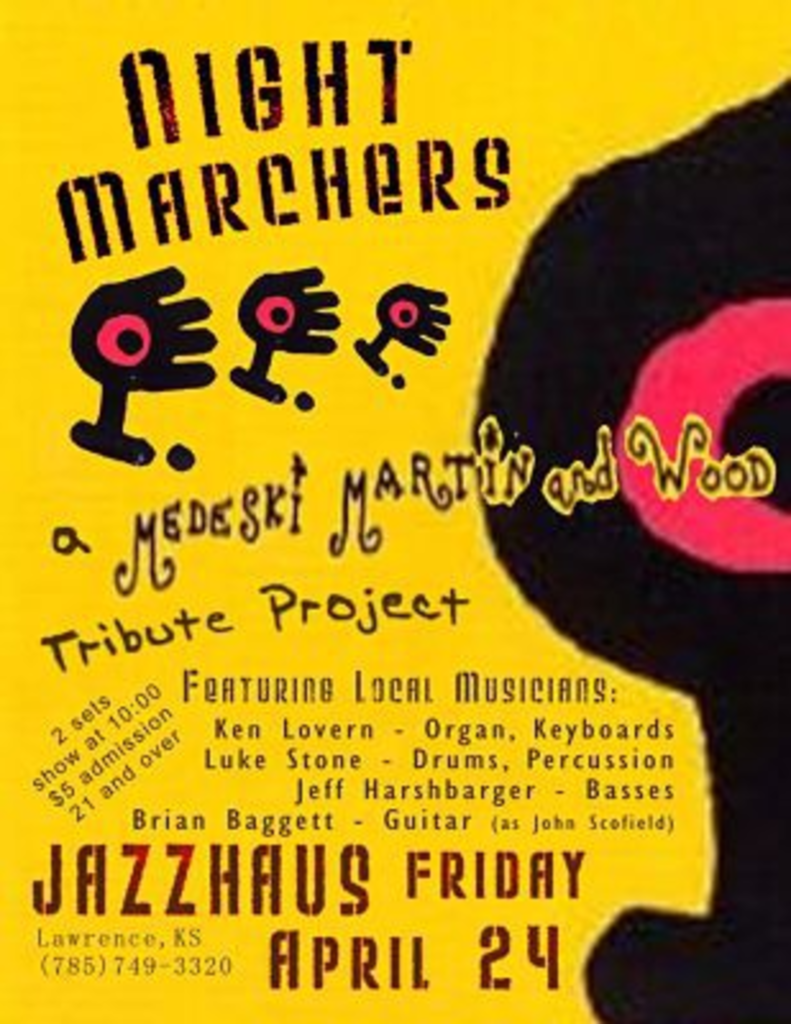 Here’s something you don’t see every day: On April 24, the Jazzhaus in Lawrence is featuring a tribute to that world-class, three-man jazz jam Medeski, Martin & Wood.

Rendering covers of earlier, funkier MMW will be Luke Stone (Cosmopolitics) on drums and percussion, the mighty Jeff Harshbarger (People’s Lib, Snuff Jazz, various others) on bass and Ken Lovern (Ken Lovern’s OJT) on keys and organ. Sitting in on guitar, playing the part of MMW collaborator John Scofield, will be Brian Baggett of the band DOJO. Editorial comment: Jam music is so much better when it’s based on jazz and funk than on rock or blues.

Hey, look! The real MSMW is playing this May 24 at the Summer Camp festival in Chillicothe, IL, just north of Peoria, a seven-hour drive away. Think well go to the ‘Haus instead. Lot closer.

Here is how real men jam.