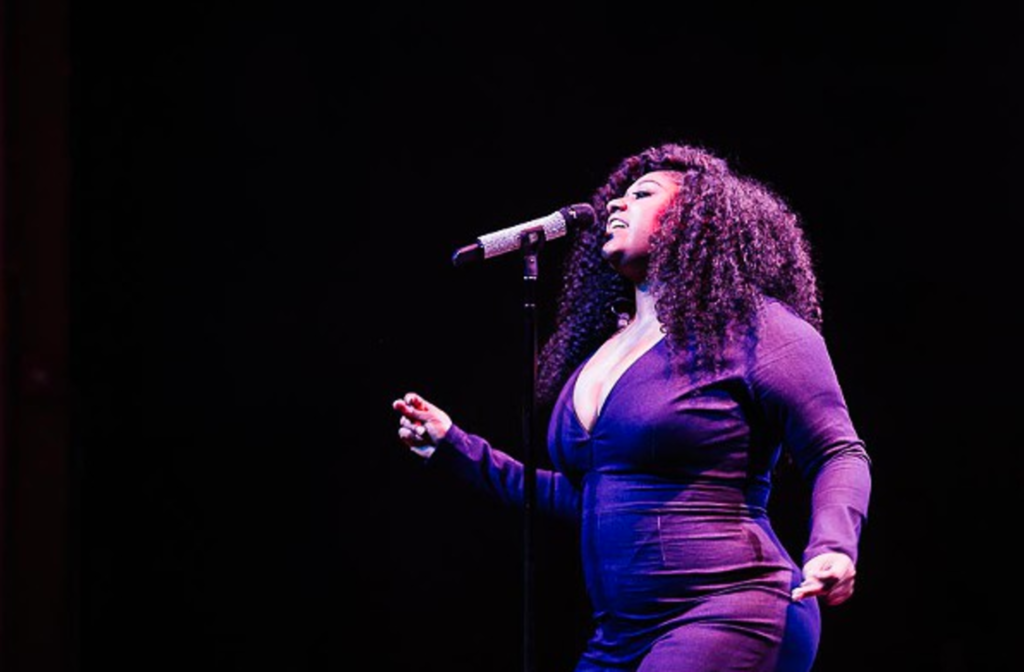 There wasn’t a single moment of Jazmine Sullivan’s show at the Midland last night that didn’t serve to further endear the resurrected star to her audience, but there were plenty of memorable highlights. Perhaps the most powerful came late in the set, as Sullivan introduced “Masterpiece (Mona Lisa),” a track from her latest album, January’s Reality Show.

“This song is really important to me,” Sullivan told the crowd. “These last few years, I had to come to a point where I accepted myself – flaws and all – and call myself beautiful. And it’s the hardest thing to do, but we all need to come to that place where we love ourselves before we love anyone else.”

The audience bellowed its agreement as Sullivan continued: “So this song is important to me, because I believe we’re all a masterpiece.” 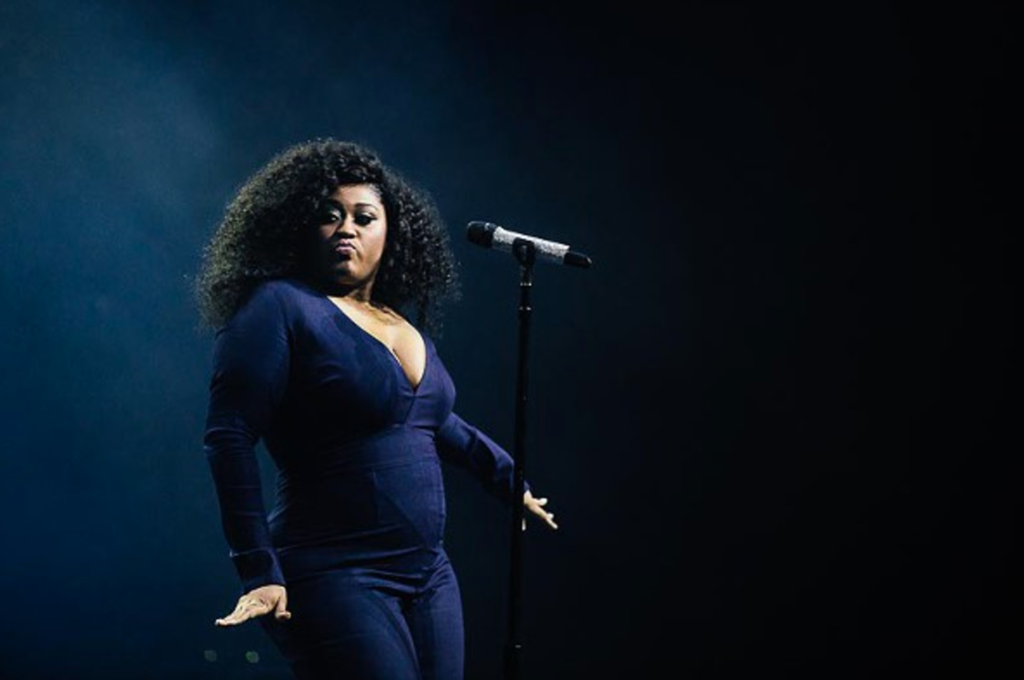 And Sullivan has probably given some version of that speech at every show so far on this tour, but she delivered the sentiment with sincerity. Live, the body-positive “Masterpiece” was given a faster tempo and a more anthemic presence than it has on the album, where it stands as a synth-forward R&B ballad.

Sullivan’s Reality Show comes after a four-year hiatus from music, but watching her on stage at the Midland, no one could have suspected such an absence. Sullivan was mesmerizing, a performer cut from the mold of Diana Ross – and her magnetism increasingly recalled that legendary diva’s as the show went on.

The stage setup was very much designed to give Sullivan all the attention. Décor was sparse, save for her name projected onto the back curtain. Her band – a drummer, guitarist, bassist and keyboardist – was dressed as though at a rehearsal, but that didn’t detract from the smoking blues chords that introduced “Forever Don’t Last” or the sultry jazz piano that came on for “Lions, Tigers & Bears.” Two back-up singers were outfitted in silver go-go boots and mod dresses, a vague nod to the sometimes-throwback R&B sound that Sullivan was laying down, but even their subtle choreography seemed casual. 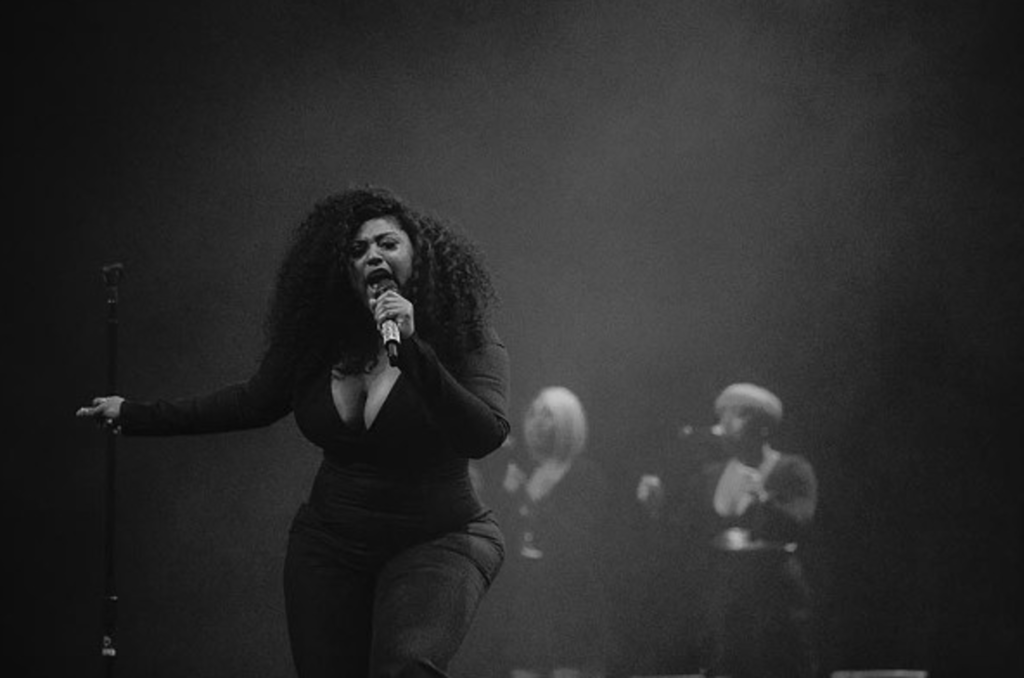 This was all well and fine, because Sullivan deserves every bit of spotlight. And as captivating as she was on stage – striking in a cleavage-bearing navy jumpsuit and, after an outfit change, a glittering mirror ball pantsuit – it was her voice, pitch-perfect and raw, that kept the eager audience swaying and singing along at her every command. It was Sullivan’s voice at the forefront of the night, from the moment she opened the show with “Dumb” – the first verse sung from behind a closed curtain – to her spot-on cover of Roberta Flack’s classic “Killing Me Softly.”

It’s a rare artist who can take off for nearly a half-decade and reemerge in the self-assured, victorious light that Sullivan has. And last night at the Midland, she was always in charge, whether strutting across the stage or simply poised before her microphone like some kind of sexy R&B messiah. But Sullivan’s voice was built for power ballads, and those were the best songs of the night. “Forever Don’t Last” was delivered mid-set, from a barstool beneath blue light, and every trill of Sullivan’s voice elicited a visceral reaction from her audience. Her encore song, “In Love With Another Man,” had a similar effect. 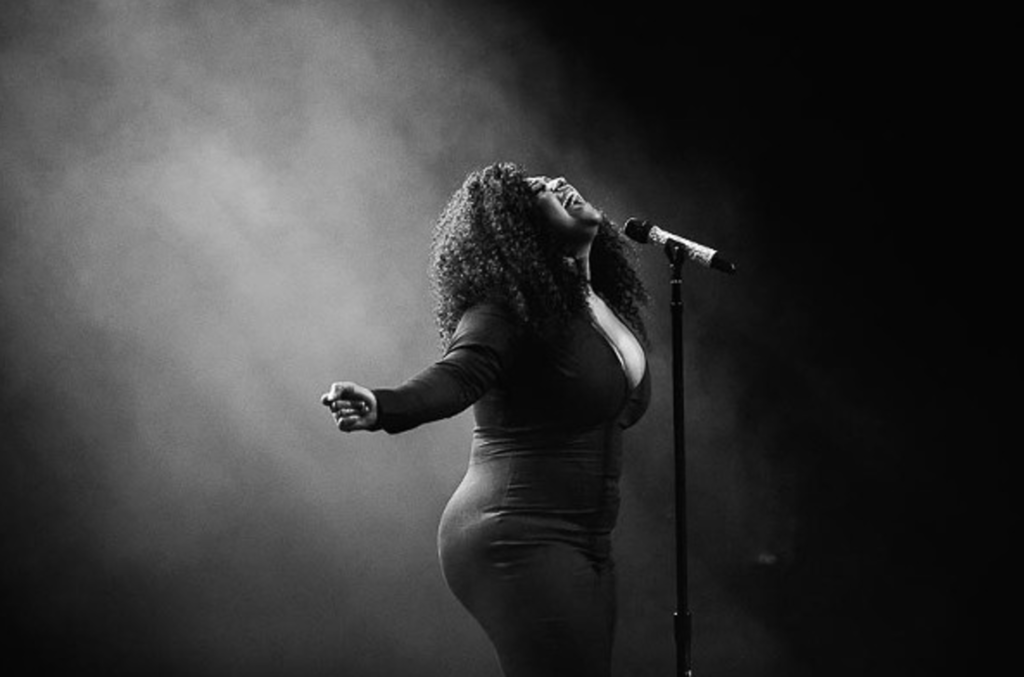 Though the turnout for her show last night wasn’t spectacular – blame St. Patrick’s celebrations, perhaps, or sports stuff – Sullivan treated the crowd of approximately 650 as though it were a crowd of 6,500. Throughout the night, she took several opportunities to express her gratitude for her fans and their loyalty.

As she exited the stage for the final time, just 75 minutes after she first stepped onto it, she grasped the eager hands of audience members still pushed up against the stage. It doesn’t take much more than that, really, to become loyal to Sullivan. 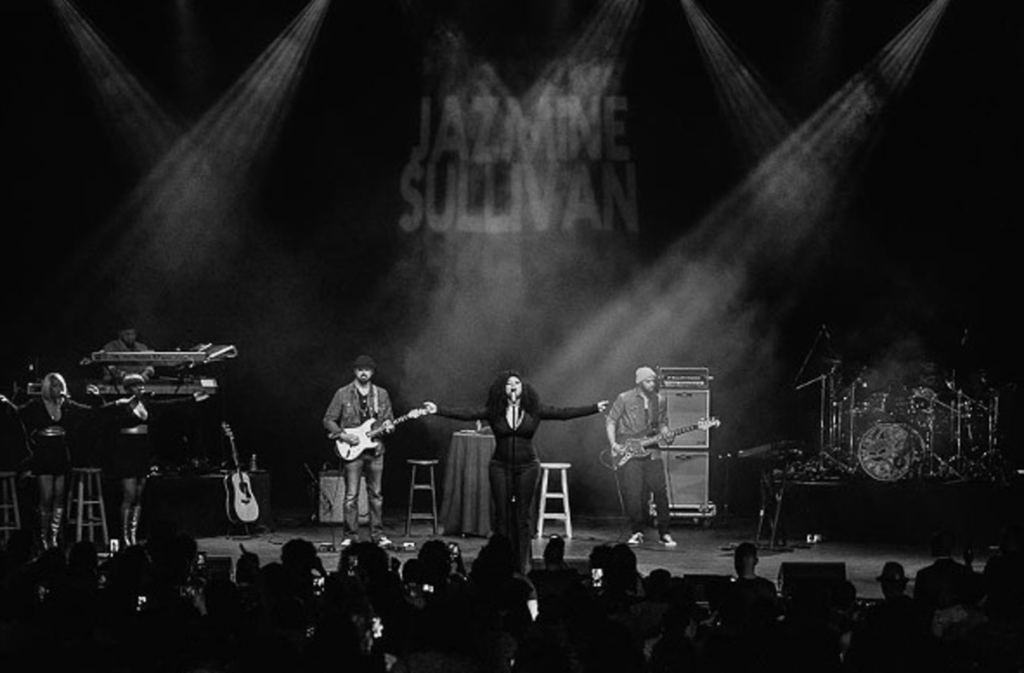 Leftovers: I only caught the tail end of opener Jordan Bratton, but his energy onstage was impressive. You can listen to some of his music here.

Setlist:
Dumb
Bust Your Windows
Lions, Tigers and Bears
Holding You Down (Goin’ in Circles)
Killing Me Softly
Let It Burn
If You Dare
Stupid Girl (acoustic)
Forever (acoustic)
Masterpiece (Mona Lisa)
Brand New
Mascara
Need U Bad
—
In Love With Another Man