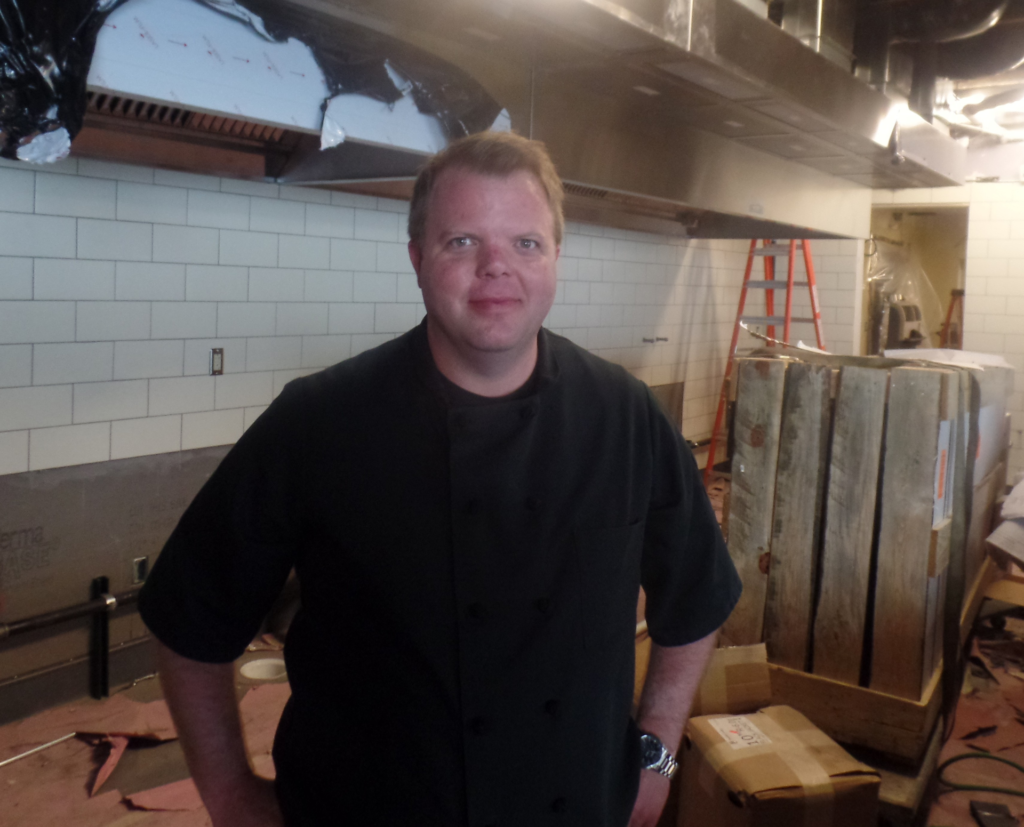 When the Colorado-based Jax Fish House & Oyster Bar opens on the Country Club Plaza in late September (or, more likely, October 1) at 900 West 48th Place, there will be at least two familiar faces in the exhibition kitchen: Chef Bobby Bowman, a veteran of both Webster House and Lidia’s, has been hired as executive chef; Kelly Conwell — most recently at Bluestem and a culinary competition star — has been hired as the restaurant’s pastry chef.

Bowman, 35, is a native of Columbia, Missouri, and studied psychology and music (he’s a drummer) at Missouri State University before turning his interest to cooking. After a few menial restaurant jobs, Bowman moved to Kansas City 10 years ago to pursue his dream and landed a prep-cook job with the short-lived Cafe Trocadero on 31st Street. He lasted only three weeks: “I let a reduction sit on the stove until it burned.”

A better offer came from chefs Dan Swinney and Cody Hogan, the executive chef and chef de cuisine, respectively, at Lidia’s. “I was there for three years,” Bowman says, “and had great mentors in Dan and Cody. They taught me to be mindful of ingredients, to know and understand where those ingredients are grown and prepared.”

At Webster House, Bowman started as a line cook but quickly rose through the ranks to become sous chef and, later, chef de cuisine.

“In that transition period between chefs, when Charles d’Ablaing had left the restaurant and Matt Arnold had not been hired yet, I ran the kitchen myself,” Bowman says.

When Bowman left Webster House after six years, he was hired by the Olathe-based Delish Catering & Events. He was still working there when he sent his resume to Big Red F Restaurant Group after he heard that the Colorado seafood chain was going to open its first satellite location outside Colorado. After several interviews and a visit to Colorado, the corporate executive chef, Sheila Lucero, chose Bowman from a group of several local finalists for the job.

“During our interview process, Bobby did something I had never experienced before,” Lucero says. “As we were wrapping up that first interview, he shyly handed me a menu he had typed up. It was his representation of what a Jax menu could be like. And it was awesome. That was a real determining factor for us.”

Bowman says he’s undaunted by the challenge of overseeing a kitchen that can prepare meals for as many as 600 patrons a night. The Jax dining room, on the ground level of the Polsinelli Building, isn’t outrageously spacious — it will seat 180, including bar seating — but the management staff from Colorado, in Kansas City to train the new hires, is counting on at least three turns on weekend nights, when the kitchen stays open until 11 p.m.

“It’s all about your staff,” Bowman says. “But believe me, you’ll see me in the back working the line with the rest of the cooks.”