Jason Kander tried to clean up Missouri politics, but the waters wanted to stay muddy 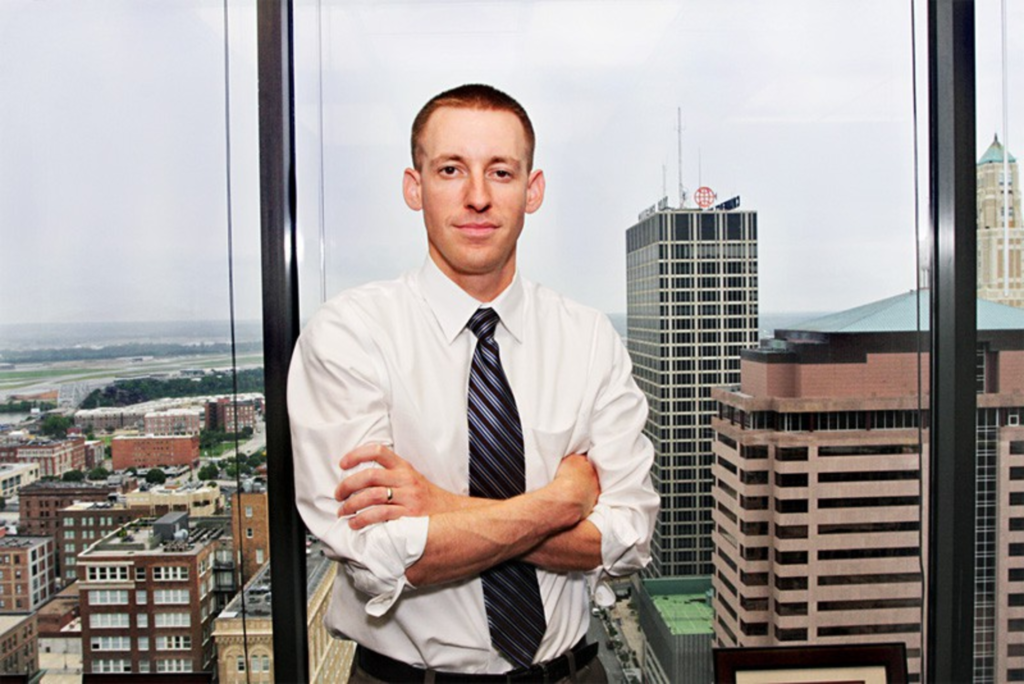 Jason Kander was new to Jefferson City when he got called into the political equivalent of the principal’s office.

It was January 2009. Kander had been a state representative for all of two weeks when he got word that Ron Richard, the silver-haired House speaker, wanted to see him.

A few days earlier, Democrats had fumed when Richard, a Republican, blocked Kander from serving on an influential committee. They accused Richard of wanting to throw a blanket over a comer in the opposing party and said the speaker had referred to Kander — a smart, young lawyer with a military background — as “a political problem.” Richard was pissed that his comment became public.

Kander, who lives in Waldo, reported to Richard’s office on the third floor of the Capitol. The speaker sat at one end of a cherry table, with three members of his staff standing behind him. Kander, who is tall and lean and looks older than his 29 years, got the feeling that Richard wanted to “brace” him.

But the situation didn’t intimidate Kander the way it would many new lawmakers. After 9/11, Kander finished his class work at American University in Washington, D.C., and enlisted in the Army National Guard. He had to get his knee fixed before he was allowed to join. During his first year as a Georgetown law student, he spent 20 hours a week in uniform, a fulfilling, if occasionally sleepless, existence.

After passing the bar exam, he pushed for deployment — and got it.

He worked as an intelligence officer in Kabul, Afghanistan’s capital, and took a mission to Jalalabad, a city linked to Kabul by a treacherous highway that cuts through a gorge.

“Even if there were no Taliban, it would just be an incredibly dangerous road trip,” Kander tells me between bites of a Subway sandwich. In fact, the day after Kander and his team returned to their base, American soldiers were killed on what’s known as J-Bad Road.

So when Kander found himself sitting across that cherry table, his wartime experience cheated Richard of the power a legislative leader normally wields. The speaker obviously expected an apology. He didn’t get one.

“That didn’t really concern me,” Kander says, reflecting on the possible consequences of his actions. “I felt like … I don’t know, I thought about J-Bad Road. I was like, ‘This is just a guy at a table,’ you know what I mean?”

Months later, Kander and the speaker would clash again, this time over ethics reform.

Jeff City is sleazier than most state capitals. Richard’s predecessor, Rod Jetton, doubled openly as a political consultant and eventually became a target in an FBI investigation into pay-to-play activities. And last year, three Democrats in the St. Louis area pleaded guilty to criminal charges.

Aware of the scuzzy atmosphere, Kander made ethics reform a cornerstone of his campaign in 2008 and even went so far as to return all personal contributions from lobbyists. Now that he’s in office, he doesn’t accept personal gifts. T.K. Smith, a co-worker at the Barnes Law Firm in Kansas City, notes that Kander elects not to use the special license plate that Missouri state lawmakers receive. “We jokingly call him Mr. Ethics,” Smith says.

Last September, Mr. Ethics went to work. He pushed for comprehensive changes in the way political business is conducted in Missouri, working with Tim Flook, a Liberty Republican, to craft aggressive reforms. Their bill’s most significant provision made it a felony to run campaign contributions through different committees — a form of money laundering that donors and politicians use to make it look like legislation is not bought and sold.

Like much of his work, Kander’s thinking on ethics reform is informed by his time in Afghanistan. As a lieutenant, he led a team of intelligence soldiers who investigated dirty dealers inside the Afghan government, meeting with political leaders who felt the presidency was off limits because they didn’t have the money to win an election Karzai-style.

“I don’t want to be too hyperbolic, but I’ve seen a system with few rules,” Kander says. “I don’t mean to compare Missouri with Afghanistan, but I’ve just seen the ultimate result, the exaggerated result, when people really feel like their government is not responsive to them at all.”

Jetton’s problems with the FBI had been in the news when lawmakers returned to the statehouse in January, vowing to clean up the place. Richard even started a committee on ethics reform, promising to support whatever recommendations it made.

That committee soon drafted a bill that incorporated several of Kander and Flook’s ideas, giving Kander hope that reform was in the works. But then, as they often do in Jeff City, things began to stall.

One of Jetton’s innovations as House speaker was the rules committee, which he operated like a chop shop for legislation that he opposed. And though Jetton had left the House in 2008 because of term limits, some of his methods remained in place: With four weeks left in the session, that rules committee grabbed the ethics reform bill and sent it back for reconstructive surgery. Once supportive of the legislation, Richard and his fellow Republican leaders began to fuss about constitutionality and “language problems.”

Ethics reform became a free-for-all. House Democrats pushed for a floor debate. Republicans responded by attaching the reforms to an unrelated bill and larding on a bunch of stuff about voter identification and union elections and health care. They were trying to make the bill toxic to Democrats, who could then be cast as the opponents of “reform.”

Things only deteriorated from there. When the bill reached the House floor, Republicans spoke for two hours before a Democrat was even recognized. At one point, Bryan Pratt, a Republican from Blue Springs, taunted Democrats by testing their dead microphones.

But the reforms taste like weak tea to Kander — especially because Missouri remains one of just a handful of states with no dollar limits on campaign contributions.

Kander left Jefferson City feeling that his work had just begun. Now a captain in the Missouri National Guard, he spent three weeks in June training officer candidates — yet another military experience that will shape his work in politics, possibly to his detriment.

“At times I may have a stubbornly rigid view of what leadership should be, how those in charge should behave,” he says. “That has served me well. But it’s also at times caused me to be even more frustrated.”

He adds: “It just feels like in politics there’s just too much room for excuses.”

Kander is up for re-election in the fall. If he wins a second term, he’ll be considered a sophomore. That lawmakers use schoolyard vernacular to describe their service is a hint at their neediness for popularity and recognition. That’s not lost on Kander.

“I never ran for office in high school,” Kander says. “But I imagine it would have been pretty good training.”

If voters do send him back, Kander hopes to revisit ethics reform. He compares the task of cleaning up state politics to taking a trip cross-country.