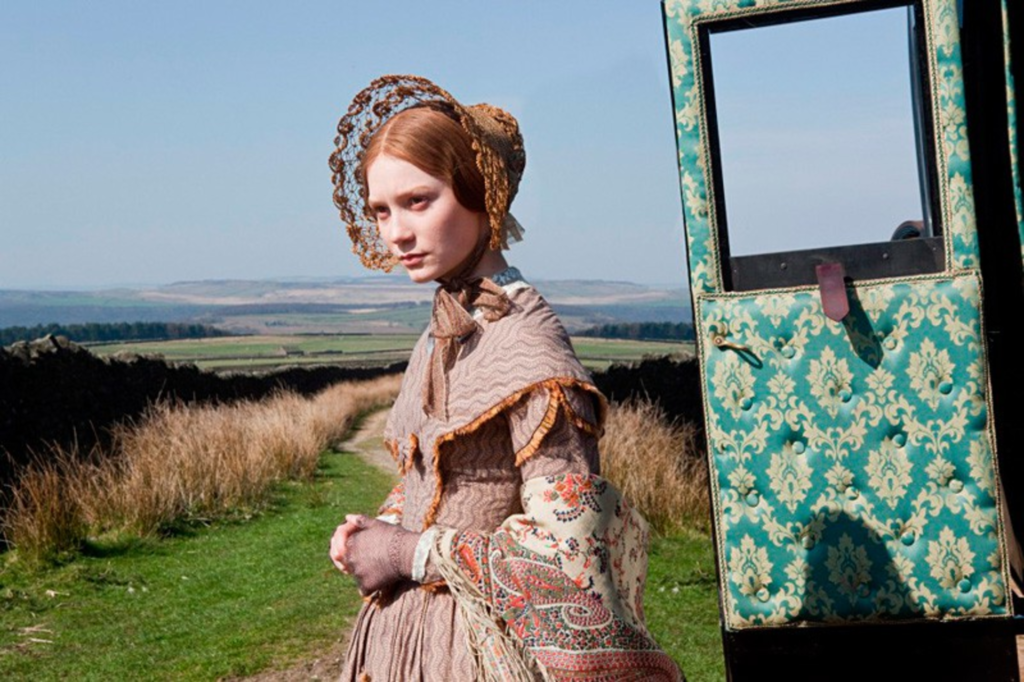 What is it about Jane Eyre that has spoken so forcefully to readers the world over for the past 160 years? Charlotte Brontë wrote her novel seven years before her death at age 38; it was an instant success and has never gone out of print. And there have been more than a dozen cinematic versions, including films made in India, Hong Kong and Mexico.

This latest iteration, by 33-year-old second-time filmmaker Cary Fukunaga, has been billed as a gothic horror tale (presumably to grab a ride on the vampire bandwagon). But what stands out is the blue northern light — Calvinist and painterly — captured by cinematographer Adriano Goldman. These daylight scenes, when Jane steps from the shadows of Victorian convention, are what bring the film — pierced through with intelligence and beauty, both physical and metaphysical — so close to the spirit of the book. His camera caresses the ancient walls that separate the wildness beyond from the cultivated gardens within, the confines in which Victorian women lived.

Screenwriter Moira Buffini recognizes that the story is as much about a woman’s coming into her own as about romance. She has given the novel contemporary cleanness and speed, shaped a powerful love story, and maintained Brontë’s revolutionary vision of a woman’s right to live as “a free human being with an independent will.”

Mia Wasikowska (The Kids Are All Right, Alice in Wonderland) was 19, same as Jane, when this film was made. But her eyes are ageless. Most remarkable is her ability to think so much and feel so keenly behind those eyes, while her face remains quiet. Her Jane is vulnerable, and there is something irreducible about her dignity, something fearless in her spirit.

Thanks to Wasikowska’s beautifully sensed performance, this Jane Eyre is thrillingly alive and transfixingly contemporary. 