Jamilee Polson Lacy strays with Have I been here before? 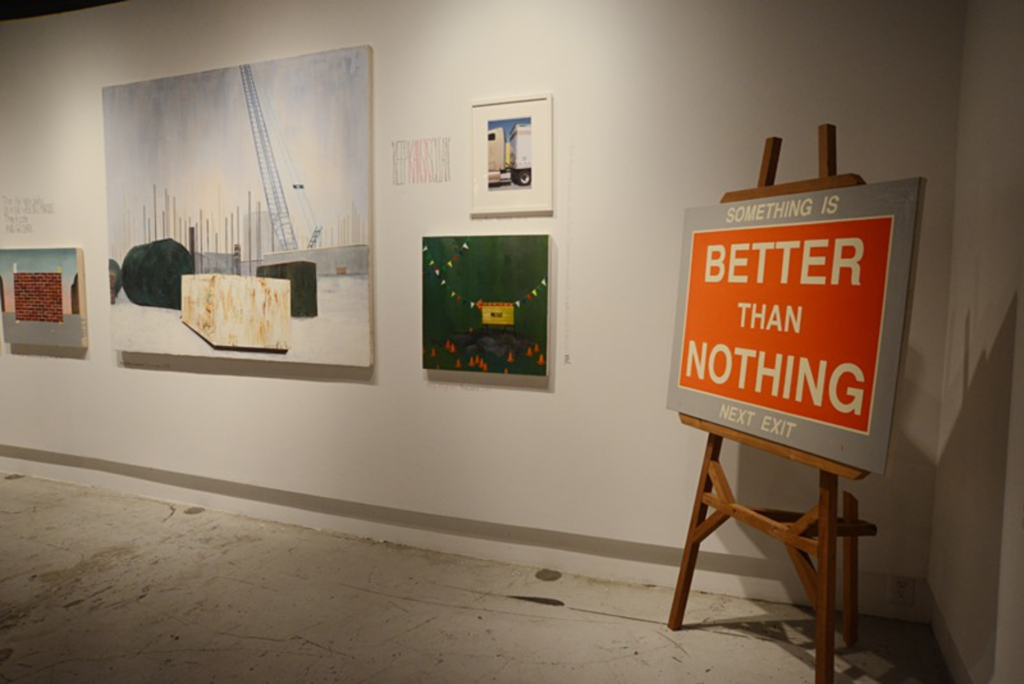 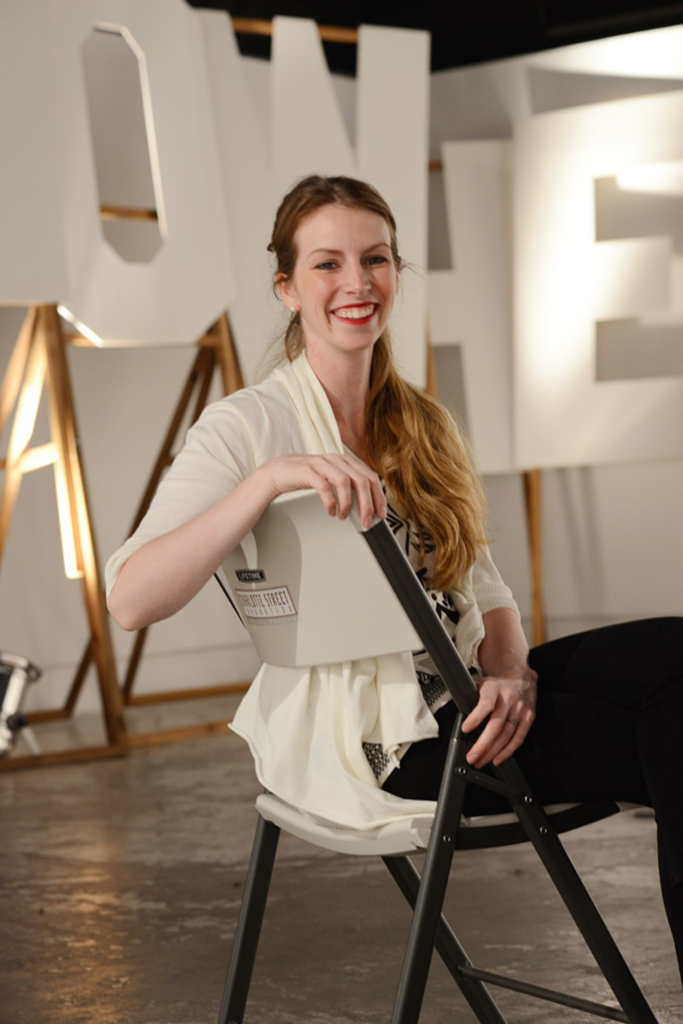 Jamilee Polson Lacy greets me inside La Esquina. “Tell me about you,” she says with earnest enthusiasm, her smile warm.

But I’m at the gallery to learn more about Lacy, the Charlotte Street Foundation’s first curator-in-residence. Her inaugural Charlotte Street exhibition, Have I been here before?, is hours from its First Friday debut, and I expect to meet someone less calm and friendly. But the longtime resident of Chicago, who grew up in a small, rural town near Columbia, Missouri, isn’t putting up a front. On the eve of this show, which consists solely of Kansas City artists, she’s eager to have a genuine conversation.

Lacy has been here only two months, but she has embraced the city and its artists with just that kind of openness and unadorned curiosity. It’s clear that she really does want people — local artists, for this exhibition’s purposes — to tell her all about themselves.

“I wanted the show to be really collaborative so I could introduce myself to the city and have the city introduce itself to me,” she tells me as we stand in the gallery, surrounded by more than 60 paintings, drawings, sculptures, photographs and prints by 16 artists and one collaborative team. She’s co-teaching a course for the art department at the University of Missouri–Kansas City, and students there have assisted with graphic design and writing for this show.

The Charlotte Street Foundation residency marks a natural extension of her interest in urban space (and in collaboration). In Chicago, Lacy directed the Twelve Galleries Project, for which she and a team of volunteers cleaned up empty rental spaces for monthlong, site-specific installations by emerging artists in neighborhoods throughout the city. Charlotte Street’s Urban Culture Project was founded with the goal of activating empty retail and office spaces in the urban core. Her tenure here includes curating two additional exhibitions at La Esquina.

Since coming to Kansas City, Lacy has been to six or seven studios a week, she says, and some of the works she has encountered on those visits appear at La Esquina (a few in unexpected ways). She approaches artists without an agenda, endeavoring instead to learn about their practices and add them to the network of connections she has made across the country.

“It’s important for me to meet with an artist and just be generous with them instead of them giving to me,” she explains.

Lacy’s generosity and enthusiasm are visible on the gallery walls. Have I been here before? has a great deal to look at, with many pieces hung closely together (in some cases, just inches apart), and also a lot to read. Her open call for writing on the exhibition’s theme attracted submissions by 39 authors. Selected quotes are scrawled on the walls alongside the art.

Her own exhibition text centers on the way memory colors our perceptions of place. “Like the real things, memories of places take up a lot of space,” she writes. “They crowd one another. They push and they shove. The mind’s eye struggles to keep order…. Have I been here before? presents these memories and places in its own attempt to capture just what is so familiar about this place, that place or any place.” She goes on to posit that artists in this show have created images of real places informed by (or combined with) false memories, a tactic that provokes the déjà vu referenced in the exhibition’s name.

Even after you’ve read Lacy’s essay, though, the works in Have I don’t feel unified by her thesis (or anyone else’s). She has chosen some good art — much of which stubbornly refuses to stand under the umbrella of her ideas about place and memory. These landscapes, domestic interiors and photographs — the categories that dominate this show — aren’t easily reduced to the show’s hoped-for exploration of “this place, that place or any place.” Mike Sinclair’s photograph of the old Katz Drug Store on the corner of Westport Road and Main Street, for example, shows us a building at a particular moment, but that’s not what makes the image remarkable. Ditto Erin Noel Russell’s found snapshots, which she has altered with gold and silver leaf or muslin to eerily obscure the people who serve as their subjects. Trying to map what’s evocative in these works to Lacy’s thesis would be reductive to the art (and wouldn’t serve Lacy’s essay well, either).

Judith G. Levy’s “Panoramic Postcards,” on the other hand, would seem a perfect fit to the show’s conceit. Her witty tableaus resemble antique postcards of tourist sites but are newly imagined destinations manufactured using depictions of various real locations, sliced up and recombined as dark figments of the collective subconscious. Levy uses the familiar quaintness of penny-postcard imagery to reopen dark chapters of American history, such as slavery and the U.S. government’s treatment of Native Americans. Yes, Levy’s art answers, we have been here before. But the firmness of that vision (along with its deeply nuanced execution) ends up out of sync with Lacy’s design.

That’s a hazard of any wide-lens curatorial effort, though, and Lacy seems comfortable with the risks of letting the art speak for itself. She tells me that her aim in assembling Have I was to encourage multiple interpretations: “Unlike many shows where the curator sets up a fixed relationship, that doesn’t happen here, thankfully.”

Lacy’s decisions regarding the works’ display give plenty of opportunity for viewers to create their own connections among works, both written and visual. “They crowd one another. They push and they shove,” she muses in her essay. She’s talking about memory and its fragmentation, but the declaration aptly describes how this show’s many individual pieces interact with one another. The proximity of so much formally accomplished and conceptually layered art is the most striking aspect of this show.

At one point, I ask Lacy what she thinks about the art scene here, and she answers, “I’m amazed at the depth and breadth of the work being created.” And so she seems to have set out to illustrate that impression by including as much as this space would hold.

Yet somewhere in all that pushing and shoving and instability, there are new ways to look at works that have been shown in Kansas City before. Even gallerygoers long on a first-look basis with pieces by John Ferry and Jaimie Warren won’t expect to see Ferry’s painterly interior studies on display above Warren’s photograph “Untitled (Naoko, Squid Teeth),” a close-up of teeth covered in an inky black substance. What either artist is saying about place or memory is debatable, but here Lacy shows how canny her instincts can be.

Lacy’s fresh perspective, that of an eager and hardworking out-of-town curator, promotes reconsideration — if not exactly the kind she seems to have had in mind. Her first Charlotte Street exhibition falters under the weight of its rhetorical ambitions, but it demonstrates a surprisingly swift and unusually sympathetic comprehension of Kansas City’s artists. So I’ll take a cue from Lacy and remember Have I been here before? a little falsely, with a different title: I’m glad to be here!