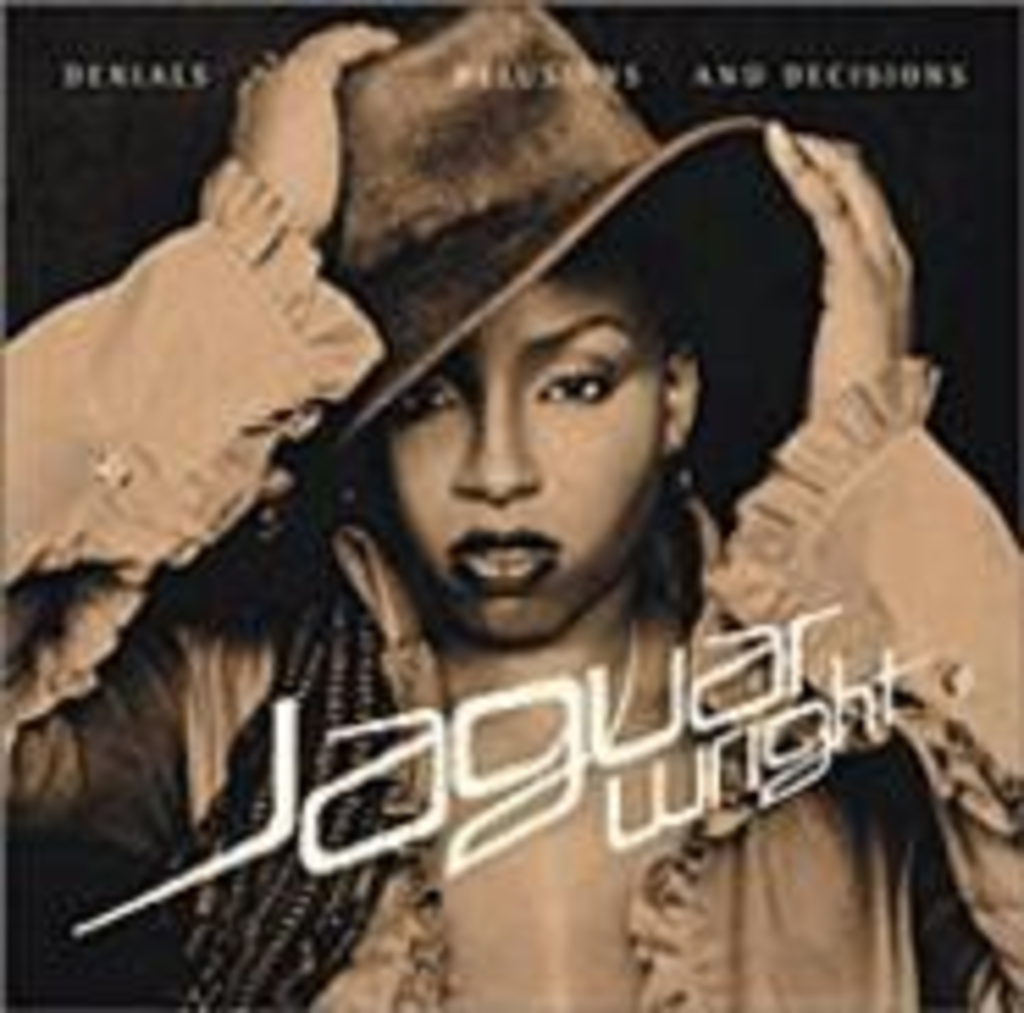 Can we declare a moratorium on stars’ flipping off the camera? As a gesture of rebellion, the photo-shoot middle finger is sooo twentieth century; at this point, an artist would be served as well by donning a raccoon coat and strumming a ukulele. When even MTV’s Carson Daly, perhaps the least threatening celebrity younger than Ed McMahon, assumes the position in Rolling Stone, the bird has clearly become a played-out gesture.

More to the point, why would people want to flip off an audience in the first place? Take Jaguar Wright’s debut, Denials, Delusions and Decisions. Inside the jewel box, this neosoul singer grins damn-near maniacally as she flips off all the fans she hasn’t even made yet. Well, nice to meet you, too.

Fortunately, Wright’s disc isn’t as juvenile as that introductory image. At its best, her music essays some decidedly adult and ambivalent emotions. “The What Ifs,” the opening track and first single, is downright complex. Over lazily percolating funk and pensive Gamble & Huff-style strings, Wright means to brush off a cheating lover. Yet when she boasts It don’t hurt no more …when I see you with that other bitch, it’s plain her boast is denial, delusion or both. More revealingly, her most repeated inquiry — What if you were that nigga I fell in love with? — isn’t only directed at her ex.

Wright comes from the same Philly scene that nurtured Jill Scott and the Roots — indeed, her “Same Shit, Different Day, Pt. 1” is a bit too similar to Scott’s well-known “A Long Walk” — and like other neosoul acts, Wright’s musical settings often converse with the legends of ’70s soul. “Love Need and Want You” begins as lushly as vintage Barry White, for example, and “Too Many” rides a snarky, synthy bass line that’s pure Rufus; “I Can’t Wait” (featuring D’Angelo protégé Bilal) is Stevie Wonder by way of Prince. Always, though, her music has a contemporary edge, particularly when she’s testifying over the kind of herky-jerky beats popularized by Missy Elliott. Most promising, the Rasta-jazzy ballad “Self-Love” has Wright deciding against hard-ass, photo-shoot posturing in favor of something harder: Be true to your self; be you for your self … love, love, love.