Jackson County pays its various board and commission members way more than other local governments do. Why? 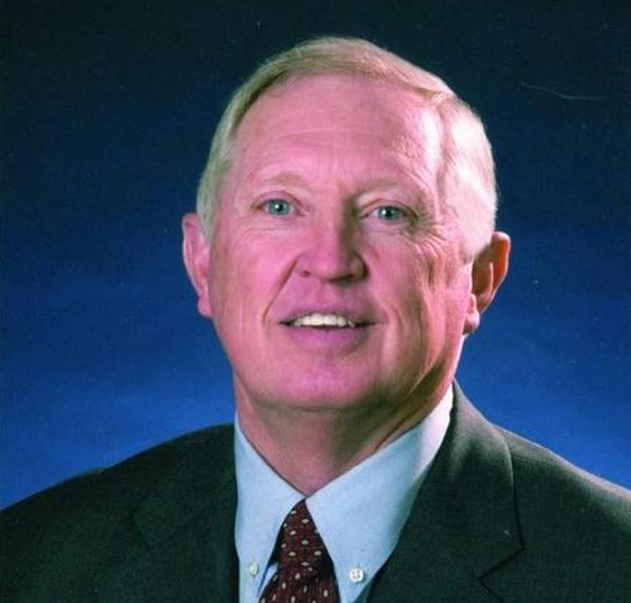 In February 2015, longtime Jackson County Legislator Dennis Waits introduced an ordinance to raise the pay for persons serving on two of the county’s commissions. The nine members of the Drug Commission and the five members of the Merit System Commission would now make $700 a meeting.

It was quite a bump.

Drug commissioners — they’re responsible for overseeing the $26 million the county generates from COMBAT, the quarter-cent anti-drug sales tax — were making $200 a meeting at the time. Waits’ proposed ordinance meant a 250 percent pay raise.

Merit-system commissioners — tasked with hearing appeals regarding terminations, disciplinary actions, salary adjustments and other human-resources issues related to county employees — were earning $50 a meeting, though an existing county ordinance stipulated that they make at least $2,000 per year for their services. Now they would be making $8,400 a year for those same services.

Waits’ ordinance passed unanimously and was swiftly signed by Mike Sanders, the county executive at that time.

A year later, Waits felt it was time for another pay raise, this time for the Board of Equalization. Its members — there are three, and their duty is to hear tax appeals from property owners over county assessments — were each making $15,000 a year. Waits, along with fellow legislators Gregory Grounds and Garry Baker, co-sponsored an ordinance increasing their pay to $21,000 a year. The ordinance passed without any opposition. 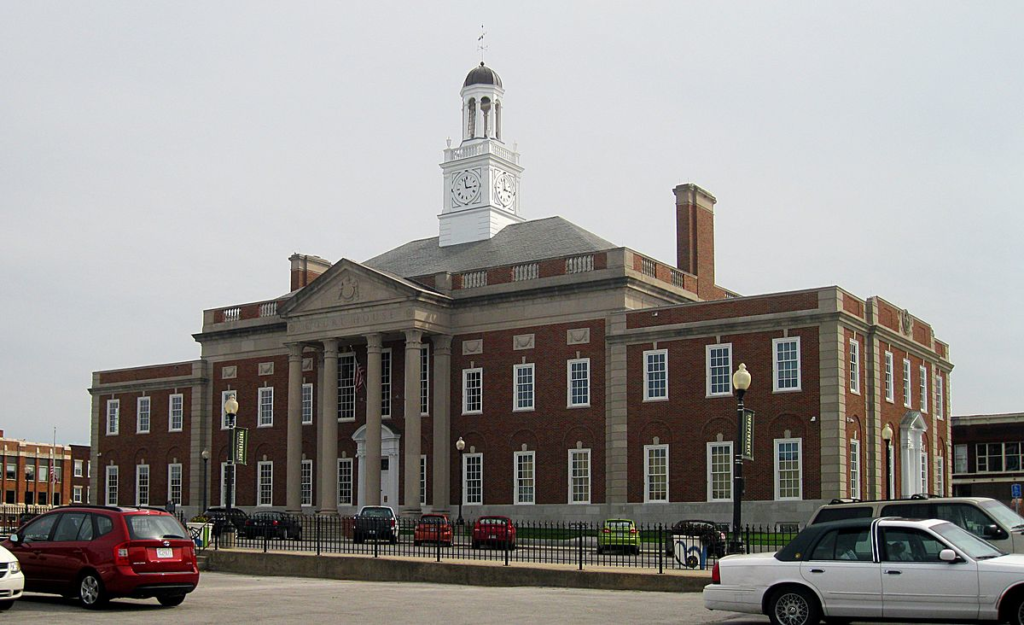 Every local government has specialized boards and commissions on which civically engaged residents sit. There are more than 100 in Kansas City, Missouri, government; examples include the Air Quality Appeals Board, the TIF Commission and the Board of Zoning Adjustment.

There are advantages to serving on these boards and commissions besides the unalloyed joy of improving one’s community. You can brag about it on your résumé or your business’ website. You can use the position to network. It can be a stepping stone to elected office. But direct financial compensation is rare.

“Members of boards and commissions do not receive any salary or compensation for their service,” says Kansas City, Missouri, spokesman Chris Hernandez. “They are volunteers who help the city by providing advice and recommendations in many areas of city operations. We appreciate their service.”

In Wyandotte County, only the Planning and Zoning Appeals Commission is paid. The members receive $100 each month in mileage reimbursement for driving around to the various properties about which they render decisions. All other appointed members of boards and commissions are unpaid.

Up north, in Platte County, Planning and Zoning Authority members get $15 a meeting to cover gas expenses. The Board of Equalization gets $15 an hour when meetings are held.

“Those are rare, though,” says Daniel Erickson, Platte County planning director. “They meet maybe once or twice a year.”

Jackson County, with its population of nearly 700,000, is much larger than those counties. Perhaps Johnson County, Kansas, home to 575,000 residents, makes for a better comparison.

“None of the appointed boards or commissioners are paid,” says Johnson County spokesman Austin Falley. “They’re all volunteer.”

What about St. Louis County — the largest in Missouri, home to over 1 million people?

There, Board of Equalization members are paid $45 an hour. Joseph Craven, the office manager for the St. Louis County Board of Equalization, says that during assessment years, the three members work “at least 25 hours a month, and more in the summer.” He estimates that, in a busy assessment year, the board members could put in as many as 400 hours, which would work out to compensation of $18,000.

Legislator Garry Baker, who co-sponsored the 2016 pay increase, sent over the following statement explaining his position:

“Approximately a year ago, the Jackson County Legislature passed, with no member voting against, an ordinance to increase the Board of Equalization’s compensation. The Board of Equalization has a high number of tax appeals. During tax appeals, the three-member panel can work long hours, sometimes up to twelve hours a day listening to citizen’s appeals. Because of the complex nature of the issues they hear, current and past board members have been lawyers, CPAs and real-estate professionals. The ordinance helps the administration to select and retain qualified and dedicated persons to such an important position.”

While it’s true that no member voted against the 2016 Board of Equalization’s pay raise, Legislator Crystal Williams abstained from the vote.

“I serve on the Health Commission in Kansas City, and I take it seriously, and I love the opportunity to serve, but nobody gets paid,” Williams says. “This [paying of boards and commissions] is a tradition set up long before I got to the Legislature, and part of the reason I don’t like it is that it smacks of patronage to me. But when I’ve voiced my thoughts about this, there hasn’t seemed to be much appetite to take another look at it.”

Williams continues: “With regard to the Board of Equalization vote, I think the justification for the pay raise was that they do very hard work and have long deliberations and spend a lot of time during specific months performing their duties. And I recognize that. But they were already pretty well-compensated. I mean, there are full-time hourly wage earners at the county who don’t make much more than $21,000 a year.”

The COMBAT program is unique to Jackson County, making it difficult to measure drug commissioners’ pay against an equivalent in another local government. But what about the Merit System Commission? Here, too, a comparison to the much larger St. Louis County is instructive.

There, the Merit System Commission is called the Civil Service Commission. The chair makes $1,800 a year, and the other two commissioners make $1,500 a year. Recall that the merit-system commissioners make $8,400 a year in Jackson County. That means the merit-system commissioners here make about five times as much money as their counterparts in St. Louis County — despite the fact that St. Louis County employs nearly three times as many people as Jackson County does.

In his ordinance proposing the merit-system commissioners’ pay bump, Waits gave as reasons only that “the compensation for members of the Merit System Commission has not been adjusted since 2001,” and that to adjust it “is in the best interests of the health, welfare and safety of the citizens of Jackson County.”

Setting aside the question of whether these commissioners should be paid in the first place, most would agree that it’s reasonable to increase the pay rate of a county position that hasn’t been changed in 14 years. But an accurate adjustment for inflation between 2001 and 2015 would amount to a $700 annual raise for the commissioners. Waits’ ordinance gave them instead a $6,400 annual raise — nine times that amount.

Tony Miller, a Legislator who voted in favor of the pay raise, explains his support of it as “a policy decision at the time to professionalize these boards and recognize the work of their members.” He says the per-meeting pay rate takes into account the time spent preparing for meetings as well as additional meetings beyond the cap of paid meetings.

He goes on: “For example, when I was on the Drug Commission, we were paid for six meetings per year. However, we had closer to 10 or 12 meetings. We also did numerous public events and attended meetings of the Legislature. This is a good value because the taxpayer doesn’t have to pay for a full-time position but they get more than part-time work out of the board or commission member.” 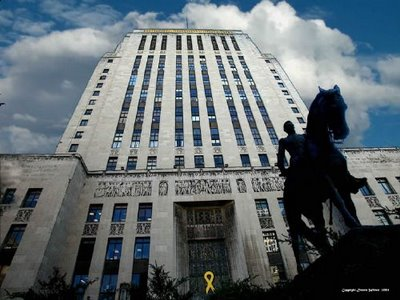 I asked Angie Jeffries, communications director for the county, why members of some of these boards and commissions are paid so handsomely, while others aren’t. (The Housing Resources Commissioners, for example, are unpaid.)

“State laws that authorize the creation of some of the boards also set maximum compensation, or provide that members can’t be compensated,” Jeffries said. “Neither the Drug Commission, MSC [Merit System Commission], nor BOE [Board of Equalization] has compensation limits under state law.”

Waits, who sponsored both ordinances and has served in the Jackson County Legislature for more than 30 years, didn’t return multiple phone calls seeking comment. The receptionist at his Independence law office finally told me not to bother anymore; Waits had informed her that he would not be answering my questions.

“This vote was conducted openly and noticed to the public in a timely manner, therefore it was available for public comment prior to the unanimous passage,” White tells The Pitch in a statement. “The time and work undertaken by these community leaders on behalf of Jackson County’s citizens is greatly appreciated by myself and all the associates of Jackson County as well as by the general public.”

After two and a half years of work, Rebecca Koop's mosaic mural is finished