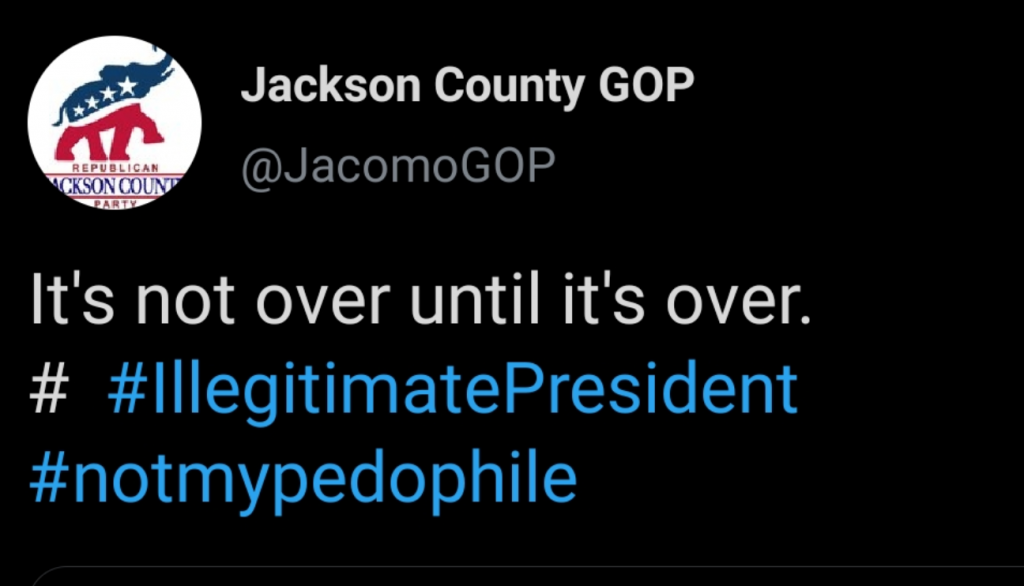 Nov. 3 marked a historic day in which millions of citizens used their right to vote. A record amount of people voted for President-elect Joe Biden and almost immediately, he and other Democratic leaders began calls for unity as we advance as a nation together.

In Missouri, Democrats are beginning the process of finding ways to come together and reaching out to voters who feel disenfranchised in a reasonable and respectful manner. According to a press release by Jackson County Democrats, the opposing side doesn’t feel the same.

The statement mentions a now-deleted tweet from the Jackson County Republican Party, in which it claims that Biden is an illegitimate president and “not my pedophile.”

The rest of the statement and the deleted tweet are below:

While these baseless, dishonest, and insane comments are common among the fringe parts of the far-right lately, nobody should accept them from an official branch of the Republican Party. The erosion of faith in our democracy is dangerous for all Americans and cannot be accepted regardless of political affiliation. The same goes for advancing crackpot and debunked conspiracy theories which many on the right are all too eager to accept if they think it will win them one more vote.

Jackson County Republicans did get one thing right: Biden isn’t their pedophile, it’s Rick Roeber. Roeber was widely reported as an abusive child molester earlier this fall and, while some members of the Republican Party denounced him, Chairman David Lightner, Senator Mike Cierpiot, Representative Dan Stacy, and others stood by him. It’s tragically fitting that earlier today in Jefferson City, members of the General Assembly were in a hearing about horrific abuses of children in private facilities across the state while there is no talk of refusing to seat a monster like Rick Roeber while his victims continue to suffer.

While Democrats here in Jackson County and across the country get back to the business of governing and healing a divided nation, local Republicans are finding new ways to sink lower into the filth that they have created. Adding Rick Roeber to their team should help that tremendously.

We condemn the comments of the Jackson County Republican Party as well as their continued support of child abuser Rick Roeber. For the betterment of the citizens of Jackson County and their faith in our political process, we ask that they accept the reality of Tuesday’s election nationally and also call for Roeber to be expelled from the Republican Caucus if they decide to allow a child molester to be seated in January. 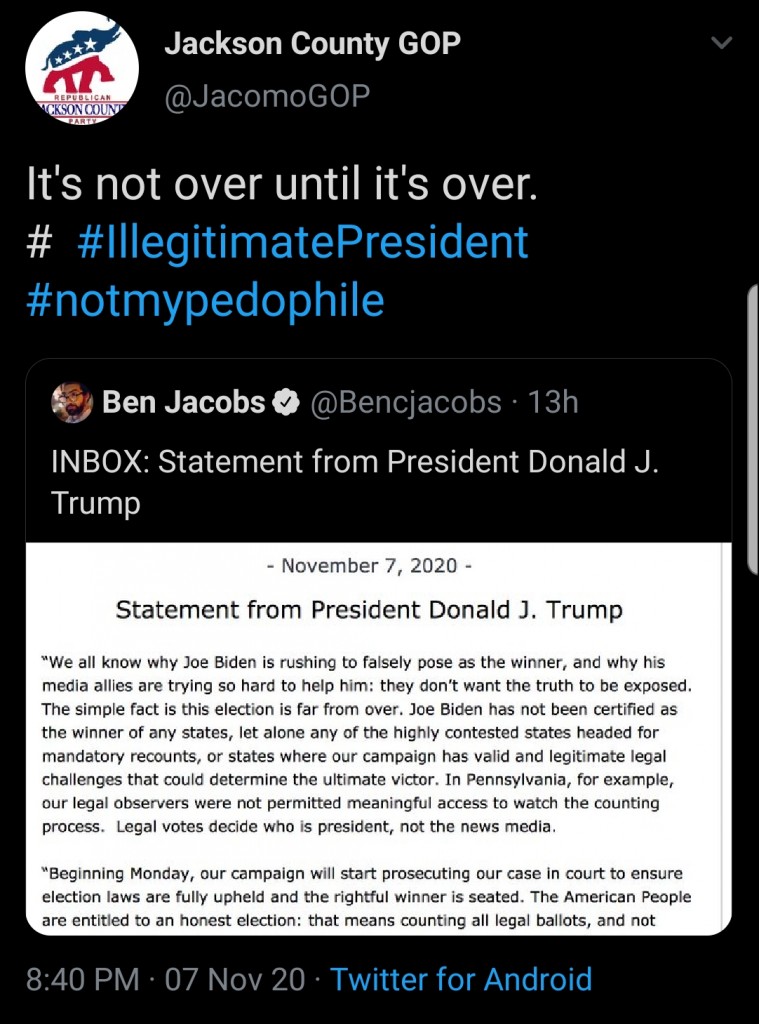