It’s not enough for cakes to look pretty; they have to smoke, too 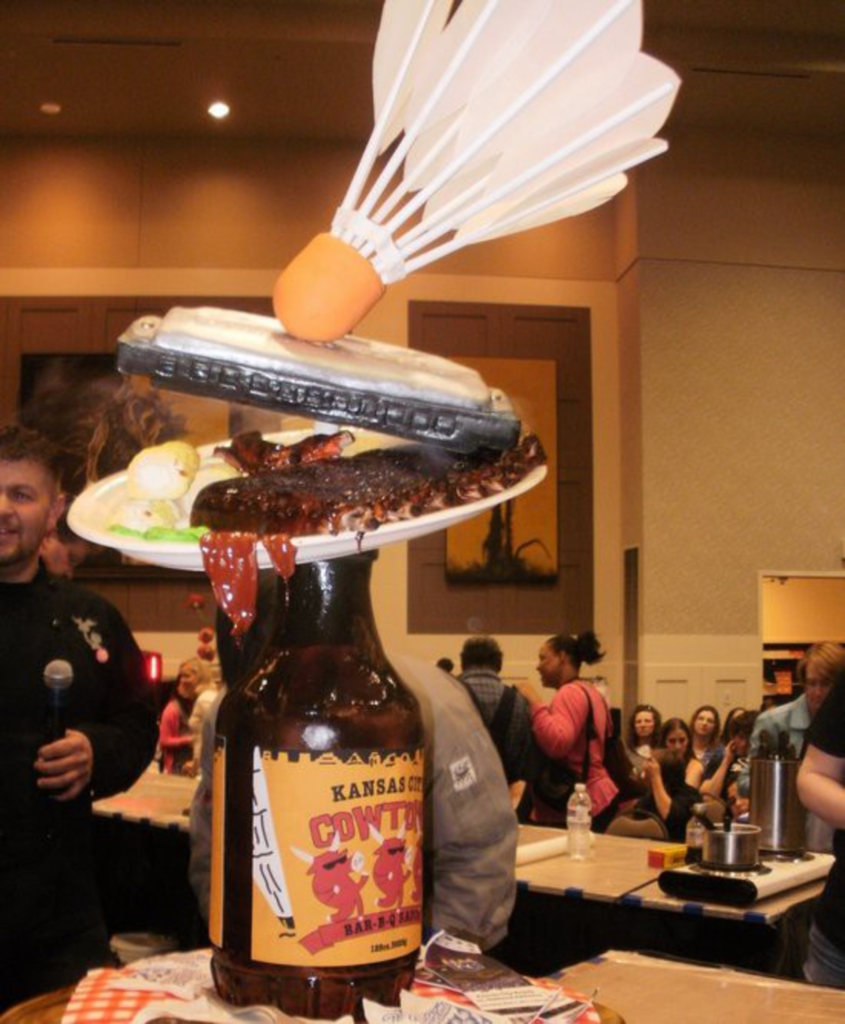 Local celebrity — and reality TV cake-design champion — Mike Elder brought in four of his friends, all national culinary reality-show heavyweights, to compete for handmade sculptural trophies yesterday at the “Icing on the Cake” sugar exposition and competition, a benefit for the local domestic-violence shelter Newhouse, at the Overland Park Sheraton Hotel; the fundraiser netted $15,000 for the organization.

It was a particularly terrific night for California-based Debbie Goard of Debbie Does Cakes: The Oakland designer won both the “People Choice” prize — voted by the 450 participants at the event who used cash instead of ballots — and the judges’ prize for her towering construction that had, like all four competing cakes, a Kansas City theme.