It’s all about boundaries, baby

MAAC fights back in the fashion world 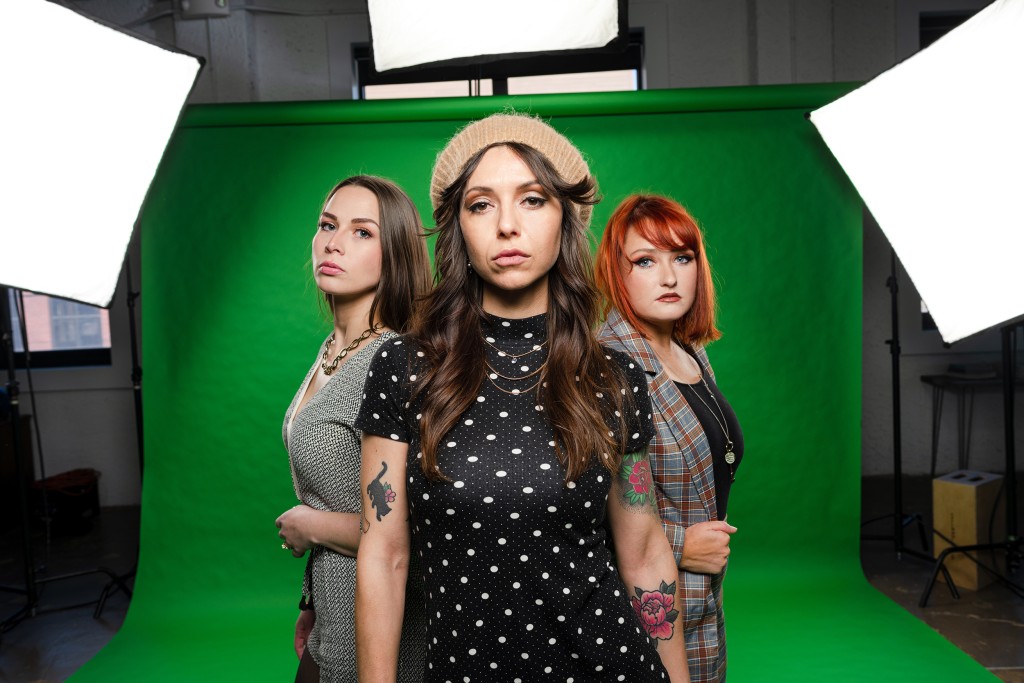 In February 2021, Bianca Alonzo, a model and self-described “numbers person,” launched a survey designed for and shared with several of her peers in the Kansas City fashion industry. Her goal was to gather enough responses to gauge the prevalence of sexual misconduct in the local scene.

“I started seeing the numbers come through, and they were shocking. Sixty percent of the people that I surveyed said they had experienced either a push back on boundaries or had been in a shoot where a photographer had been pressing for models to shoot beyond modesty level,” Alonzo says.

Although the informal survey had a relatively small sample size of 31 respondents, the data—along with Alonzo’s personal experiences—indicated a need for advocacy in the Kansas City fashion scene that still wasn’t being met with organized effort.

Last fall, Alonzo got together with her friends, model Kat Mock and designer Audrey Lockwood, and discussed how they might take action to combat these concerns.

In January 2022, they launched the Models & Artist Advocacy Council (MAAC), a Kansas City-based non-profit organization “focused on providing education, advocacy, and resources to prevent and fight predatory behavior in the world of fashion.”

By the time this story hits newsstands, the group will have launched a new website with links to donate, volunteer, or find information on MAAC events. The latter will come in the form of educational sessions designed to provide resources for models, photographers, designers, hair and makeup artists, and anyone else working in greater Kansas City fashion.

“As a brand, we know we need to figure out how we’re going to shift the culture from inside,” Alonzo says. “Something we have said from the very beginning is, ‘How do we create an industry standard?’ Currently, there is no standard, no protocol, no oversight. You really don’t have any sort of entity that’s protecting you. While we understand that, we want to be that entity.”

“I always knew there was a need for this,” says Lockwood. “And I always knew it was something that happened. But I didn’t know that there wasn’t already a resource like this in the community.”

In the fall of 2021, shortly after Kansas City Fashion Week, Lockwood, Alonzo, and Mock talked about their own experiences and decided to commit themselves to creating the change they felt was needed in a positive way.

“We’re all very like-minded individuals, we all work full-time, and we’re all active in creative settings outside of our full-time jobs. So this is an entirely separate endeavor that is important enough to us. And we’re passionate enough about it to make it a priority,” Lockwood says.

Alonzo, an ICU nurse by day, began modeling locally in 2019.

“I had just started branching into shoots and started meeting and working with more photographers . Then, right off the bat, I heard of a model who was drunk and assaulted. My first reaction was, ‘Well, I’m out, I can’t do this. This is not the environment for me’. I mulled it over for a couple of weeks and realized, ‘Wait a minute, why am I backing off? I should be able to enter into this space’,” Alonzo says.

Alonzo crafted her survey as a direct result of these ruminations.

“I started getting really interested in how we can keep this from happening. How can we get more involved? I started talking with [Lockwood and Mock] about resources and tools that we could provide, about consent conversations we could be having on the front end of working with each other,” Alonzo says.

The fashion scene is rife with embedded stigma and stereotypes that silence models from speaking out about their negative experiences.

“You have the #MeToo movement, which is heavily influenced by celebrities and actresses, but then there’s not a lot of sympathy for models when they get into those situations with photographers,” says Lockwood. “A lot of times, blame has been placed on the models because it’s something they wanted to do, or ‘they were asking to be in that environment.’”

A collective advocacy group could be a powerful deterrent and an indispensable resource in the long term.

“There’s a need in the industry for representation in cases where models have experienced sexual misconduct and harassment. It’s something that I feel has been ignored in the past and is much more common than people realize,” Lockwood says.

Alonzo, of course, has the data to back this up. Forty-eight percent of those she surveyed responded that they had been touched without consent at shoots.

“Across industries, anytime there’s a power differential, there is the likelihood, or at least the possibility, for sexual misconduct. We’ve seen it in gymnastics, we’ve seen it in Boy Scouts, and we’ve seen it in the Catholic Church. It’s part particularly risky for models in this industry, because it’s almost seen as, ‘Well, you, your body is the commodity.’ We want to break that cycle that perpetuates itself in these spaces,” Alonzo says.

Mock cites the prominence of a quid pro quo culture in the industry as another hazard models frequently face.

“It’s ‘you do this and I’ll do this for you.’ It’s really hush and you go home and you’re like, ‘That’s just part of the industry.’ It shouldn’t be,” Mock says.

The three decided on the tagline #ItsBoundariesBaby for MAAC’s initial launch on social media.

“At first, we were a little hesitant on the baby part, but it’s like, no, that’s us. That’s who we are. It’s boundaries, baby! It’s really that simple. Just set your boundaries and stick to them. It’s also okay to kind of experiment with what your boundary lines can be. Just make sure that you trust yourself and build your brand,” Mock says.

From the get-go, Alonzo, Lockwood, and Mock had a very specific vision of what they wanted to accomplish as a nonprofit.

“We’ve talked about quite a bit, not wanting to be this entity that just comes in and starts pointing fingers. We’re not seeking to demonize everyone. We’re seeking to bring us all together so we can share the same standard and sort of abide by this law that we create for ourselves. So it’s more of a unification of the different parts of the industry rather than an ‘us versus them,’ or ‘you’re the bad guy, we’re the victim,’” Alonzo says.

Lockwood agrees, describing MAAC’s mission and goals as proactive and positive. The group aims to announce its first event—a panel with speakers from the Kansas City fashion industry—in the coming months. 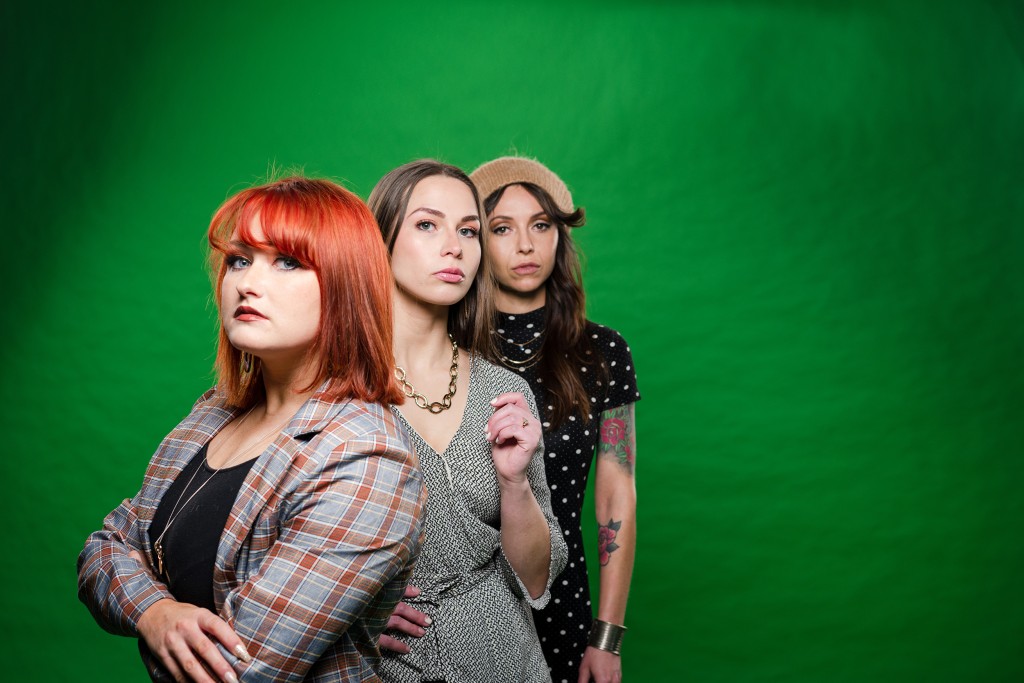 “We’re going to ease into it with something just to let the community know who we are,” Lockwood says. “We’re also going to try as much as possible to be present at local events, letting people know who we are as a resource, and checking to make sure everything is model friendly and safe.”

“One of our campaigns, for instance, will be Red Flags. Part of that education course would be what to look for—things that may not be so obvious. How can you prepare yourself when you’re working with someone you haven’t worked with before? What should you look out for? What should you do when you do experience something problematic?” Mock says.

“A big part of our effort is to not only educate models on safety, but also to educate photographers, designers, hair and makeup artists, and other creatives,” Lockwood adds. “We want to go beyond just the model-photographer relations.”

Eventually, the trio will look to offer voluntary certification sessions for local industry professionals who attend one of these sessions.

Several months ago, Alonzo explains, “These problems were getting a little closer to home for all of us. It’s time, I think, that we all start organically from the inside and say, ‘Hey, this isn’t okay, we can’t tolerate this anymore.’ There are some things that we can do to get ahead of the game. The goal is to offer a pathway—if you ever needed it—on how to approach a situation if something does happen to you or someone you know,” Alonzo says.

The #MeToo movement is one of the defining moments of our current era. At present, there are still battles to be won in all industries and all walks of life. It will come down to grassroots activism, in the Kansas City metro and beyond, from groups like MAAC and its founders. Leaders like Alonzo, Lockwood, and Mock are fighting to develop a new culture—one of transparency, accountability, mutual respect, and solidarity—that will become commonplace in both the fashion industry and in every other facet of human interaction.

“I think the culture has been such that we’re just sort of expected to face these issues, live with them, and that’s just the way it is,” Alonzo says. “But you know, as we’ve progressed as a society, and as these conversations come to the forefront, I think it’s clear that this industry has to move with it. The problem has been defined, we see evidence of it in our practice. What are we going to do about it now?”