Is High on Fire the Next Metallica? 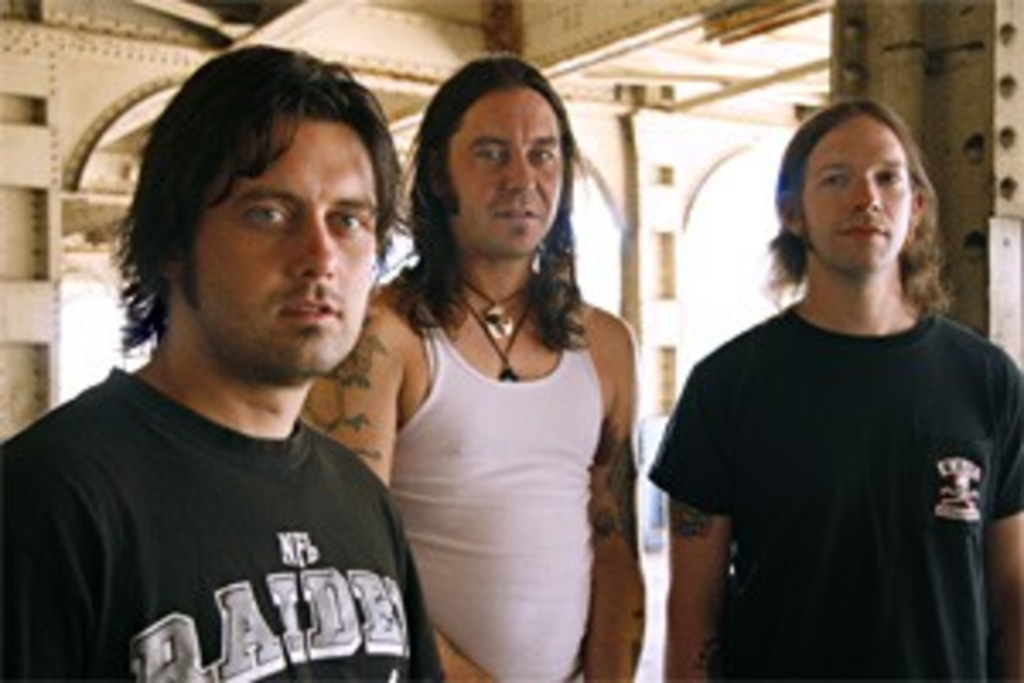 You couldn’t make up a guy like Matt Pike. The singer-guitarist of High on Fire is possibly the gnarliest dude on the planet — with a hellacious band to match. In 20 years on the road, Pike has earned a reputation as the kind of Promethean figure he sings about, a man-beast moving through a musical netherworld, unsheathing razor-taloned riffs in songs about dragons and Cyclopes and drinking kegs like a thirsty raider just back from a slaughter.

Pike came of age in the ’80s in San Francisco, where he saw Metallica and Black Flag play clubs. He learned to play guitar by dropping acid and practicing Slayer’s screaming single-note fretboard workouts. Through the ’90s, he lumbered around the land in Sleep, an obliteratingly loud trio that — according to legend — burned a six-figure advance on weed and Orange amps to record “Jerusalem” (aka “Dopesmoker”), an hourlong song that sounds like Black Sabbath on black tar.

The road through “Jerusalem” killed Sleep, and Pike next convened High on Fire. Working in a somewhat more conventional form, the band was an instant cult favorite. In 2005, the crew made a short move from the backwaters toward the mainstream. The brutal but crisp Blessed Black Wings was recorded with Steve Albini, and soon after, even Rolling Stone took notice of Pike, ranking him as one of the top 20 ax masters in a new generation of guitar heroes.

“Rumors of War” by High on Fire

High on Fire’s seismic fourth album, 2007’s Death Is This Communion, finds Pike dragging metal into the future by regressing — going back through the primal sludge and taking care of unfinished business in the Sabbath corner of the heavy-metal genome.

If stoner metal is the new thrash, High on Fire is the new Metallica — and Communion is its Master of Puppets, a mosh-pit tornado that whirls from lethal speed to poignant instrumental passages. “Fury Whip,” the six-minute gut-grind that opens the new disc, sounds like Motorhead covering Slayer’s “Seasons in the Abyss.” Riding a rhythm that sounds like an oncoming pack of wraiths on horseback, Pike leads an onslaught, shouting, Death tax/Broken backs/Time has come to wield the ax.

Even with its hand-of-doom title, skull-and-bones artwork and tunes to match, Communion isn’t just a full-frontal assault. The instrumental “DII” opens with Skynyrd-style chugging, and Pike marches into a slow, lyrical riff. The dirge ends with weeping strings.

Like Pike himself, Communion is a combination of blunt and sharp edges. Pike channels Motorhead’s Lemmy through a deep acid gargle, roaring battlefield refrains (like, say, Fury whip!) like an advancing warlord. But in tunes such as the seven-minute trudge “Ethereal,” he does it with an impressive depth and control that’s suspiciously close to actual singing.

As James Hetfield once said, dying time is here.