In-flight meals get an upgrade 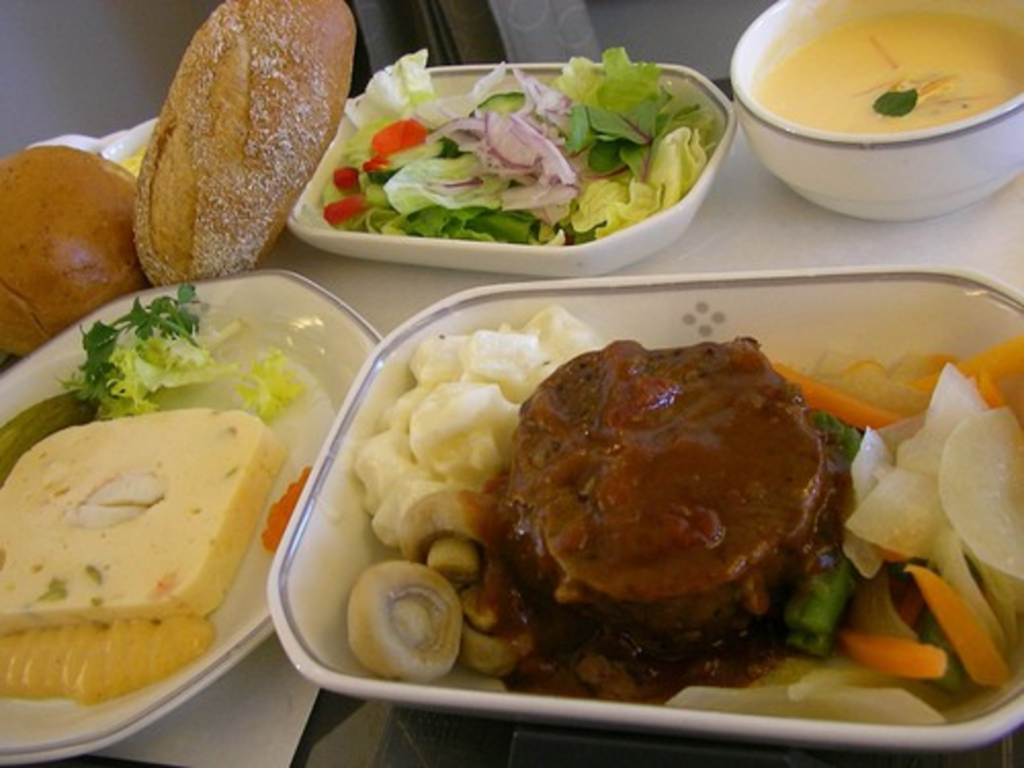 Nobody flies for the food. But while we’re in the air, well-fed customers are happier customers. And as airlines continue to search for additional revenue streams, they’ve turned once again to refreshing in-flight menus in the hopes of winning over fliers.

The Wall Street Journal argues that this move is different because it’s about significantly upping the quality of the food served in coach: sushi (bento boxes on Hawaiian Airlines), premium ice cream (Ben & Jerry’s on Delta), and celebrity chef-inspired dishes (Delta partnered with Todd English).

It’s debatable whether this represents the new normal for in-flight meals or just the latest trend. Airline food was supposed to take a giant leap forward in 2003. Wolfgang Puck had signed a deal with airline mega-caterer LSG Sky Chefs. And LSG began rolling out boxed lunches and dinners based on signature dishes from restaurant partners like Einstein Brothers and T.G.I. Friday’s. Yesterday’s T.G.I. Friday’s is today’s Boston Market — which is American Airlines’ new partner.