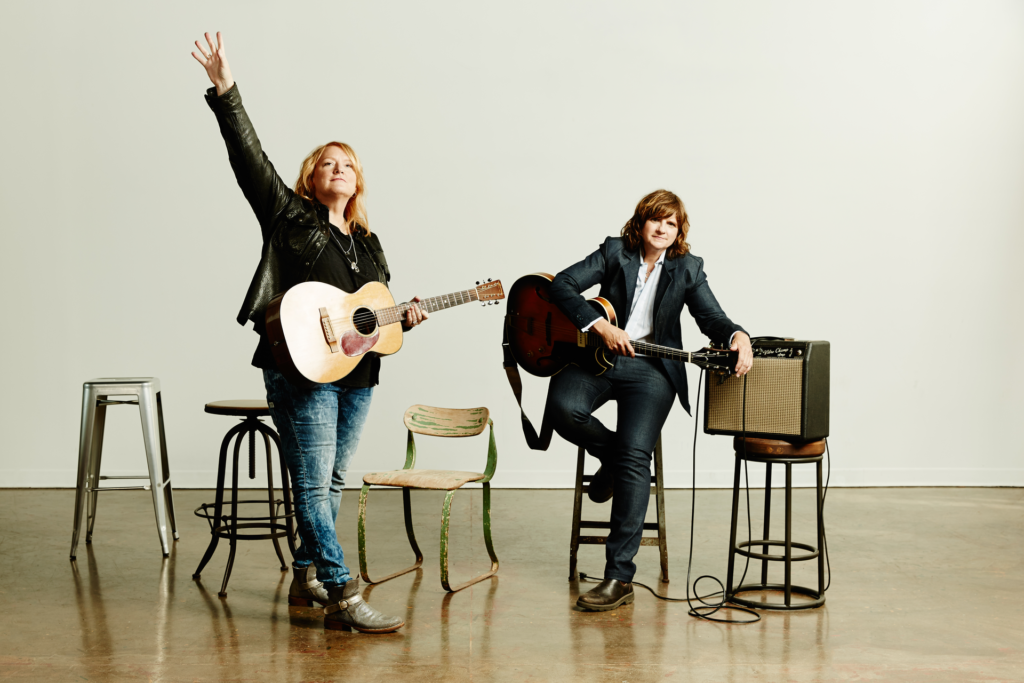 Amy Ray is one half of the iconic, long-running folk-rock duo Indigo Girls. But she cuts an impressive figure off stage as well, supporting causes like Honor the Earth, the Indigenous environmental group Ray and Indigo Girls’ Emily Saliers co-founded with activist Winona LaDuke. (The pair headlined a Water is Life Festival in Duluth this past summer.) Ahead of Indigo Girls’ September 30 — that’s this Sunday — show at Crossroads KC, I recently chatted with Ray about the outdoors.

The Pitch: Given that this show is at the Crossroads, I was curious as to how many outdoor shows the group plays, as opposed to indoor ones.

Amy Ray: During the summer, and the spring, and the fall — when the weather’s good — we play a lot of ’em. Probably half and half. Festivals are outside, and a lot of the times, we play those outdoor sheds and venues like amphitheaters, so quite a lot during the summer. Then, in the fall and the winter, we move inside and play theaters and stuff like that.

Is there a marked difference between indoor and outdoor shows, or is it more of a festival vs. headlining differentiation?

Even within our own shows, that are our own crowd, there’s a pretty big difference. We have a pretty good audience, no matter what — our audience is receptive and sings along and listens pretty well — but I’d say that, when you’re outside, you tend to focus more on going with the vibe, which is kind of a social party. Everybody wants to sing, and it’s festive, so it’s often not as contemplative a lot of the time.

So, you can’t do as many long, introspective songs. I mean, you can, but you’ll lose the focus, so you have to be more careful about how you build your setlist, so there’s more of an active set, where there’s a really good mixture of listening and singing.

Does that mean that, for an outdoor show, you’re more likely to kick off with something that gets people amped right out the gate?

It does change it, and usually you do more sing-alongs and things that are recognizable, because the thing with outdoor venues is that a lot of times, a lot of people go to shows and aren’t that familiar with you, but the venue is fun and there’s food and beer and people that are your friends. Especially that venue in Kansas City: Crossroads is a great venue, and we love playing there because it’s a real festive environment.

Did playing outdoors so much have any impact on your environmental work?

I wouldn’t say that they’re connected, because playing outdoor concerts isn’t necessarily environmental. [laughs] You’re pulling a ton of power, and there’s trash. It’s hard to keep up the recycling. People have tried to make outdoor shows more environmentally responsible over the years, but it’s very hard because there’s a lot of waste. I think there’s been a lot of effort, especially with festivals, to have people bring their own water bottles and use refillable water stations, and not use styrofoam and to have recycling areas.

Honor the Earth was something we started in the early ’90s with some Native American activists, because we were working in the environmental movement and wanted to team up with some Native activists that were really impressive and doing a lot of good work. We wanted to build a bridge between Native and non-Native communities in that work, and that was more of the history behind that.

The Indigo Girls play the Crossroads on Sunday, September 30, with opener Lucy Wainwright Roche. Details on that show here.