Blood Quantum announces what kind of movie it is early on, making a bold statement in its very first scene. You might ask how bold, to which I answer: zombie fish. That’s right. Jeff Barnaby’s indigenous Canadian zombie movie starts with a freshly gutted undead salmon, and it only gets crazier from there.

Blood Quantum feels like a delightfully gory mashup of George Romero, John Carpenter and Dan O’Bannon. Barnaby’s filmmaking has elements of Romero’s social satire, O’Bannon’s “anything goes” humor and gleeful zombie mayhem, and Carpenter’s working class aesthetic and DIY sensibility (in case you’re wondering just how DIY it is, Barnaby not only wrote and directed the movie, but edited and provided its synthy soundtrack). The ambition on display threatens to overtake the storytelling in the film’s last third, but for the most part, it’s proud B-movie fun, told from a unique perspective.

The movie takes place in the remote Canadian Mi’gmaq community of Red Crow, where after the aforementioned fish zombies make their appearance, all manner of dead things start coming back to life. This quickly spreads to include humans, as the town’s sheriff, Traylor (Michael Greyeyes) keeps getting bizarre calls from the dispatcher and Red Crow’s citizens. He’s also trying to protect his ex-wife Joss (Elle-Maija Tailfeathers) and son Joseph (Forrest Goodluck) from the undead hordes, and dealing with the antics of his estranged son Alan (Kiowa Gordon) a troublemaker who goes by the nickname Lysol. 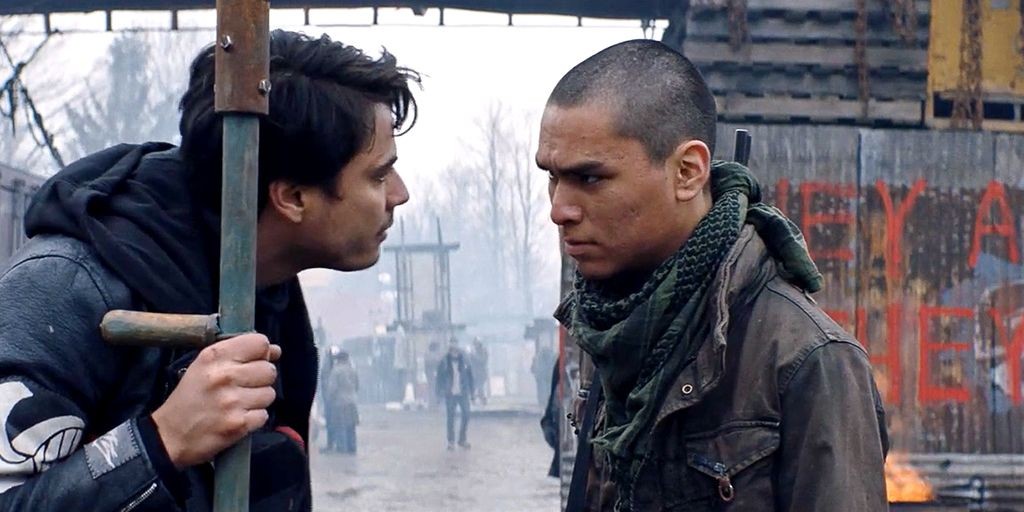 After a nasty 24 hours of zombie destruction in Red Crow, the movie suddenly jumps six months into the future. Red Crow’s indigenous citizens have created their own compound after discovering they’re the only living beings immune to zombie bites. The rest of the world is in apocalypse mode, and in a fascinating reversal of fortune, after centuries of colonization and injustice, the indigenous community has power over the white folks seeking refuge with them. Some, like Joseph and Joss, try to remain welcoming of outsiders. Others, like Traylor, are justifiably wary. Lysol and his friends are actively hostile. All three of these perspectives end up coming into violent conflict.

The first third of Blood Quantum is its strongest, operating with a leanness in its storytelling that Romero and Carpenter would love. The performances aren’t uniformly strong, and some relationships are a little underdeveloped, but that hardly matters. We’re here for good zombie kills, and we get them. The living dead are dispatched in awesomely violent ways, with a matter-of-fact attitude that feels like it’s authentic to the community it’s portraying.

As the movie evolves from Return of the Living Dead into Escape from New York, however, it starts to bite off more flesh than it can reasonably chew. The world Barnaby builds up looks cool and feels right. As the plot becomes more complicated, though, it loses its storytelling economy somewhat, splitting into three separate threads involving unevenly developed characters that are weaker apart than they are together.

Even though it doesn’t quite hold together in the end, there’s still an endearing amount of heart (and, yes, guts, and some brains) in Blood Quantum that make it worth checking out.

You can do just that on the service Shudder, where it’s currently streaming. Non-subscribers who want to experience Barnaby’s movie can get a free 30-day trial with the code “SHUTIN” and enjoy a live watch of the movie with Barnaby himself on Twitter tonight starting at 8 p.m. 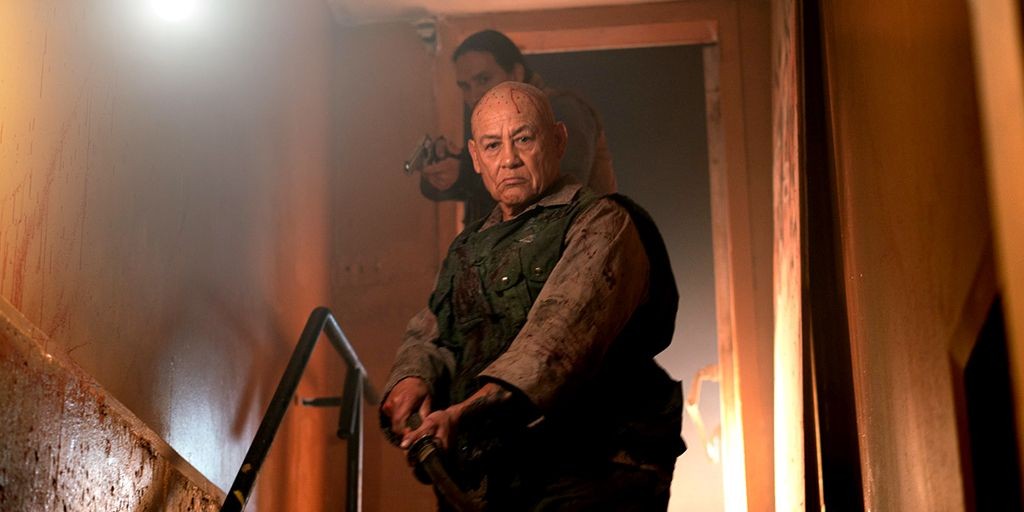