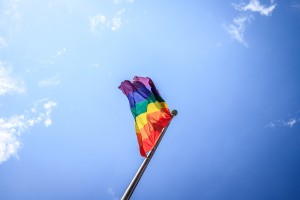 The Independence City Council has rejected a proposal from Mayor Eileen Weir to fly a rainbow flag at municipal buildings during pride month in June. The proposal was defeated by a devastating 6-1 vote.

Weir, who displays the flag outside her office, says this is at least the second time she has proposed flying the pride flag in June. She thought after creating a diversity and inclusion task force in 2019 the council would be more receptive to this idea according to KCUR.

“It’s just a way of recognizing our values and our city about diversity, inclusion, equity, and making people feel welcome, safe in our city,” Weir says.

She says she will introduce the proposal again next year and support other efforts to promote inclusion.

Opposed to the proposal is Second District Councilmember Brice Stewart, who says he is against flying any other flag other than official government flags.

“I don’t think they should be flown on city buildings or properties,” Stewart says, “As a city, I don’t think we should be favoring one organization, group, or movement over another.”

Weir believes the city does not need to stay neutral about its support for the LGBTQ+ community. According to KSHB, Inoru Wade, vice president of the Kansas City Center for Inclusion, says gestures like this are important to let the LGBTQ+ community know it is welcome in Independence.

“It has a vital meaning not only to be represented at an official, municipal government building but also the additional representation of saying you’re welcome here,” Wade says. “And what the council people did, regardless of their intention or not, was say, you’re not welcome here.”

Although not all minority communities have a representative flag, Weir says she would advocate to fly them. If Independence can show support during Black History Month, Women’s History Month, and Asian Americans and Pacific Islanders, why not the LGBTQ+ community?