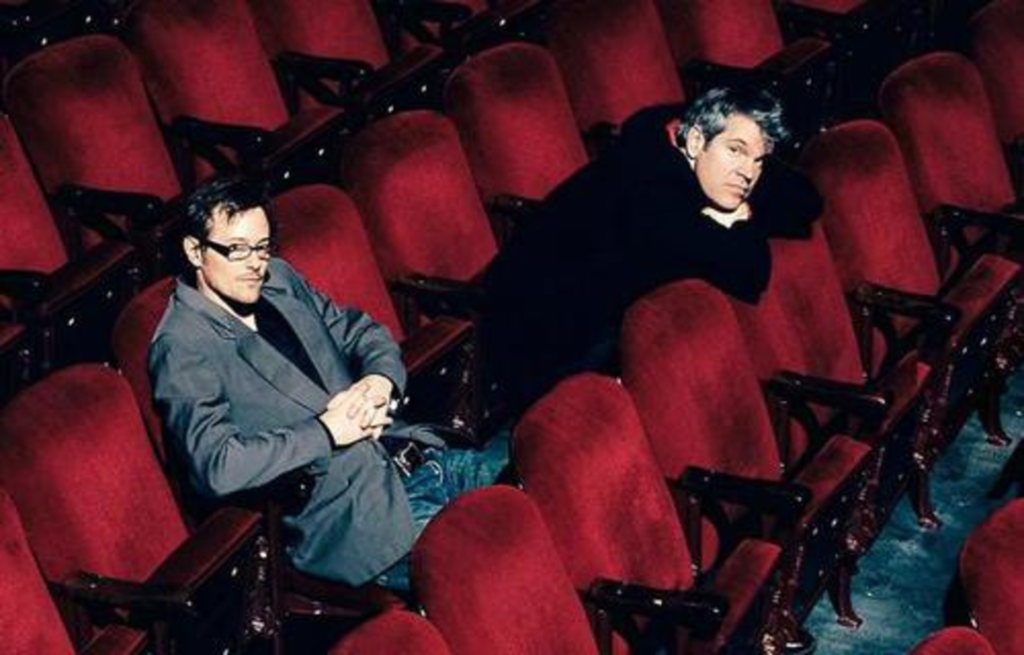 With wry, incisive lyricism and a melancholic, melodic sound, Matt Wilson (of Trip Shakespeare) and John Munson (of Semisonic) create earnest, lilting pop lullabies as the Twilight Hours. But perhaps the Twilight Hours speak best for themselves. Take this description from their MySpace, for example.

“A beautiful name, The Twilight Hours. And the music is ravishing. But who are these two men from Minneapolis? Can the hearts of John Munson and Matt Wilson be as pure as these songs we hear? No. These are two practical and desperate gentlemen who have scrubbed around in the underbrush of music long enough to have touched glory and to have been gored by humiliation. Imagine the most moldy dressing room inside the loneliest bar. Now imagine two middle-aged men on a vinyl couch, crying in their underwear. There have been some sad moments.”

And apparently, there have been happy ones, too: the Twilight Hours are touring in support of their debut, Stereo Night, populated by lush harmonies, catchy choruses and plucky guitar and piano lines.Catch the Minneapolis duo on Saturday, February 6 as they serenade the Bottleneck in Lawrence.