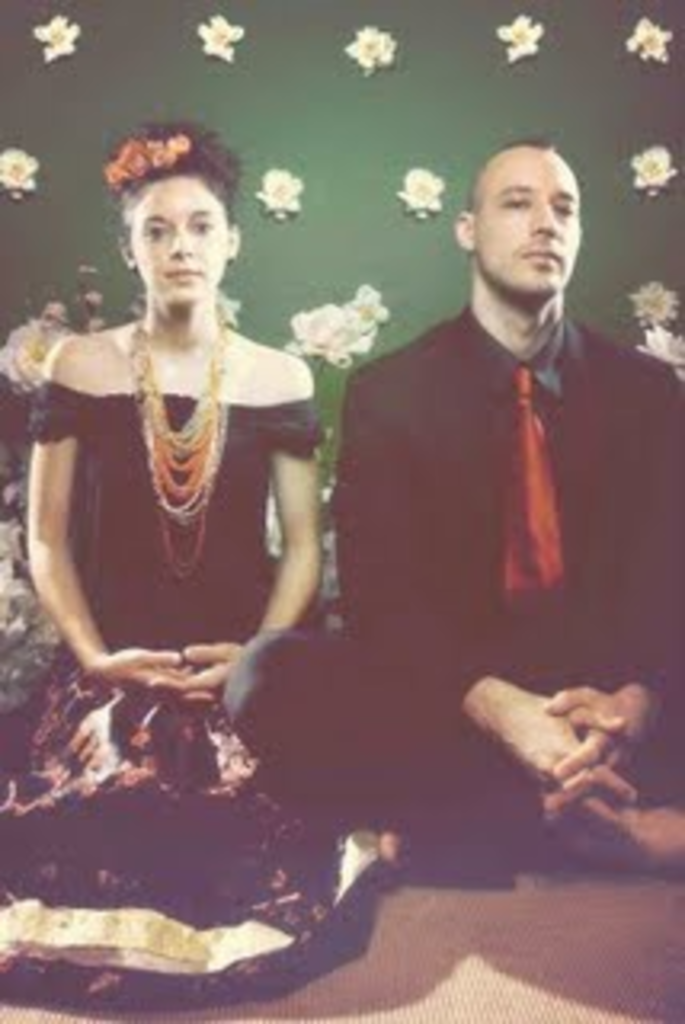 It’s fairly certain that even if I thought this was the worst band of all time, I’d still be posting this, simply because the band is called Mr. Gnome.

The duo’s press kit offers up all sorts of off-kilter pairings to suggest their sound: Chan “Cat Power” Marshall fronting Queens of the Stone Age or Karen O leading Death From Above 1979, for example. Neither of them is entirely accurate. Guitarist/vocalist Nicole Barile and drummer/vocalist Sam Meister never really get raucous enough to justify the comparisons. They get loud, but it’s a lot of the soft/loud dynamic utilized by so many bands, making links between any acts fairly easy. You could just as easily say Mr. Gnome sounds like “Kim Deal singing for TV On the Radio.”

Still, there’s some enjoyment to be found in the band’s music, and I’m curious as to how songs like “Rabbit” turn out live. There’s a lot going on in these tunes, and I’m hoping that they’re not just relying on a synth and a laptop. Their sophomore album, Heave Yer Skeleton, is out in November.