In the Face of Evil 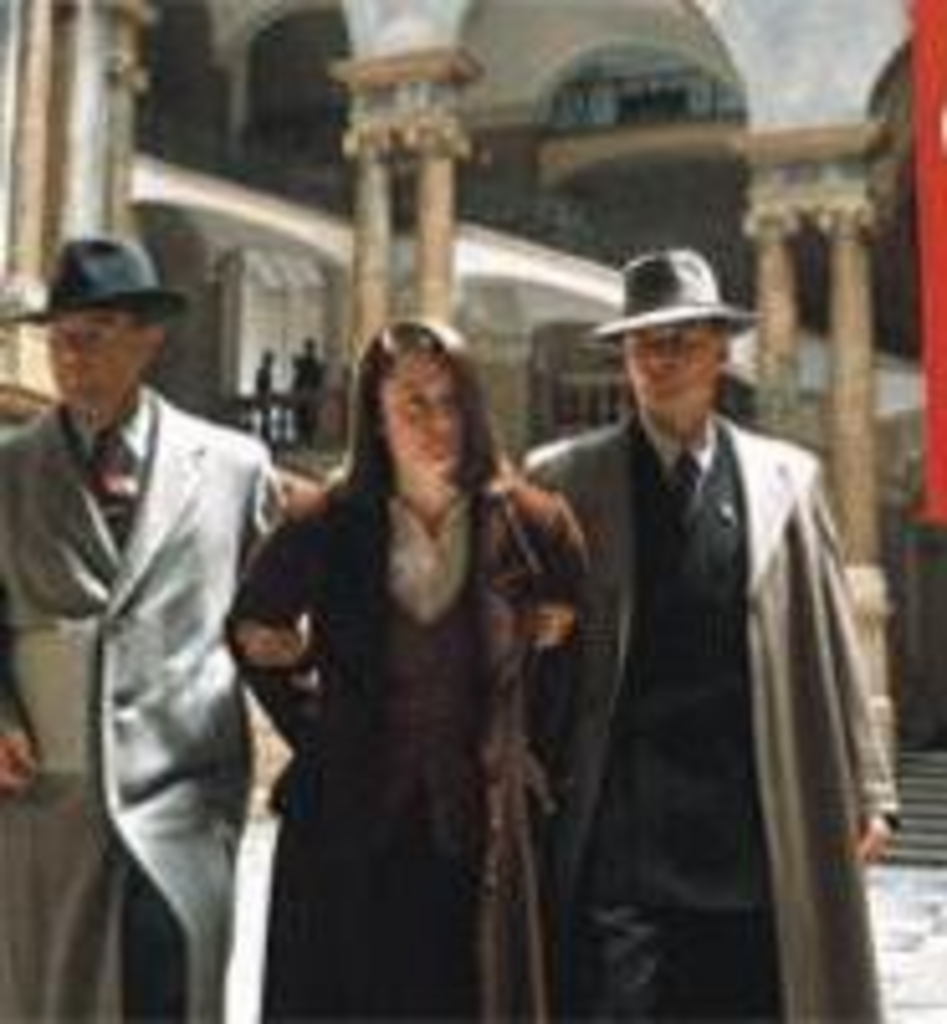 We all want to believe that, even in the most dangerous or frightening of situations, we would have the courage to stand up for our convictions — that we would not name names, that we would not betray our friends or our ideals. Thank God, most of us will never have the chance to find out.

German college student Sophie Scholl was barely in her twenties when she and her brother, Hans, were caught distributing anti-Nazi leaflets at Munich University in February 1943. They were members of the White Rose, an underground anti-Nazi movement that advocated passive resistance. Charged with high treason, the siblings faced imprisonment or even death if they didn’t recant and reveal the names of others in their group.

A devout Protestant, Scholl is considered Germany’s most famous anti-Nazi heroine. All but unknown in the United States, she is the subject of director Marc Rothemund’s Sophie Scholl: The Final Days. The movie, which covers the last days of her life — from her arrest on February 17 to her execution, along with her brother, six days later — was an Oscar nominee for Best Foreign Language Film.

Based on official Gestapo records of Scholl’s interrogation and trial, which were discovered in East German vaults after the divided country’s reunification, the film reconstructs her ordeal. It’s an unusually straightforward account. Sophie (played by Julia Jentsch) and Hans (Fabian Hinrichs) are arrested less than 20 minutes into the proceedings; the bulk of the action is her interrogation by investigator Robert Mohr (Alexander Held) and her subsequent trial.

The film derives its tension from the fact that we’re watching a true story, and the same can be said for its understated emotional impact — understated because the film is never sentimental and because Sophie is unnervingly calm and composed throughout her interrogation. The half-smile that plays on her lips is puzzling at first, until we realize that it comes from a sense of absolute purpose and conviction that would be rare in anybody, much less a 21-year-old woman facing her own demise.

As the interrogation unfolds, Sophie communicates little fear or emotion, which quickly leads to a test of wills between her and her accuser. At first, she denies the charges; she has a plausible answer for everything, and — outwardly, at least — she seems relaxed and confident.

It’s only when the film cuts to her hands, nervously clasping and unclasping in her lap, or to the sudden look of desperation in her eyes, when she stares at herself in a bathroom mirror, that we recognize her true feelings. Only then do we realize what a phenomenal actress Scholl must have been to make an experienced interrogator like Mohr believe she might be innocent. (Interestingly, it seems he wants to believe that she is telling the truth.)

Faced with her brother’s confession, Sophie admits her role with — and, in fact, her pride in — the White Rose. Buoyed by her faith and by her certitude in the righteousness of her cause, she undergoes a subtle transformation: Her facial expressions don’t change much, but a kind of peace settles over her, as though she’s publicly claiming that her act of resistance magnifies what was already a remarkable inner strength. That Jentsch (best known as the burglarizing waitress in the 2005 film The Edukators) is able to communicate this with only small movements is remarkable.

To Jentsch’s great credit, as well as to Fred Breinersdorfer’s screenplay, Sophie is not presented as a martyr, and the film’s wise lack of sentimentality keeps it from falling into the trap of melodrama. But because there is only one brief scene of Sophie before the leafleting episode, the viewer doesn’t get a feel for her pre-arrest personality. This has the effect of blunting the emotional connection between the audience and the character. Fortunately, it does not detract from Sophie Scholl‘s ultimate power. Though we know the story’s outcome, the trial scene and its aftermath are no less shocking and affecting.