In praise of old menus 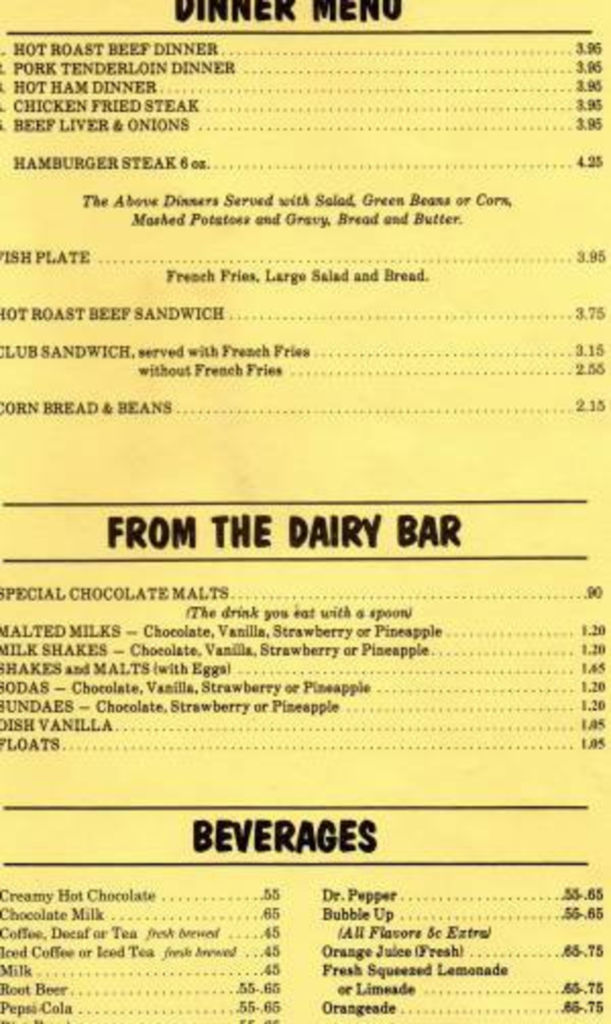 ​In yesterday’s Fat City post about restaurant collectibles, local antique dealer Carol Barta dismissed old menus as not having the same value as old flatware and china because people can’t use them at home on a daily basis. But commenters Colby and Judy disagreed, saying they love to look at old menus.

Well so do I, although sometimes the prices make me cry. The menu pictured here, from an Overland Park burger joint that was popular in the mid-1980s, lists a pork tenderloin dinner with salad, green beans or corn, mashed potatoes and gravy and bread and butter for $3.95. This restaurant had two locations (the other was in Raytown) and the Johnson County site reportedly has a not-too-distant date with the wrecking ball.

Who can remember the name of this long-gone restaurant? The first commenter to guess correctly will be named “Fat City Historian of the Week.” That’s all you’ll get, I’m afraid, since our gift certificate for a free plate of corn bread and beans became worthless when this restaurant went out of business.