In my country there is problem 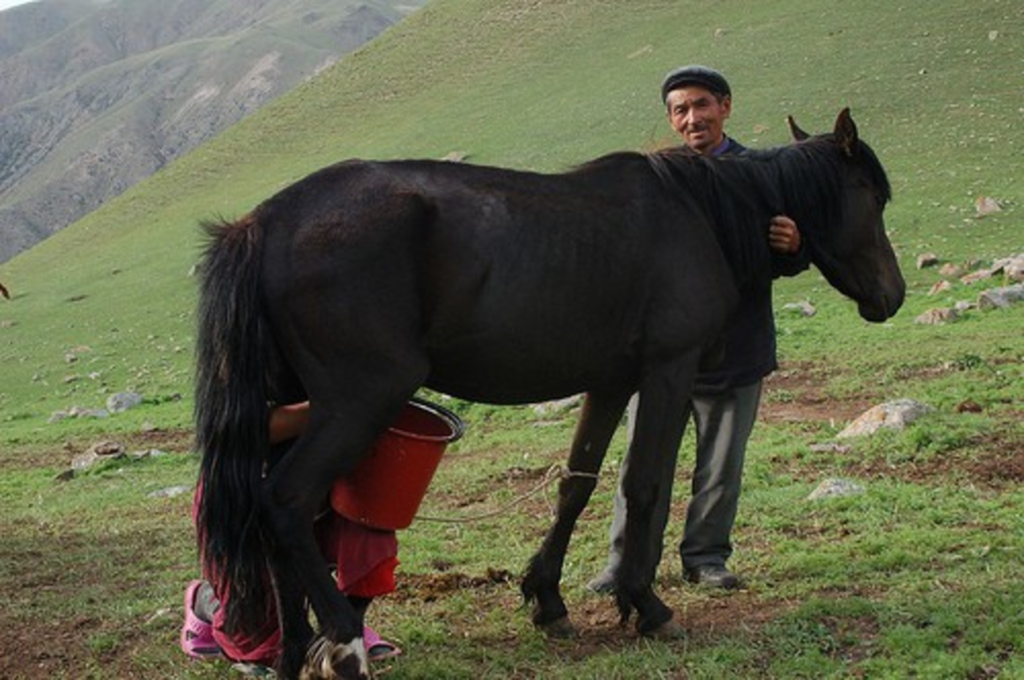 Recently, researchers found evidence that horses were domesticated around 3500 B.C. That’s 1,000 years earlier than previous estimates. By looking at the horses’ bones and teeth, the researchers could tell that the people not only rode them but milked them.

I’ve read and reread the words “horse milk” and they still make me grimace. The researchers were working in Kazakhstan, which immediately brought to mind Borat and it all made sense for a second.

But if people could drink horse milk back then, chances are someone’s still doing it today. Enter kumis.

Kumis is a drink that’s still popular in Kazakhstan, parts of Russia and South America. It’s made from horse milk. Someone long ago figured out that mare’s milk was sweeter than cow’s milk and that if you add a little yeast, it will eat that extra sugar and create alcohol.

Milking a mare isn’t easy, though. They can kick, and they have a unique delivery system, according to Draft Horse Journal: “A lot

a cow, but this is not the case. Each teat of the

mare draws milk from two quarters. If you are milking with

your fingers, envision each teat as having a back half and

a front half. If you stroke your thumb against the rest of

your fingers, you tend to get more milk.”

Kumis is not widely available in the United States and due to its alcoholic content, it can’t really be shipped. There doesn’t seem to be any demand for it, possibly because every outsider who tries it says it tastes “ghastly.” I could only find two Americans who had tried it. George W. Bush and this professor at Northwestern State University in Louisiana:

milk to a simmer. Then it sat in the sun for a while, long enough to

ferment. The result was a slightly thickened, somewhat sour drink that

tastes like (forgive my crude comparison, but I want to be strictly

accurate here) vomit. Oddly, the taste only hits you on the second or

third sip. The first sip left me with the vague impression that I

didn’t like what I was drinking, but I couldn’t quite put my finger on

the reason. At the second sip it started to dawn on me, and at the

third I was suddenly nauseated.