In KCAT’s absorbing Death and the Maiden, the personal is political 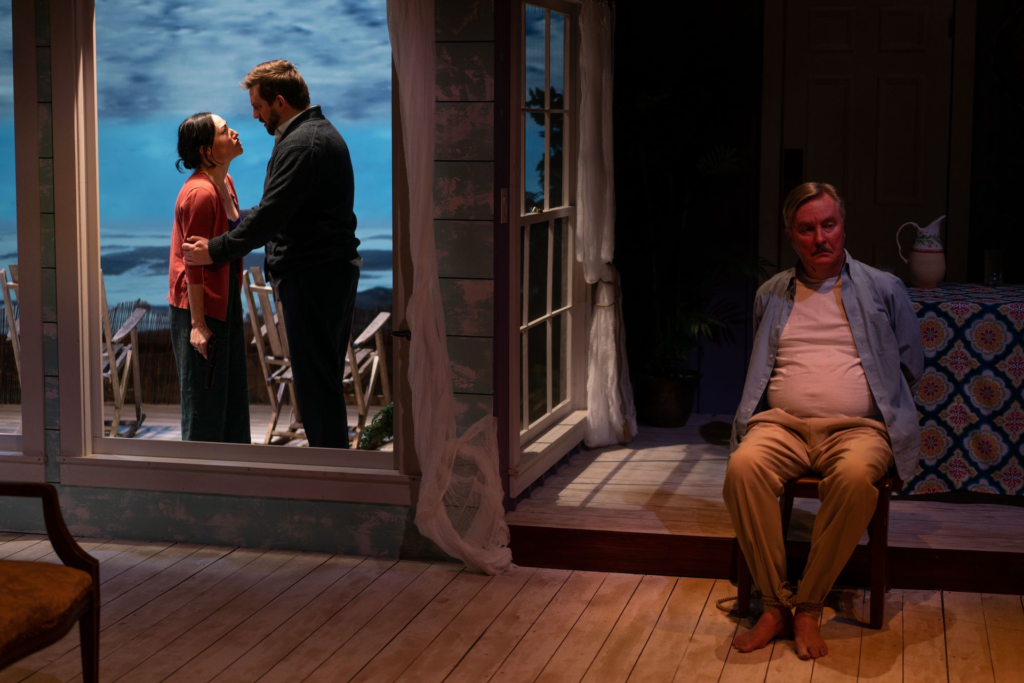 “It’s hard to believe this used to be an internment camp,” Marge Simpson said, years ago, sitting inside Springfield’s new soccer stadium.

Marge’s observation — a darkly funny joke — reflected the fine line that separates democratic from authoritarian rule in a free and civil society. It was, almost certainly, an allusion to what happened in Chile in 1973, shortly after Gen. Augusto Pinochet took over the government in a military coup and Santiago’s national stadium was transformed into a prison camp. (Argentina is also infamous for its desaparecidos, or disappeared.) It has been reported that, in the first months of Pinochet’s rule, 20,000 Chileans were imprisoned and tortured there, 42 murdered (with tens of thousands of more dissenters targeted during Pinochet’s dictatorship).

In Death and the Maiden, a powerful and gripping play onstage at Kansas City Actors Theatre, playwright Ariel Dorfman puts us in Chile a few months after democracy has been restored, in 1990, when the country is attempting to heal after the divisions and crimes of its recent past. The play tells the story intimately, through the individual accounts of a former political captive, Paulina (Vanessa Severo); a doctor, Roberto (Robert Gibby Brand); and Paulina’s husband, Gerardo (Rusty Sneary), a lawyer about to join the new government’s investigating commission, to examine the deaths that occurred under Pinochet’s regime.

It’s an accomplished, KC-star-studded cast that brings tension and emotional force to this production. At the performance I attended, the audience sat rapt, still, throughout the 90-minute show — no coughing, no rustling, no exiting to the restroom. Cinnamon Schultz’s focused and attentive direction keeps the energy concentrated and the momentum unstalled by blending the play’s two acts into one fluid, continuous piece. No flat tire stops this vehicle, like the one sidelining Gerardo early in the play, putting him at the mercy of the good Samaritan Roberto, who stops to help. But is Roberto who we think he is?

Dorfman, an American citizen since 2004, is personally acquainted — no, quite familiar — with the persecutions of an overzealous government. In 1943, with his family, he fled Perón’s Argentina, where he had been born the year before, and came to the United States. Just 11 years later, his family would have to pick up and leave once again due to McCarthyism. They ended up in Chile, where, in the early 1970s, Dorfman served as cultural adviser to President Salvador Allende, a democratically elected socialist. Following the coup in 1973, Dorfman was exiled for many years. 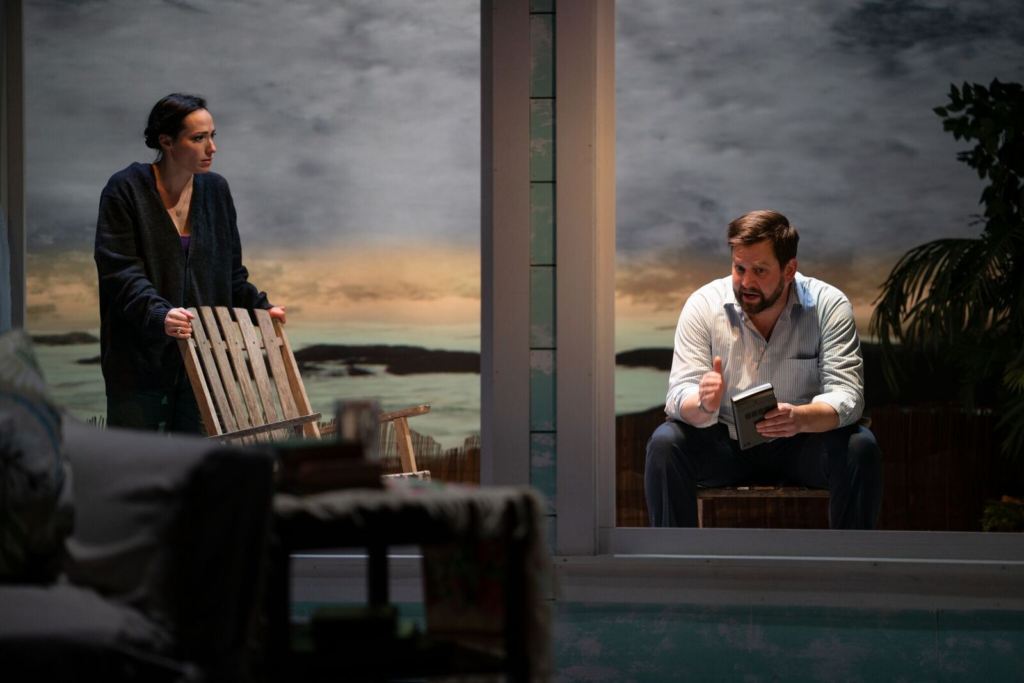 In the play, Gerardo has been asked by the new president to officially examine the country’s prior “excesses,” when Roberto enters the scene, showing up at the couple’s beachfront house at midnight. We don’t know, just as Paulina and Gerardo can’t be sure, if he’s part of a past they can’t get past.

It has been 15 years since Paulina, a medical student at the time, was kidnapped off the street and tortured for information. (She and Gerardo had helped compatriots escape Chile after Allende was overthrown.) She remains traumatized, fearful, unable to move on with her life. She can’t listen to “Death and the Maiden,” a Schubert composition that her torturer played, though Schubert remains a favorite composer. “I always promised myself a time would come to recover him,” she says. “Bring him back from the grave, so to speak.”

How she and Gerardo separately confront their and their country’s still-open wounds is the crux of this reflective and deeply thought-provoking drama. Through these three credible characters — made distinct, complicated human beings by the skill and chemistry of Severo, Sneary, and Gibby Brand — we, too, wrestle between the emotions brought up by their past and the rationalizations of next steps.

Death and the Maiden, which won the Laurence Olivier award for Best New Play in 1992, was written when, like in the play, recovery was in an early stage. So reception, not surprisingly, was more favorable abroad than at home, where divisions and anger remained fresh. Too soon, perhaps. But Dorfman’s story and its themes are sadly universal, and they resonate here, with us, today.

Death and the Maiden