In an age of movie puritanism, Good Luck to You, Leo Grande encourages Hollywood films to be ok with sex again 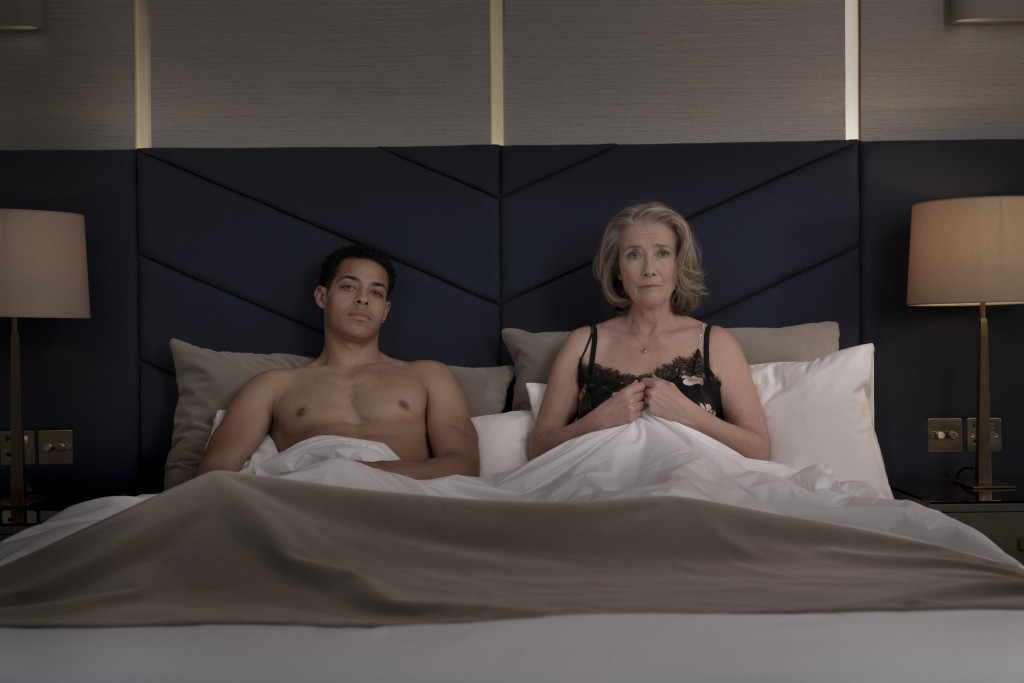 If you’ve paid much attention to movie discourse in the last couple of years (if you have, my sympathies for being Terminally Online), you’ve probably seen arguments related to sex—or the lack of it—in current mainstream film. Take, for example, the current season of the Hollywood history podcast You Must Remember This, examining the erotically-charged cinema of the 80s and 90s. This stands in contrast to the sexlessness of a modern era where studios can claim to be champions of inclusion for movies that allow (if that) a single chaste kiss between same-sex characters.

None of this is to say the…complex gender politics of movies like Basic Instinct or Fatal Attraction are objectively “better” than what we’ve got now. However, if cinema is going to reflect a diverse set of collective experiences, sex is undeniably part of that expression. We don’t just pick up empathy from the stories we watch on screen. We learn from them, too.

Sophie Hyde and Katy Brand’s dramedy Good Luck to You, Leo Grande (streaming on Hulu Friday) isn’t visually earth-shattering. It’s a character piece with a limited cast and sets that make it feel more like a play than a movie. However, the compassionate way the film addresses themes of sex, satisfaction, and regret makes it an outlier in a cinematic landscape that these days prefer to recoil from the topic of physical intimacy than address it.

Emma Thompson plays Nancy Stokes, a widowed former schoolteacher who’s decided to do something about the fact that she’s never had an orgasm. To see what she’s been missing, Nancy hires sex worker Leo (Daryl McCormack), whose services become equal parts sex education and therapy. The film follows them over four meetings at a hotel as Nancy’s understanding of sexual intimacy evolves.

Much of Leo Grande’s success rests on Thompson’s expressive performance. Every anxious eye-bulge and grimace when Nancy first welcomes Leo into her hotel room is entertaining and fully relatable. The character exists at an awkward nexus between wanting to know herself fully and being low-key terrified about the work that implies, and she sells every minute of it.

Thompson is countered by McCormack’s effortlessly smooth Leo, who makes a case for sex work not only as work, but as a public service. After all, without him, people like Nancy would have to try things out on a number of potentially disappointing partners (if they had the courage to do so at all). As an empathetic person dedicated to meeting his clients’ needs, Leo believes he’s in a unique position to help others learn what satisfies them.

This movie is, of course, a fantastical portrayal of a transactional relationship that would probably look much messier in reality. Leo, though he has problems of his own, is so perfect he tends to come off as a magical creature rather than an actual human (some of this is not the movie’s fault—McCormack radiates poise, charm, and startling emotional maturity). If there’s a weakness here it’s that Leo doesn’t get the same realistic depth as Nancy.

Fantasy aside, however, the film deals with legitimate perspectives of the sort that often get ignored in popular entertainment. Brand’s script validates and challenges Nancy’s worldview, and Thompson embodies that without an ounce of snark or derision.

Good Luck to you, Leo Grande is gently empowering in its lack of judgment. It’s a refreshing alternative to a discourse frequently dominated by puritanical avoidance.