In a victory for Missouri healthcare, abortion services have new legal protections 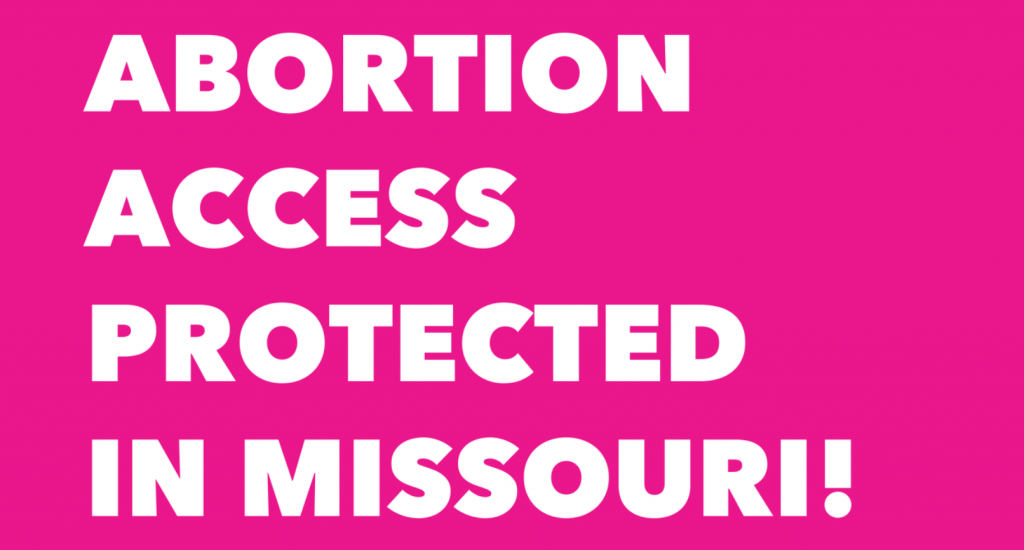 The commissioner wrote in his decision:

“Planned Parenthood has demonstrated that it provides safe and legal abortion care.”

“The physicians who perform abortions at Planned Parenthood through Washington University and [Barnes Jewish Hospital] are all exceptionally competent and well trained.”

For far too many people, abortion is already inaccessible in Missouri. Data revealed nearly all Missourians already flee the state for abortion services. Many patients have told RHS the same thing: The long list of medically unnecessary abortion restrictions make it too difficult and burdensome to access the care they need in their home state.

There are 1.1 million women of reproductive age in Missouri.

Last May, just days after Gov. Mike Parson signed one of the most extreme abortion bans in the country into law, the Missouri DHSS refused to renew Planned Parenthood’s license to provide abortion. Planned Parenthood sued, and a state judge blocked DHSS from shutting down Planned Parenthood. In June 2019, the AHC in Missouri granted a stay, allowing Planned Parenthood to remain open while its case challenging the state’s denial of its abortion facility license was being litigated. The AHC heard the case last October and today, the AHC issued its decision, finding that RHS provides safe abortions and that DHSS wrongly withheld RHS’s license and ordered the license renewed.

During the AHC hearing last October, Missouri’s DHSS director, Randall Williams, was thrust into national headlines after he admitted under oath to keeping a spreadsheet of women’s menstrual cycles to track abortion patients. He also enforced medically unnecessary and invasive pelvic exams on abortion patients. All of this happened just after Gov. Parson signed one of the most extreme anti-abortion bills in the country—chock full of bans targeting all stages of pregnancy, all in one.