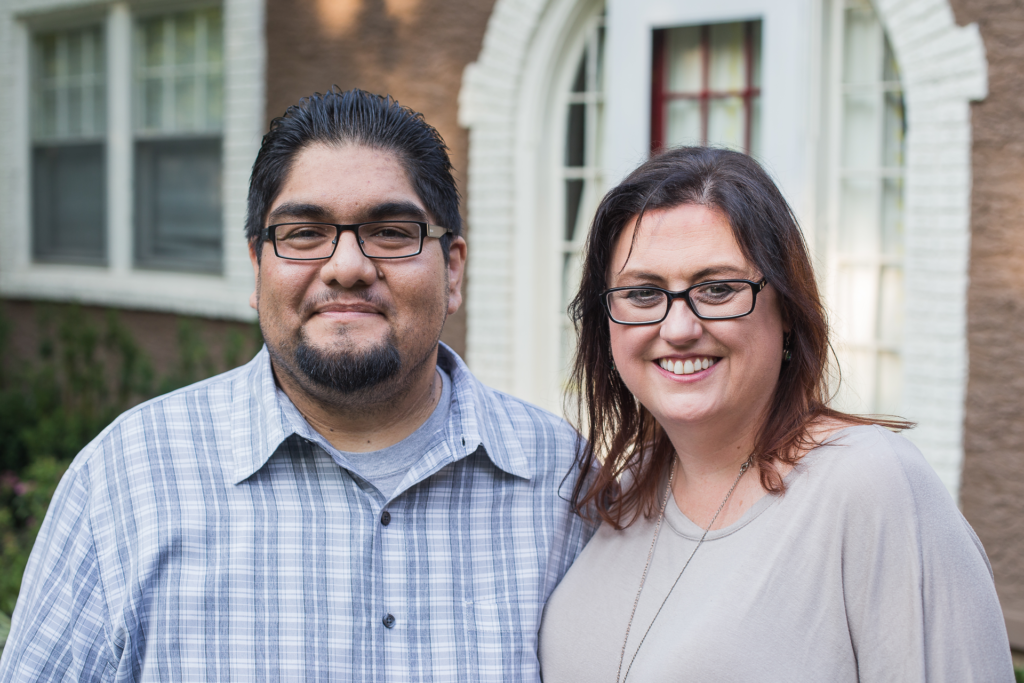 Angie Williams is at her desk, on her phone. She’s at her desk a lot of the time, on her phone more than that. Williams is an immigration lawyer. And if her profession had somehow not existed before Donald J. Trump was elected to the White House, this turbulent year would certainly have forced its invention.

She talks, and I look around her office. It’s lined with bookshelves, which are packed with frames and prints containing quotes and legal references. “Love and Compassion are necessities, not luxuries. Without them humanity cannot survive,” reads one of such message, credited to the Dalai Lama. The décor seems designed to comfort her clients, who have good reason to feel anxious. She works for immigrants and families facing deportation, for people who have gotten in trouble with the law. Many of her cases involve people from Latin America seeking asylum for corruption and violence. A prominent example: Mercedes Zelaya, whose husband was assassinated in front of their home in the Honduras.

Meanwhile, every week seems to yield some new policy from the Trump administration, some new tampering with somebody’s rights. The Muslim ban right after the president was sworn in. This fall’s threat to the Deferred Action for Childhood Arrivals protection for immigrants brought to the United States as children.

She nods and continues talking into the phone for a moment and then hangs up. This call was about help of a different kind.

“I just found out that I am a match for my husband,” she tells me. “He needs a kidney.”

She was tested last November and learned she was what’s called a “cross match.” Blood from the donor and the recipient are mixed to make sure they are compatible. More testing was done to verify whether she could give him a kidney.

“We had a pretty good idea, but this is the final word,” she says.

“I’ll call him later,” she says. She’s still working, though now with the knowledge that she’ll soon have to take some time away.

The reality is the opposite, she says. Most economists say immigrants are good for the U.S. market — more likely to set up their own business, and statistically younger, making them better for the Social Security program.

She tells me her change in practice was inspired from time spent helping at a detention center in Artesia, New Mexico, three years ago.

“It was so bad that I still have flashbacks about it,” Williams says. “It was so bad. It was such a betrayal of everything that I have held dear about being a lawyer and about our form of government. The conditions, the way they were treating people, they way they were blatantly ignoring people’s due process. It was in the middle of nowhere, and these women and their children were put in these trailers, essentially, and just force-fed through this asylum process in such a slipshod manner.”

“What has been happening since the new administration is panic,” she tells me. The Obama administration was hardly lax; some families were split up, some persons with criminal histories were deported. But enforcement criteria was much more case by case in the eight years before Trump, she says. “If an undocumented worker was arrested for a traffic violation, you had a much better chance that immigration would not pick you up.”

U.S. Immigration and Customs Enforcement’s mission under Trump, Williams says, is to “pick up whoever you can pick up.”

“I represent Muslims, and the Trump ban is leaving us daily to wake up to a new concern,” she says. “It’s a completely unprecedented attack on immigration.”

Mercedes Zelaya sits at the dining room table inside the Kansas City, Kansas, home of Judy Ancel, with whom she and her kids have been staying for more than a year. Zelaya fled her home country of Honduras, escaping with her children after they saw Nelson Noel Garcia Lainz — Zelaya’s husband, the children’s father — shot to death in front of the family’s home.

Williams is representing Zelaya as she seeks asylum in the United States. Ancel, the former director of the labor-studies program at UMKC, remains a labor activist and is president of the Cross Border Network board.

“Her great fear is that she will be denied asylum, and it will not be safe to go home. Her husband’s family has suffered several threats,” Ancel says.

Lainz was part of the same organization as Berta Isabel Cáceres Flores, the leader of a group called Council of Popular and Indigenous Organizations of Honduras. COPINH has clashed often with other political groups as it advocates for indigenous rights.

“We were for a number of days seeking refuge around the country,” Zelaya says of the time right after her husband’s slaying — three months of being chased and hiding. With Ancel helping to translate, she goes on: “We were really scared to stay in one place. We had to always keep moving. In my country there is no protection for people who are victims of crime.”

She had no family in this country, but she did have one friend in the Independence area. So Zelaya and her children set out for Missouri.

“We rode 17 hours in a container in a back of a truck with more than 100 people,” she says. “We felt like cattle.” The truck moved only at night. There was no bathroom. There was no food. Maintaining circulation meant an air conditioner that kept everyone uncomfortably cold. At one point, the truck, Zelaya says, the driver was stopped by Mexican immigration; he paid a bribe to get back on the road.

Eight days later, dropped off by the driver, they crossed the Rio Grande on small craft — and found U.S. immigration officials waiting for them as they emerged. Who helped you cross the water? they asked. No one, Zelaya said.

“They were angry, and we were put one by one in a van,” she says. “We were wet and they gave us uniforms. We spent five days being detained until a friend sent bus money.”

Because they were seeking asylum, officials fastened a tracking bracelet to Zelaya’s ankle. She wore it for eight months; immigration officials removed the shackle but added a monitoring device to her phone. Now she waits for permission to start working, and for a hearing next spring. Her kids are in school, learning English.

Denials of asylum by immigration judges continued to rise last year, according to a report published by the Transactional Records Access Clearinghouse, an independent database that gathers statistics on issues of justice and law enforcement. “As of the end of September 2016, overall asylum denial rates for [fiscal year] 2016 had risen to 57 percent.”

For asylum seekers without a lawyer, the chances of being sent away increased dramatically. Last year, the same report notes, “immigration judges denied 4,515 unrepresented asylum seekers’ claims 90 percent of the time. … In contrast, if represented, the odds of denial last year was 48 percent.”

“One of the problems about immigration and immigration discussion is that is so multilayered, and most people don’t understand it and it just turns into this discussion about documented and undocumented,” Williams says. “And that is true not only with the problem itself but how to fix it, and how to fix the situation of how to help people who have lived in the country for 10 years, and how to help those who are arriving at the border and seeking asylum from South America. Those are completely different issues.” (Refugees are similar to asylum seekers, except they can apply for refugee status before entering the United States, Williams says.)

Between 2006 and 2013, Williams had three asylum cases. But since 2014, she has taken some 70 cases, for clients from Honduras, Guatemala and El Salvador. She says 95 percent of her clients now are asylum seekers. 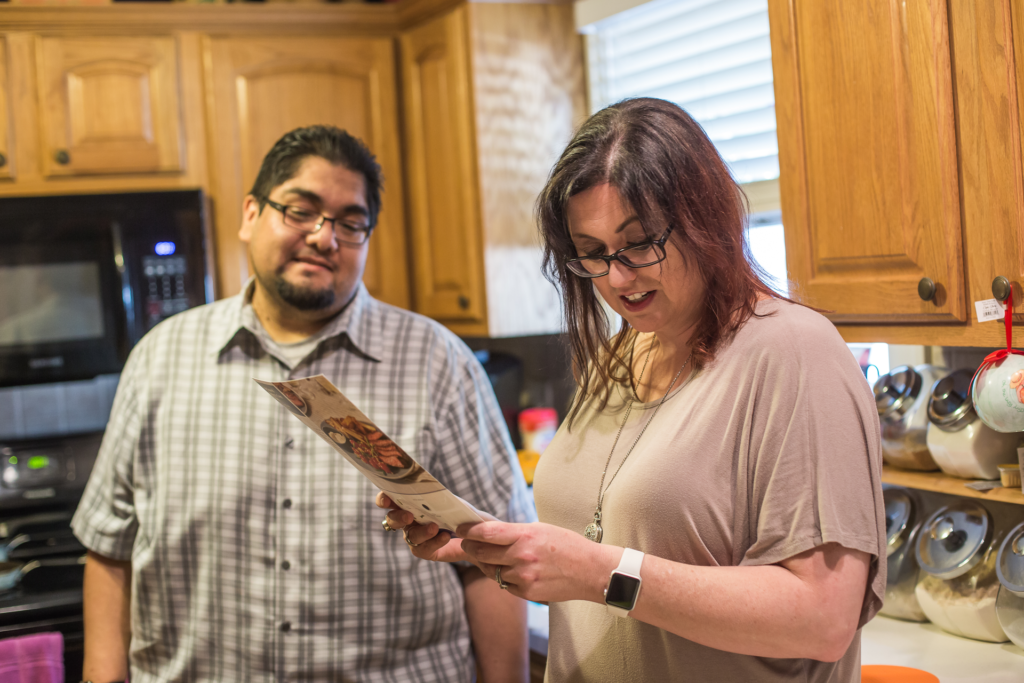 Three noisy dogs — Poncho, Cisco and Chuy — greet me when I arrive at the home Williams shares with her husband, Francisco Ortiz, on the the west side of Waldo. A small print of Picasso’s “Don Quixote” hangs near the doorway.

Williams is in the kitchen, preparing dinner. Tonight, that means opening packages from Blue Apron, the meal-delivery company. On the menu: pan-seared steaks and oven fries.

“We’ve been doing this for a long time,’ she says. “Even before he [Ortiz] started with dialysis. They send you all the fresh ingredients, all the vegetables and spices. Essentially all you need is salt and pepper and olive oil.” She turns to Ortiz: “Did you turn the oven on?”

For the past year, Ortiz has had to go for dialysis every Monday, Wednesday and Friday. The couple makes dinner on Tuesdays and Thursdays. Ortiz, 38 and a document specialist at a law firm, has been on the transplant list since August 2016. Now the operation is three weeks away. He had suffered from diabetes for years, and kidney disease runs in his family.

“If I wasn’t a match,” Williams says, “he might be on the list three to five years — and that is the fast track.” She was the first person doctors tested; friends and family members also volunteered to be tested. “He doesn’t love that I’m doing this,” she says. “But I’m going to get my way.” She turns to him again and says, “Well, you’d do it for me if I needed it.”

The couple met when Williams was seeking strategic counsel — not legal advice but tips to improve her World of Warcraft game. “He had been playing the game longer then I had,” she says of their virtual introduction. “I was terrible.”

“I kind of took her under my wing,” Ortiz says.

Ortiz moved to Kansas City from Dallas in 2013, and they married the next year. They still play the game, shouting at each other from different rooms.

As they continue making dinner, Williams takes a butcher knife and starts slicing corn kernels from a cob while Francisco studies the cooking directions. She picks up some cherry tomatoes.

“Did you put a lot of garlic in the sauce?” Ortiz asks his wife.

“I put all the garlic in the sauce,” she says.

On September 13, Williams and Ortiz arrived at Research Medical Center for the operation that would transfer one of Williams’ kidneys to her husband.

By then, Williams had cleared her office desk as much as she could, ahead of a recovery she knew would take weeks. A recent announcement had been made: The Trump administration will seek to eliminate DACA.

“It is just nonstop with everything taking place,” she told me a couple of days before the surgery. “I don’t have answers. I’m really stressed out about it and I don’t know what I’m going to do.” Her clients’ cases have been continued while Williams and Ortiz recover. Zelaya’s asylum hearing is months away.

Down the hall, in a dark, cool room with the shades drawn, Williams is in an expected amount of pain. Our conversation will be short. Nurses and medical staff have given her a certificate commemorating her donation, she tells me. “They said that because of me, not only did I donate a kidney but now he has received one and everyone on the wait list moves up a spot.” For the first time in the interviews we’ve conducted, in which we’ve discussed her work and her life, she becomes emotional.

“For me, it was a no-brainer,” she says. And her expression shows a new understanding of the difference one person might make.