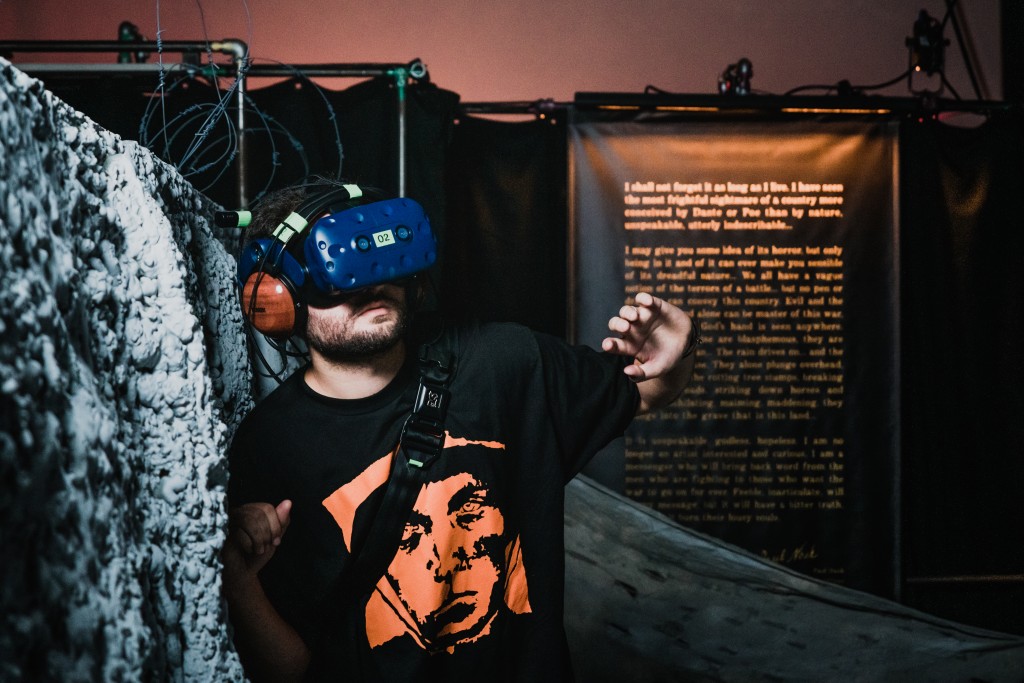 Photo courtesy of the National World War I Museum and Memorial.

The National World War I Museum & Memorial has a new way to experience the history of World War I: an immersive, virtual reality experience entitled, “War Remains” by podcaster, Dan Carlin, of Hardcore History. 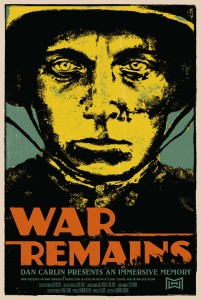 While many of us are privileged in not having to go through the traumatic motion of trench warfare, it is important to revisit history and commemorate those who have served in the military. War Remains allows viewers to step into the boots of WWI soldiers by giving them the opportunity to walk through the muddy trenches of the 1917 WWI battle, The Battle of Passchendaele, which saw over 560,000 casualties on both German and British sides.

“Virtual Reality creates other dimensions. The medium allows the storyteller to engage the audience in a way that previous storytelling genres haven’t been able to tap into. The engagement level is so much higher because the audience is 100% involved. It’s an active, not passive experience,” said Carlin.

Carlin narrates the experience as visitors (one at a time) step into the trenches of a battle scene from the perspective of a soldier, allowing the visitor to experience a fragment of what WWI soldiers did. Directed by Brandon Oldenburg, War Remains was produced by MWM Interactive (MWMi) and developed by Flight School Studio, and features a soundtrack by Skywalker Sound.

MWMi gifted War Remains to the National World War I Museum, and the exhibit now resides in the museum’s Memory Hall.

“We are extremely grateful to MWMi for the gift of War Remains. This experience is unlike anything that Kansas City has hosted before,” says Matthew Naylor, President and CEO of the National WWI Museum and Memorial. “War Remains will allow the viewer to immerse themselves in the trenches of WWI and experience it with all of their senses, reaching them on both an educational and emotional level.”

The exhibit opens to the public on May 27 for people 14 and older, and takes about 15 minutes for a solitary visitor to complete. VR hardware and equipment are sanitized between users.

Time-slot tickets are available through September 6 here and cost $18 for museum members, $24 for non-members. Tickets are going fast and are already sold out through June 7, so it is recommended to plan your visit in advance.