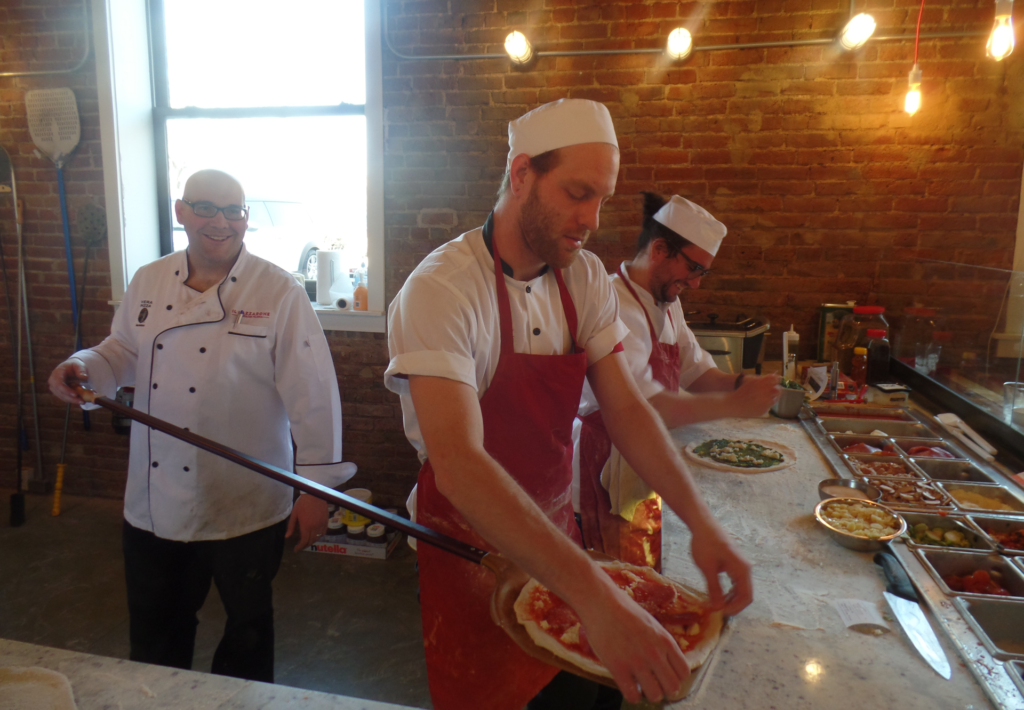 At noon, the dining room was full, and the patrons included Howard Hanna, the chef and co-owner of the Rieger Hotel Grill & Exchange, and his girlfriend, Caitlin Corcoran, the general manager of the Ça Va bistro.

Borger, who predicted that streetcar construction in front of his restaurant would be completed before he opened (he was right), says he still plans to host a “grand opening” for his new venue.