If you want to criticize Sly James, you will have to answer to Yael Abouhalkah 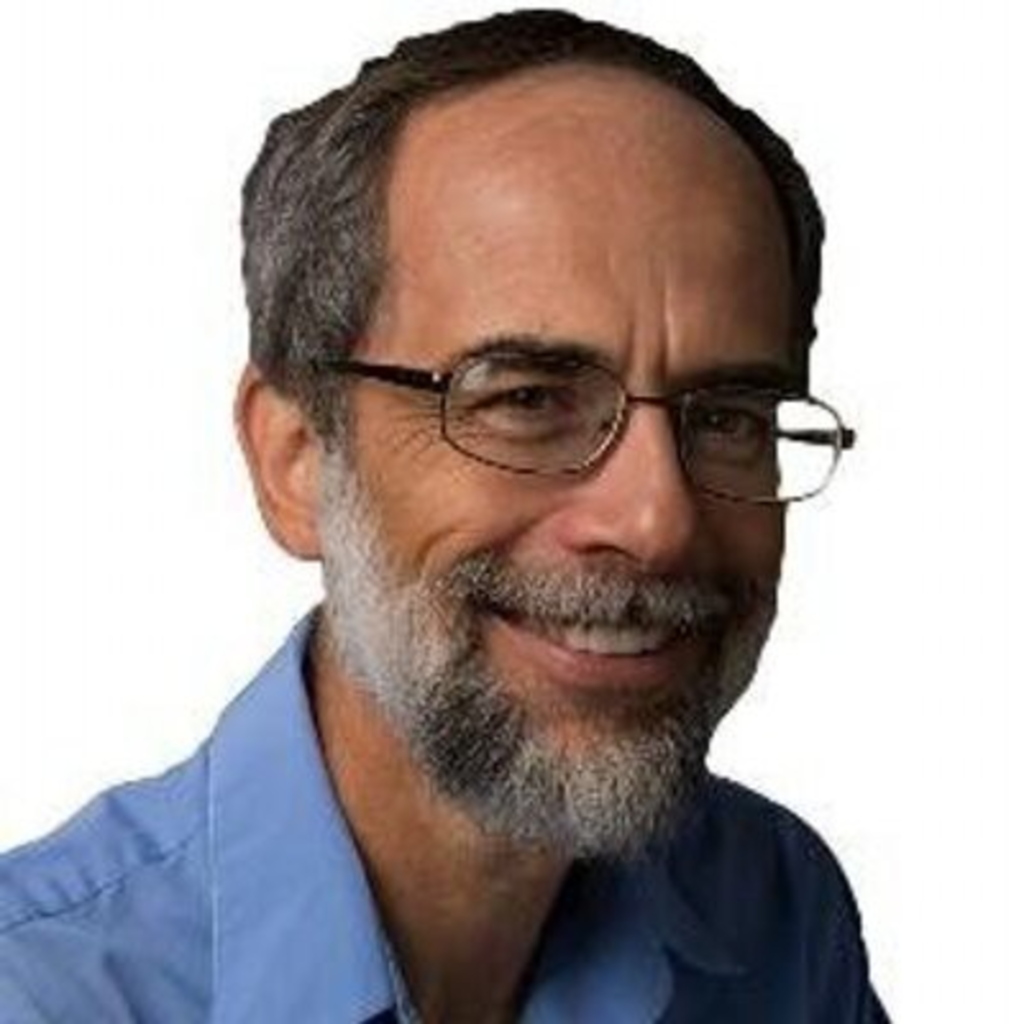 The easiest way to get some attention in The Kansas City Star these days seems to be by sounding off in some manner about the performance of Kansas City, Missouri, Mayor Sly James.

Twice in the past week, Yael Abouhalkah, the City Hall watcher for the Star’s editorial board, has come to the mayor’s defense against people who have taken exception to James’ priorities.

Abouhalkah frequently stands out among the editorial board’s writers as a force for intelligence. And he’s indisputably this publication’s favorite local 5k runner in the 55-59 age group. But seeing him rush to answer for James has been disappointing. Maybe the mayor should answer criticisms himself first.

Abouhalkah’s first dispatch came last Wednesday, when he told readers that prospective mayoral challenger Dan Cofran was “insulting” James and local voters by speaking up about his view that City Hall is more interested in pushing new capital projects, such as the streetcar and a refashioned Kansas City International Airport, than in bolstering basic city services.

Cofran’s “bling versus basics” terminology wasn’t the pinnacle of articulation, but it wasn’t out of touch with voters, either. City Hall recently touted its citizen satisfaction survey results, which showed marked improvements in Kansas Citian’s outlook on their town since 2005, but the city’s own data pointed to malaise when it came to basic infrastructure:

Dissatisfaction with basic infrastructure predates the James administration, but it’s hardly an insult to point out the continuation of that problem.

One area in the survey that rates well among residents is KCI, the same airport that City Hall wants to rejigger in some fashion.

The areas of KCI that rank relatively poorly among residents are the prices of concessions and parking, two things that will almost certainly become more expensive, in order to pay for an extensive KCI rebuild.

To counter Cofran’s accusations, Abouhalkah cited a number of election results that would seem to point in James’ favor. He touted James’ support of the 2011 renewal of the earnings tax, which happened by an overwhelming margin before James became mayor.

Also cited were a pair of sewer and water bond elections, measures that almost always pass, regardless of mayoral administration. Abouhalkah also praised James for the passage of the parks and recreation sales tax in 2012. (We’ll give James credit for that, too. The city’s parks do look quite good these days.)

Of course, it’s not all victories for James. The streetcar expansion, the paramount priority at City Hall the last two years, lost by 20 percentage points in August. Abouhalkah had an explanation for that:

Lost in Cofran’s attack on James for pushing the unsuccessful streetcar expansion on Aug. 5 is the fact that downtown voters approved the initial 2-mile line, supported by the mayor, now under construction.

Yes, downtown voters approved the starter line — all roughly 300 of them.

A local vote that did win in August: the renewal of the fire department’s public safety tax. That brings us to Abouhalkah’s defense of James against firefighter union honcho Mike Cambiano’s comments about City Hall’s dedication to basic services.

In a Star article last week, Cambiano told City Hall reporter Lynn Horsley, “Time and resources are being focused on other things than basic essential services, and that’s troubling to us.”

Cambiano didn’t mention James by name, but Abouhalkah read the comment as an “attack” upon the mayor rather than what it was: the kind of measured, reasonable critique of City Hall to which any governing administration is always subject.

James didn’t run a visible campaign on behalf of the firefighters tax. Rather, he spent his time and political capital on expanding the streetcar in August. Abouhalkah points out that James and the City Council were “cowed” by the union into putting the measure on the ballot in the first place, even though the tax didn’t expire until 2016 and could have waited for a 2015 election date.

“Cowed” suggests that James voted to put the firefighters’ measure on the August ballot against his better judgment, a conclusion that belies Abouhalkah’s contention elsewhere in his article that James stepped up to deliver a basic service for the fire department. So the mayor is a visionary even when he’s being bullied?

Abouhalkah isn’t always on James’ side. Last week, he called James’ decision to repeal an earlier measure to outsource ambulance billing jobs “spineless.” James responded on Twitter that the Star had only “half the story.” To which Abouhalkah gave a very friendly reply: 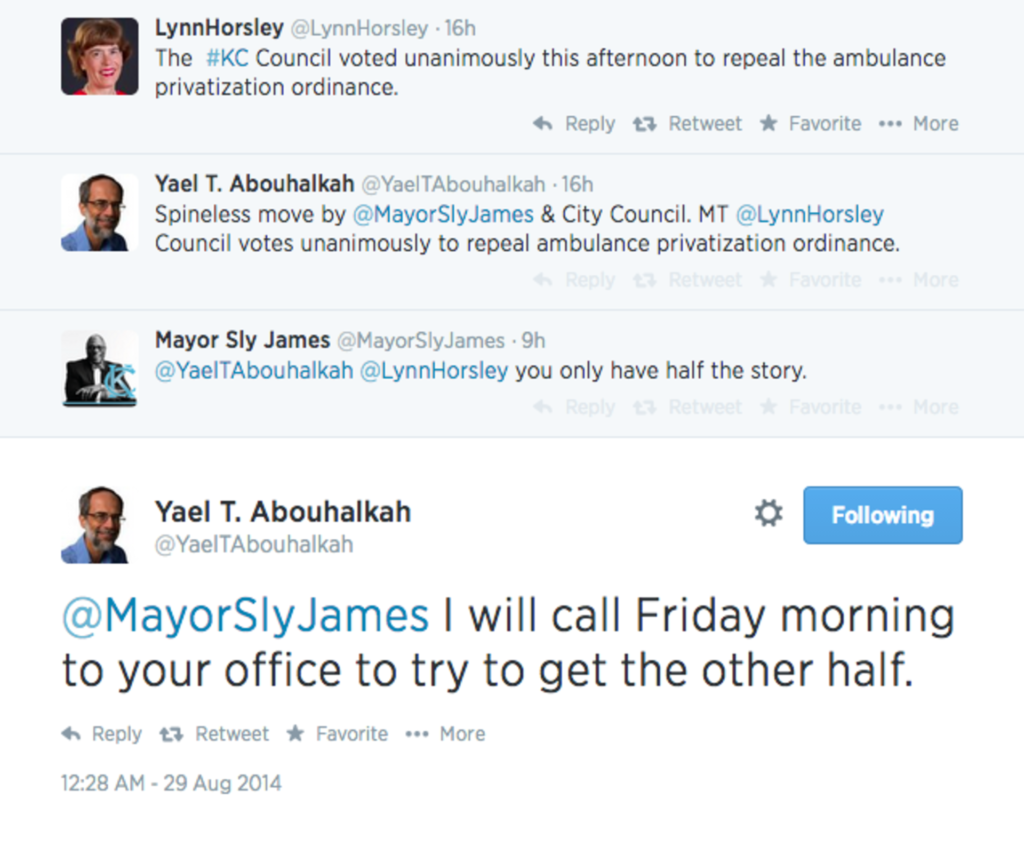