If Bonfire Wasn’t Enough For You 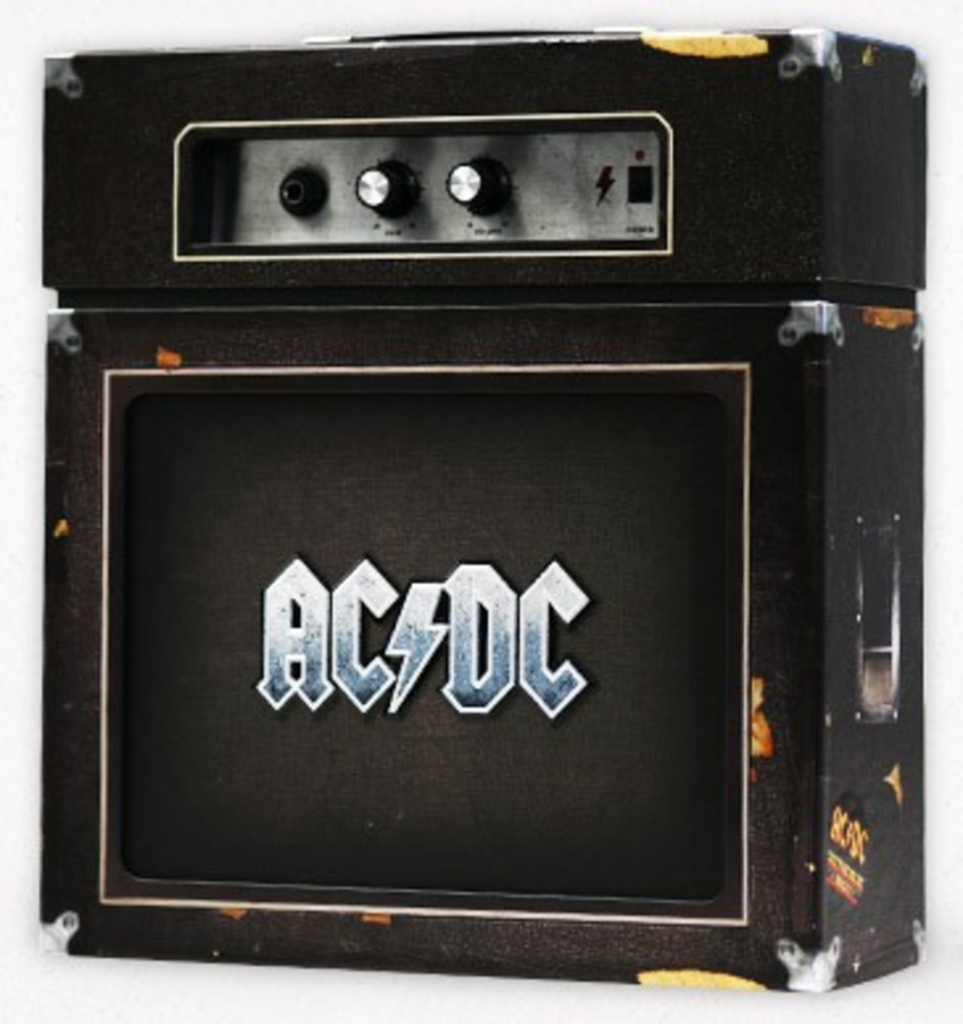 Even though AC/DC had to postpone their KC date, they have something that might cheer you up.

It’s called Backtracks, and they’re billing it as “the ultimate box set.” Sonic Spectrum‘s Robert Moore hyped me to this via a Facebook link, and I’ve spent most of an hour going through the craziness that it offers. For $199 plus shipping, you would not believe the amount of shit they’re offering.

First up, the music: a CD of studio rarities, two CDs of live rarities, the third DVD in the Family Jewels series, and a live DVD shot in Munich. There’s also a 164 page coffee table book loaded with photos, an LP featuring the “unique” studio rarities (i.e., the songs that aren’t just demos of old songs) on 180-gram vinyl, and a bunch of memorabilia reproductions like posters, buttons, and temporary tattoos. It all comes packaged in a box that looks like a guitar amp.

Oh, and the head on the top of the amp box? It actually is a working guitar amp. Only one watt, but still…a working fucking guitar amp as part of a box set? Waaaaaaaaaaaaaay cooler than anything ever done. To top this, somebody’s going to have to include a piece of the true cross or create sexbots.