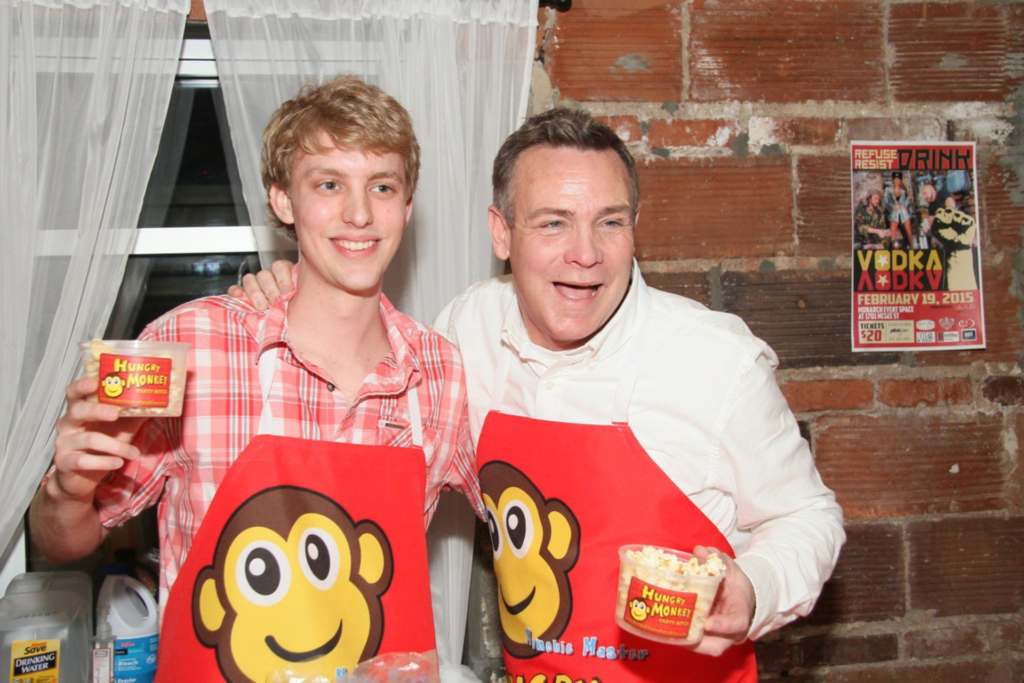 The recently incorporated Kansas City snack-food company Hungry Monkey won the “KC Sweetheart” award at last night’s Sugar Rush, having swayed a majority of the 400 attendees that its popcorn was the event’s best treat.

“It was the first time we’d participated in the Sugar Rush event,” says Tim Colley, who opened Hungry Monkey with business partner Dillon Bond about eight months ago. “We were on a high all night after winning the award. It affirmed that we’re on the right track with our plans, and that was very exciting. Even if we hadn’t won the competition, it would have been a great night.”

This year’s Sugar Rush had most of the attendees on a high — mostly sugar-induced — with samples of cakes, cobblers, cookies, pies, dipped chocolates, snow cones, deliciously boozy cheesecake, champagne truffles and hot coffee, among many other sweets.

Hungry Monkey was swamped by patrons wanting samples of its wedding-cake-flavored popcorn and a savory popcorn called Bad Boyz (which goes heavy on the cheddar and adds garlic and onion for good measure). Colley, a graphic artist who sold his greeting-cards business, Bird Sings, several years ago (and closed his Plaza retail store in 2012), says that when he and Bond wanted to start a new business, they settled on something that most people always want: snacks.

“Our original plan was to make and sell popcorn, candied nuts, cookies and party mix,” Colley says. “But the popcorn part of the business took off right away, so right now we’re focusing on that.”

Hungry Monkey popcorn is available at Cosentino’s Brookside Market, Cosentino’s Downtown Market, and the Sun Fresh store in Westport. Colley and Dillon are sticking to the wedding-cake and Bad Boys flavors for now but are testing two new ideas that they plan to introduce later this year.

“We’re developing a garlic-bread popcorn,” Colley says, “and a sweet peppermint flavor where we tumble the popcorn in white chocolate with a hint of peppermint flavoring, then toss in crumbles of real peppermint candy.”