How Suite It Is 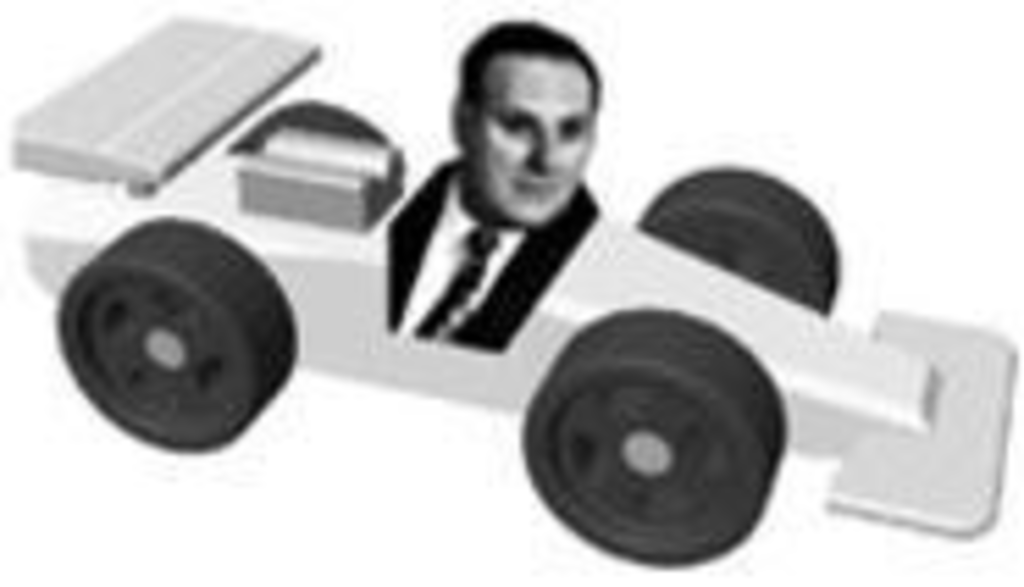 The first weekend in July was a hot one at the Kansas Speedway, where 80,000 fans stood for Danica Patrick as she circled the track averaging nearly 180 miles an hour (though Tony Kanaan went on to win).

But top employees with the Kansas City Board of Public Utilities, the company that provides water and electricity to Wyandotte County customers — who actually own the public utility — were cool in an air-conditioned suite, along with their spouses, friends and prospective clients.

They should enjoy the view while it lasts. Over the past three months, some BPU board members have harshly criticized BPU General Manager Leon Daggett, claiming it is not in the public’s best interest to have a few BPU executives living large at the races on rate-payer dollars.

Water and electric customers paid their power company $207.4 million last year. At the same time, the BPU has spent about $35,000 annually for the suite since the track opened in 2001. The BPU exceeded its budget last year by $400,000, but Daggett renewed a three-year contract for the suite. Angry board members have complained that he avoided discussing it with them by hiding the cost under a vaguely worded line item for a “cooperative marketing program.”

Daggett claims that the suite has been essential for bringing new businesses to Wyandotte County.

The BPU initially signed up for the suite to fulfill a bid it made to International Speedway Corp. before the track was built. BPU officials had promised to spend $3 million building the water and electrical infrastructure for the complex. But when the final bill came in at under $2 million, the BPU offered to spend the difference by leasing a suite for the first three seasons, sponsoring the first three ARCA/REMAX races and paying for other advertising and promotional events.

Daggett tells the Pitch that the BPU hosted a crucial meeting at the suite in 2001, inviting 15 developers to view the racetrack and the future development site for the booming Village West shopping center (now the No. 1 tourist destination in Kansas). That meeting resulted in significant growth in Wyandotte County, Daggett says, because he was able to use the gathering to tout the BPU’s incentives for developers (such as helping to build water lines in communities that promise to go all-electric). “Fourteen out of those 15 are developing here today because of that meeting,” Daggett says. “The bottom line is, nobody would be here without our incentives.”

But some of those developers have told the Pitch that the BPU had little to do with their interest in Wyandotte County. Don Budd Jr., who built an 850-acre housing tract called Piper Estates, says the BPU has been a pleasure to work with and that the incentives were a factor in its developments. But, he says, “The reason we started Piper Estates was because I felt that Wyandotte County was prime for a housing boom.” He started building before the Speedway was under construction, so he couldn’t have been moved by the BPU’s invitation to talk business in a suite at the track.

Linda Coleman, the new-homes sales director for Coldwell Banker Regan, worked on the Whispering Pines development. She says her company closed on its land before the BPU invited it to any meetings. Instead of incentives, she adds, Coldwell Banker Regan looked for land value, proximity to shopping, schools and highway access. “It doesn’t much mean anything,” she says of her invitation to the Speedway on the day Daggett says everything changed. “We went, we sat, we watched.”

In February, a committee of five Kansas state senators and representatives issued an audit questioning many of the finances at Village West. The audit noted that the BPU had spent between $150,000 and $185,000 in rate-payer dollars to sponsor races in each of the first three years, $15,000 in each of the last four years for a 100-person hospitality tent, and $20,000 for the purchase of 400 tickets. The audit also stated that the BPU had paid $35,000 a year for advertising on the scoreboard at the T-Bones baseball stadium (a deal that also included access to a suite there). (According to the audit, BPU employees also receive discounts at some Village West businesses.) Critics have since argued that the BPU’s advertising and marketing efforts are superfluous when there’s no other water or electric company to compete for contracts with developers.

BPU spokeswoman Susan Allen says marketing efforts benefit rate payers because electric and water bills go down when more customers sign up for BPU utilities. But in 2002 and 2003, in the midst of a development boom, rates actually increased.

In May, the Pitch spoke with residents in the Westbourgh neighborhood near 75th Street and State Avenue, who had complained that their utility bills had gone up $10 to $15 a month over the past two years. “They’ve never entertained me or my wife,” Gary Showalter, 65, said of the BPU executives and their Speedway suite.

A woman appearing to be in her mid-60s, working in her garden in a neighborhood near Daggett’s home, said she had lived in Wyandotte County for 50 years. (She asked not to be named in this story.) When she heard about the suite, she said, “I kind of laughed and thought, ‘That’s politics.'” She said the company didn’t need to promote itself because it was the only one in the county. Because the utility is owned by the public it serves, the suite would be fine, she said, “If they let each homeowner have their turn.”

“We can’t keep giving privileges to a chosen few,” BPU board member Loretta Colombel said at a May 25 meeting, criticizing Daggett for what she described as a useless perk for utility heads. Daggett told board members he had sold four of the 29 seats in the suite to the Energy Authority and said he would try to sell more. “If I can’t,” he cautioned, “we’ll be obligated the next three years.”

And after the July 2-3 races, Daggett still claimed to be wheeling and dealing in the suite.

“With the people I was with, we talked business,” he told the Pitch on July 6, though he would not name the developers, who he said may be negotiating to break ground in Wyandotte County.