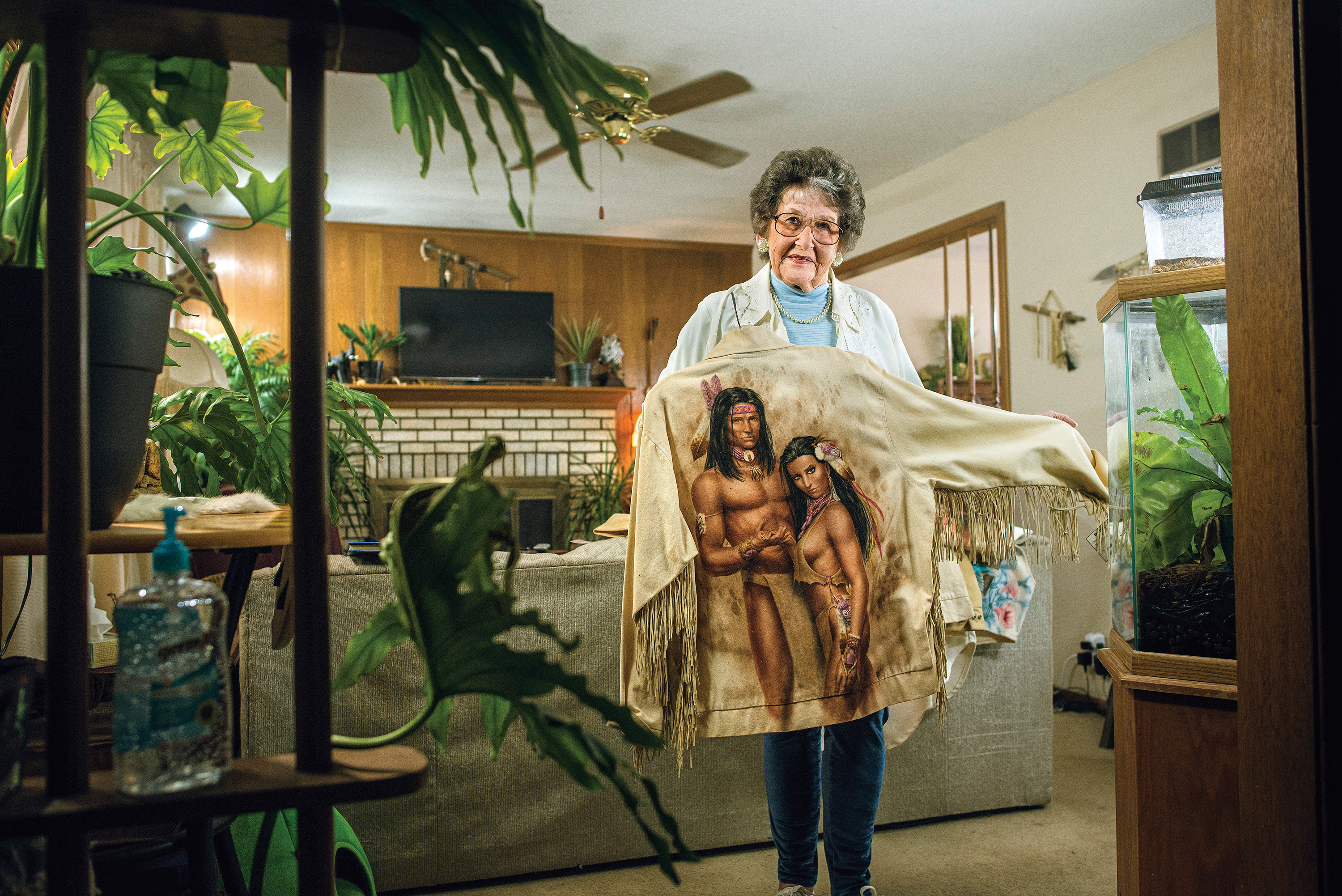 Mary Dion is an 83-year-old, retired businesswoman living in Kansas City, Kansas. Throughout her career, she held a number of jobs from selling cosmetics to selling insurance, moved between at least eight different cities, and started her own fashion business—all while raising five children on her own. Though retired, she has another plan for a business venture on the horizon, which she says will be her last.

“She never let anyone tell her no,” her grandson Jack says of her persistence.

Dion was raised in Omaha, Nebraska and credits a lot of her determination and work ethic to her environment while growing up. She attended Catholic grade school, a Catholic all-girls high school, and her father told her she could grow up to do anything and be anything she wanted. In high school, she was mindful of the prep boys next door, and “if we were going to get any attention, we had to do it as good or better than they did…and 90 percent of the time we did it better,” she says.

Her grandmother was a role model, who was “tough as nails” and raised 10 kids on her own while working as a farmer.

“She had sayings that, you know, that rang through my head,” she recalls. “‘If you’re going to do it, do it right,’ and ‘Never stop until the job is done.’”

Her grandmother was also a seamstress, and Dion grew up wanting to become a designer.

“My grandmother could make, sew anything… She said you make clothes to last,” Dion recalls. “You make clothes to pass down. She said, ‘What the first child wears for Sunday to church, the last child plays in.’”

Dion’s dream to design became a reality in 1986 while living in Omaha, following time spent working in the insurance business and even a stint owning a trucking company. At this time, the AIDS epidemic was rampant in the United States, and Dion was terrified. Her youngest son was gay, and with a number of his friends affected, people dying and fear mounting—she felt passionate about finding a way to help. 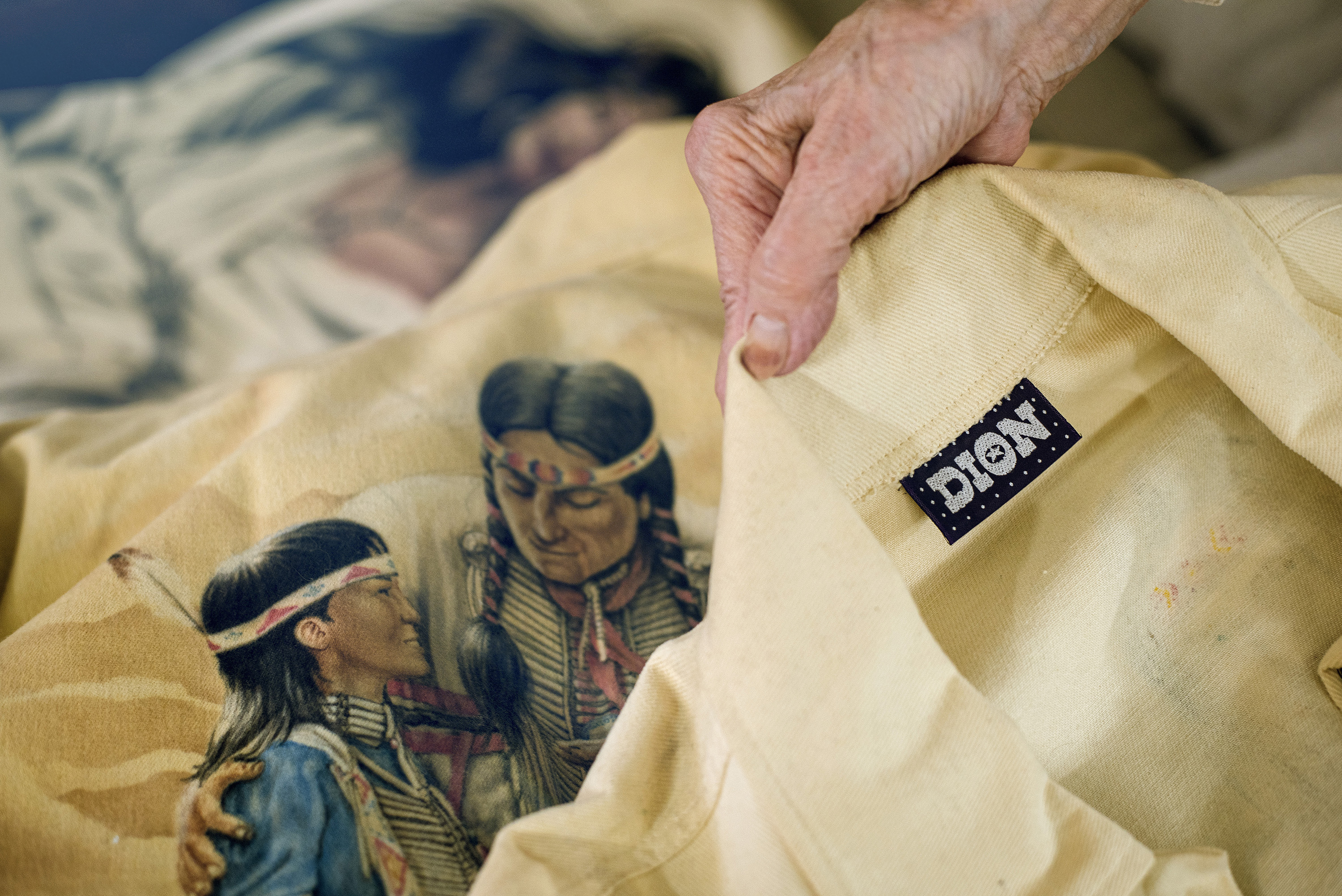 “And so here I am, you know, I always wanted to do something different than everything, so I designed a garter,” she says.

That garter, referred to as Le Dion Pocket, had a pocket that could hold a condom when velcroed shut. They were intended to remind people to have safe sex. She notes that at the time, garters were a common accessory worn at weddings or the prom. They also made the pockets available in headbands, armbands, and wristbands, for both men and women to wear.

“People were just abhorred that I would do such a terrible thing—you’re encouraging sex? And I said, ‘No, I’m encouraging people to take care,’” she says. 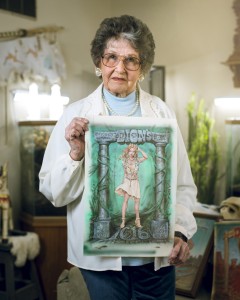 Mary Dion going through a collection of illustrations she used as advertisements for her new line of clothing. // Photo by Travis Young

She assembled a small home business with six women who could sew and began making the Le Dion Pocket. Dion says she sewed about 75 percent of them herself. Once they received sizable orders, they outgrew their home operation and moved from Omaha to Olathe, Kansas to be closer to a manufacturer named Marty, who lived in El Dorado Springs. Kansas City is where Dion’s clothing business, known at the time as Fashion Dynamics, took shape.

While the pocket didn’t gain traction the way she’d hoped, she took it to market at the Dallas Apparel Mart in the spring of 1987. There it did get attention—from Disney.

“One of [the pockets] was in the safari print, and they thought, ‘That’s fantastic, that’s a really neat thing this pocket thing, but we don’t want to call them the condom pocket. We’d like to sell in our stores at Disney World, but we just want it so people could carry money in it while they were on the rides and stuff,’” she recalls.

As part of their high-end Western wear collection, she sold other accessories, like scarves and belts, as well as a duster jacket, which she’d initially made from her grandmother’s pattern. It was one of their most popular items. Later, singer Janie Fricke wore one of their coats to the Country Western Music Awards and won best dressed. According to Dion, in the late 80s and early 90s it was on trend to have painted clothes: people wanted clothes that told a story. So she’d send the dusters to her friend Katherine in Texas who would paint different scenes on each one, like a flower garden or cowboys on horses.

Dion returned to Kansas City from that market in Dallas with about $40,000 worth of orders. But to Dion’s surprise—their manufacturer Marty was selling the finished products to her sister who had a store in Branson. Discouraged and uncertain of how to fulfill the remaining orders, Dion found a new manufacturer in June 1987—Sal from Mid-American Knitting in Kansas City. With Sal’s help, they were able to ship the Disney order in July, one day late.

“Sal, bless his soul, showed me how to get the elastic in while you’re sewing it,” she says “Oh god, he was so fantastic.” 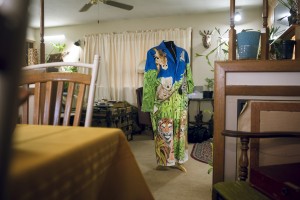 Mary Dion says her clothes were hand painted during a time before silk screening was widely used in the industry of custom garments. // Photo by Travis Young

Then, about a month later, Sal called with bad news—his brother-in-law closed the doors at Mid-American Knitting, and she had 24 hours to collect her things. Left with no sewing machines, no place, no manufacturer, Katherine referred her to a new economic development in Anson, Texas.

Dion loaded up all the dusters and fabric she had to move with her team that she assembled in Kansas City, which consisted of her lead lady (also named Mary), her bookkeeper, and one of her daughters. They settled into an old motel in Anson that September, and while Dion was en route to Kansas City to close up her apartment and get the last of her belongings—the motel burned to the ground.

The only thing saved from the fire was the fabric. Dion’s business struggled, and to add to their difficulty, the economic development in Anson took a quarter million dollars worth of grant money from the government, which was intended for Dion to aid business in small towns, and put it into a theater they were renovating under Dion’s name without her knowing.

Later, someone from an economic development in Shamrock, Texas heard of their plight and came to woo Dion and her team with a building and money. Dion moved the business to Shamrock. It was the early 90s, they rebranded as Mary Dion Fashion’s, and the business took off. They finally had a factory where they could cut, sew, finish, and ship in-house. At one point, Dion was able to employ 30 seamstresses. 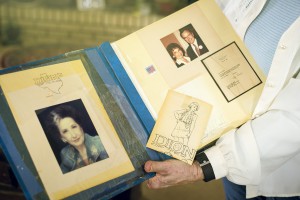 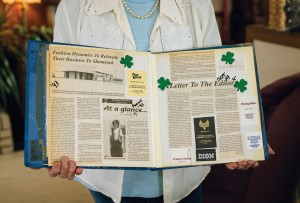 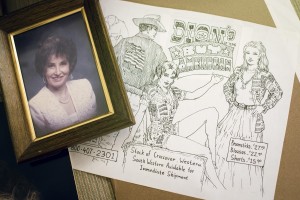 Another illustration for Dion’s. // Photo by Travis Young

Then after 9/11, things changed. The expense of manufacturing plus a shift in American style made it a tough climate for their high-end Western wear line to succeed.

In hopes of keeping the business afloat, Dion cashed in everything she had, from insurance to retirement. They eventually stopped manufacturing in 2003 and officially left Texas in 2005 for Creighton, Nebraska.

Something Dion consistently cared about was treating her employees well. She started her career in the 1960s, when women were not particularly welcome in the workforce, and became part of National Association of Women Business Owners (NAWBO). This, in addition to her experiences growing up, taught her the importance of sticking together as women in business. 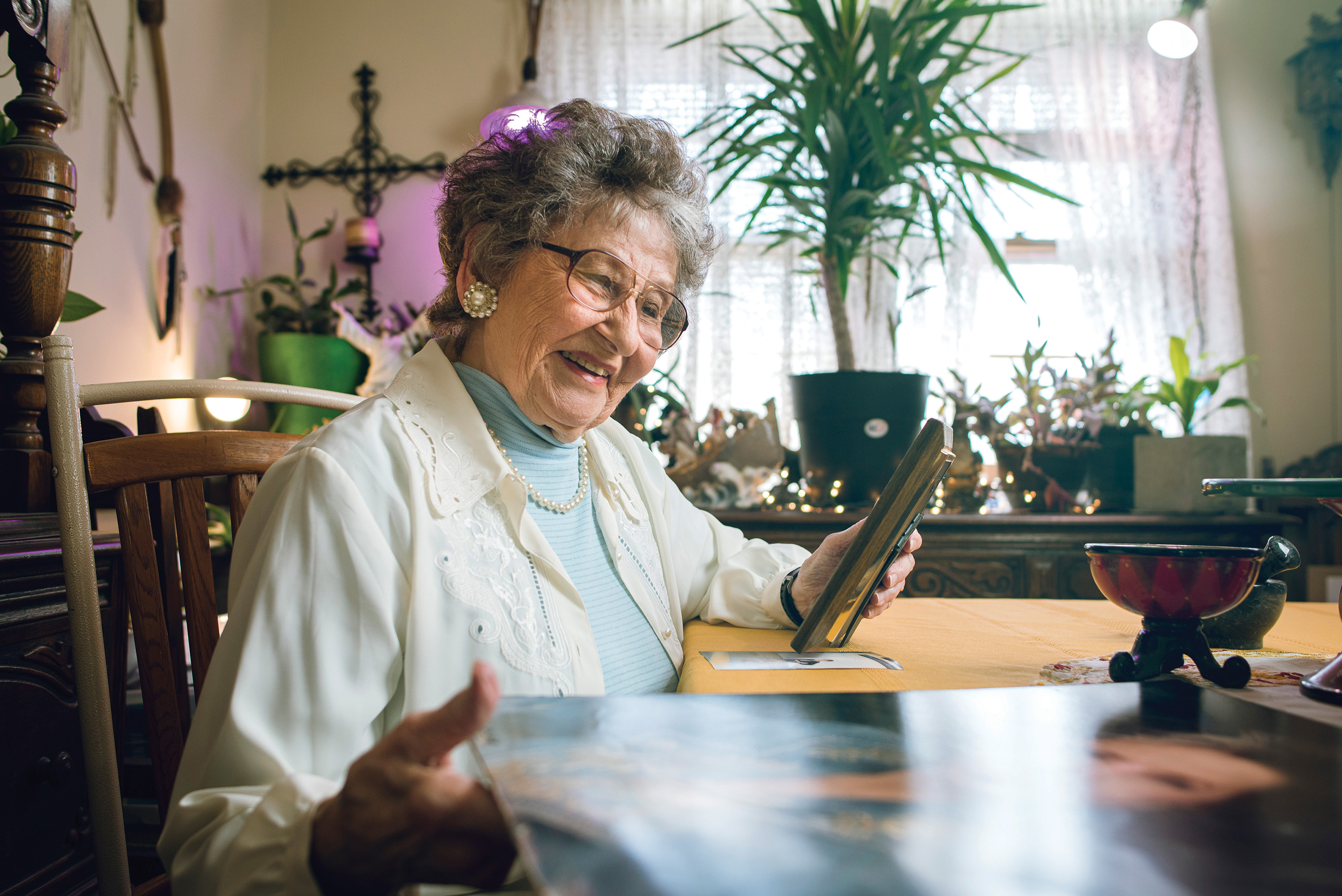 Mary Dion reminiscing of when she first started her company and the hardships she faced during that time in Texas. // Photo by Travis Young

Today, Dion is dreaming up a new business idea with her grandchildren, Jack and Amber, who have been living in KCK together since 2013. Her grandchildren hope to channel their love of animals and permaculture to create a safe, loving space for young people who are transitioning to work.

After all, when it comes to business—Dion won’t let anyone tell her no.

“I know I’m 83 but my mother lived to be into her 90s, and she was still doing her own thing, living alone when she was 95,” she says. “So I know that I have good genetics, and I know that I can help them with the business and everything part of it, and we will get it rolling.”