How a huckster Kansan became 1917’s Donald Trump of erections 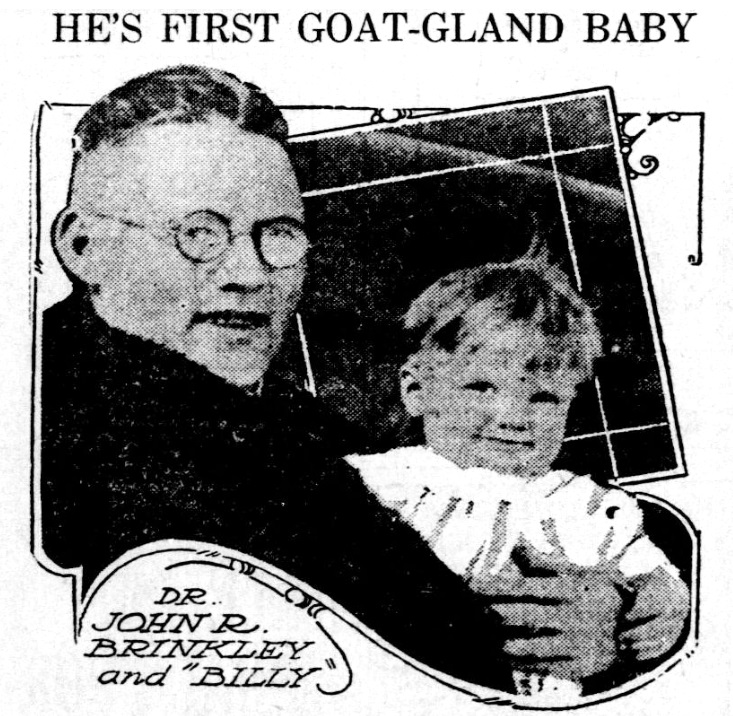 The first “goat gland baby” in 1921, with Dr. Brinkley. // Photo via Library of Congress

Have you recently had trouble getting it up? Maybe you don’t last as long as you did in your youth. Goat testicle implantation may be the solution.

Before you start googling where to sign up, you’re 100 years too late. Kansas was the epicenter of this super idea for several years, but the man and his treatments are long gone—but not at all forgotten.

The imaginative and dangerous exploits of J.R. Brinkley are showing up more frequently in modern art. A 2016 cartoon documentary called Nuts! is on Amazon Prime. Pre-pandemic, a film was in the works starring Robert Downey, Jr. as the rascally conman. And, most recently, a theater company in New York City released a four-part podcast called The Resistible Rise of J.R. Brinkley.

But Brinkley was about so much more than testicles. 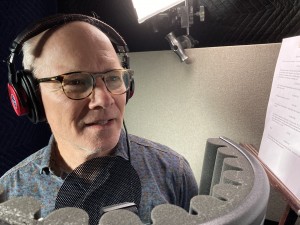 Dan Butler records for the podcast. // Photo by Whittaker Ingbretson

Edward Einhorn wrote the new podcast as well as the play it’s adapted from. He says, “When people talk about Trump, they talk about him as this unicorn, that Trump came out of nowhere. But when you look at things historically, he’s actually really tied into a lot of different American characters and American ideas that just never have achieved this sort of dominance of having a president representing them.”

Brinkley had just been discharged from his two-month stint serving in the Army during WWI. Soldiering hadn’t agreed with him. According to the book Charlatan by Pope Brock, Brinkley spent about half of his two months and 13 days of service in the sick bay.

Once he was free, Brinkley answered a newspaper ad. Milford, Kansas, needed a new doctor.

“Why not me?” Brinkley must have said.

After all, he had doctoring ambitions. He’d even spent a little time studying at some medical kinds of schools, including the Eclectic College of Medicine of Kansas City.

Nikaela Zimmerman, museum registrar for the Kansas Historical Society, says that the college was primarily a diploma mill. However, she says, “I don’t know if he actually had a diploma in hand ever. He attended Bennett Medical College and dropped out; I think that was in Chicago.”

In any case, the town didn’t seem to mind. Brinkley quickly set up a hospital and got to work doctoring. But, like all good physicians, he needed a gimmick.

Lore has it that an impotent man remarked to Brinkley: “Too bad I don’t have billy-goat nuts.” And the rest is history.

Einhorn’s research shows that at the height of business Brinkley had about 50 variants of the goat gland procedure. 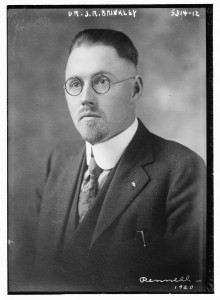 “There was really no rhyme or reason to it,” Einhorn says. “He would constantly be drunk in the operating room. It was the worst possible situation. If you just think about every terrible thing you would not want to happen to yourself with someone who was making it up as he went along, that was basically how he operated.”

And really, helping a fellow out was a pretty weak motivator. Brinkley wanted money and fame, so he needed to spread the word about his miracle procedure.

Zimmerman suggests that Brinkley’s most lasting cultural impact was in the use of media for self-promotion. He set up a radio tower in Kansas—only the fourth in the nation according to Nuts!, and with the most powerful signal.

With that station, he promoted his procedure in the first infomercials, and the first call-in talk show. Like Frasier. Well, except Brinkley solicited funds from sick and scared people all around the country and then shipped them random chemicals.

With this radio power, Brinkley also popularized country music. Other radio stations stuck with classical music, but he decided to broadcast the kind of music people made and listened to in their free time, like the Carter family. Einhorn’s podcast includes expert guests who say more about every aspect of the supernova that was Brinkley’s life.

But, the thing was that the American Medical Association was onto him. So was the early version of the Federal Communications Commission. They shut that shit down.

So, he ran for governor.

“He wanted to go into office and make the laws so that he could do what he wanted to do,” Zimmerman says.

He would have won the election, but he was a write-in candidate and bunches of votes were thrown out because the voters had misspelled his name.

“I just kept being astounded to see how close his narrative followed similar aspects of today’s world,” Einhorn says, “I try to point that out throughout the podcast: it’s about the past, but we can deal with the present simultaneously.” 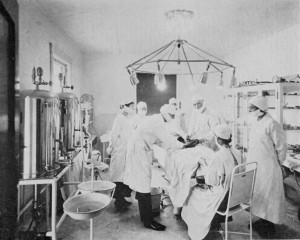 The town of Milford is now Milford Lake near Junction City, so as far as Brinkley-themed day trips, the Kansas Museum of History in Topeka is your best bet. There, Zimmerman says, you’ll find medical tools, photos, documents, and some of Brinkley’s clothing.

Including his admiral jacket. He was also an admiral of the Kansas Navy.

“There are some people who say the Kansas Navy was this tongue-in-cheek fraternal organization, but we haven’t really been able to find any evidence of that,” Zimmerman says. “After Brinkley claimed to be the admiral of the Kansas navy, there were a couple of governors who then actually did name admirals to the Kansas navy.”

Brinkley was shamed out of Kansas and moved to Texas where he noticed he could broadcast all the same devilry from a tower just over the border in Mexico—with an even more powerful signal. He amassed millions of dollars during a time when most people could barely eke out of living.

Ultimately, Einhorn says, Brinkley is remembered for his amazing competence in advertising and marketing and his incredibly dangerous incompetence in medicine.

“In the midst of the showmanship, and in the midst of this display of other things that a con man has, there are real and sometimes fatal results of that sort of chicanery,” Einhorn says.

But the showmanship is hard to look away from. He says, “I want to simultaneously acknowledge the appeal and not say that these are just fools and rubes falling for it.”