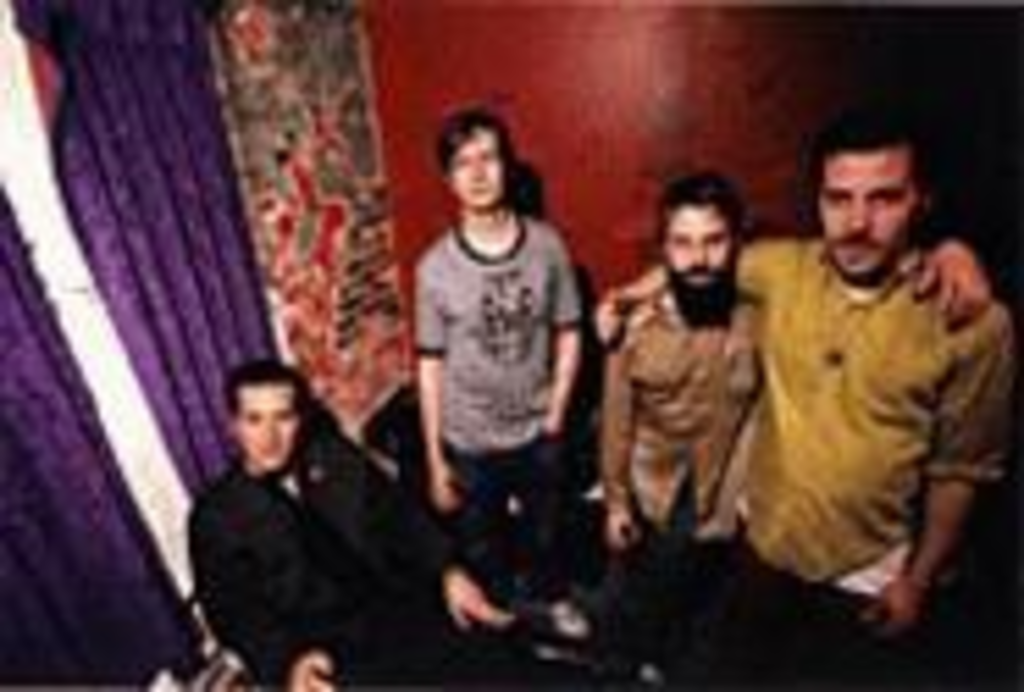 Well-worn thrift-store threads dominate indie fashion, so it’s not surprising that the music follows suit, staying with the familiar feel of simpler times. The Hot Snakes‘ tunes might recall earlier outfits (such as Drive Like Jehu, which included singer/guitarist Rick Froberg and guitarist John “Speedo” Reis), but they’re too brutal to qualify as comfort food. Where Jehu used sheer noise to pummel listeners, Hot Snakes relies on early-’80s-style riffage, paying homage to the band’s influences in all their melodic screaming glory without ever playing the ironic rock-revival card. Having just released their second LP, the urgent, energetic Suicide Invoice, the Hot Snakes’ members are slithering across the nation on their first full-scale American tour with Rocket From the Crypt brethren Beehive and the Barracudas. Check out what could’ve been dubbed the “When Animals Attack Tour”; if you’re lucky, no one will be around to suck out the poison.