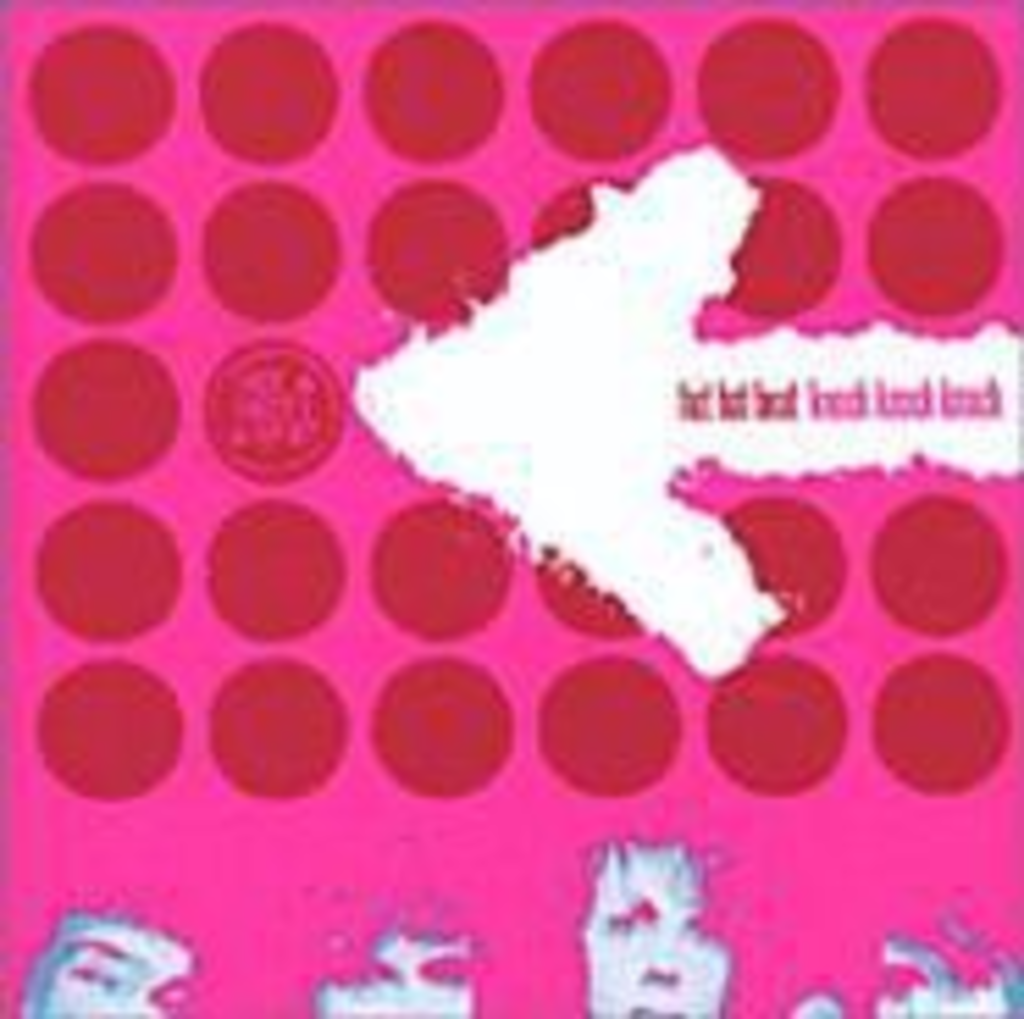 Hot Hot Heat would be a stupid band name if it weren’t so appropriate. This British Columbia-based trio smolders in style, like neon-pink lava bubbling under listeners’ feet, imploring them to dance or be burned. A blur of spring-loaded rhythms, hyperventilating vocals, savagely catchy hooks and chilling keyboards that function like an ice cube floating in scalding soup, Knock Knock Knock ignites instantly. When the songs slow down, singer Steve Bays compensates with a sexy extended-sigh delivery that ensures a steady sizzle until the full-power attack resumes. As a bonus, Bays’ clever lyrics (Who left the door unlocked?/Now my head is stolen) stray far from the lazy rock-about-rock trail trampled by many other groups that share the Heat’s revivalist fire. When he repeatedly demands, Where’s all your passion gone? (during the EP’s incendiary opener, “Le Le Low”), he could be addressing any number of his contemporaries — compared with HHH, countless bands sound frigid.

By contrast, Clinic’s Walking With Thee is a cold-blooded beast, but it’s not frozen stiff. It has all the ingredients necessary to spur crowd reaction (undulating beats, garage-spawned song structures), but it encases them in electronic detachment. Listening to the album is like attending an outdoor rave in the dead of winter — your brain sends the message dance when it perceives the pulsing rhythms, but your limbs are too petrified to respond. Clinic, whose members don surgical masks onstage, takes an antiseptic approach to rock, but that doesn’t mean its music can’t be abrasive — it scrubs some tunes (“Pet Eunoch”) until they’re raw. Clinic substitutes one form of danger for another, replacing familiar rebellion with a phantom menace. It pairs haunting keyboard tones with deep low-end thumps, making “Come Into Our Room” and “Harmony” sound like dance remixes of horror-movie scores. Its organic elements, especially the wailing harmonica that interrupts tranquil songs like an infant waking from a nightmare, add a human touch that’s not necessarily comforting. And ghostly vocalist Ade Blackburn doesn’t seem like a trustworthy tour guide, his thin enunciation of phrases such as I believe in Christmas Eve doing little to distract listeners from the songs’ underlying creepiness. When he proclaims Now it’s safe and warm during the album’s closing track “For the Wars,” it’s as if he’s led a group of followers to a barren, frostbitten nowhere-land, and he’s now inviting them to enjoy the deceptive toasty feeling that precedes eternal sleep.