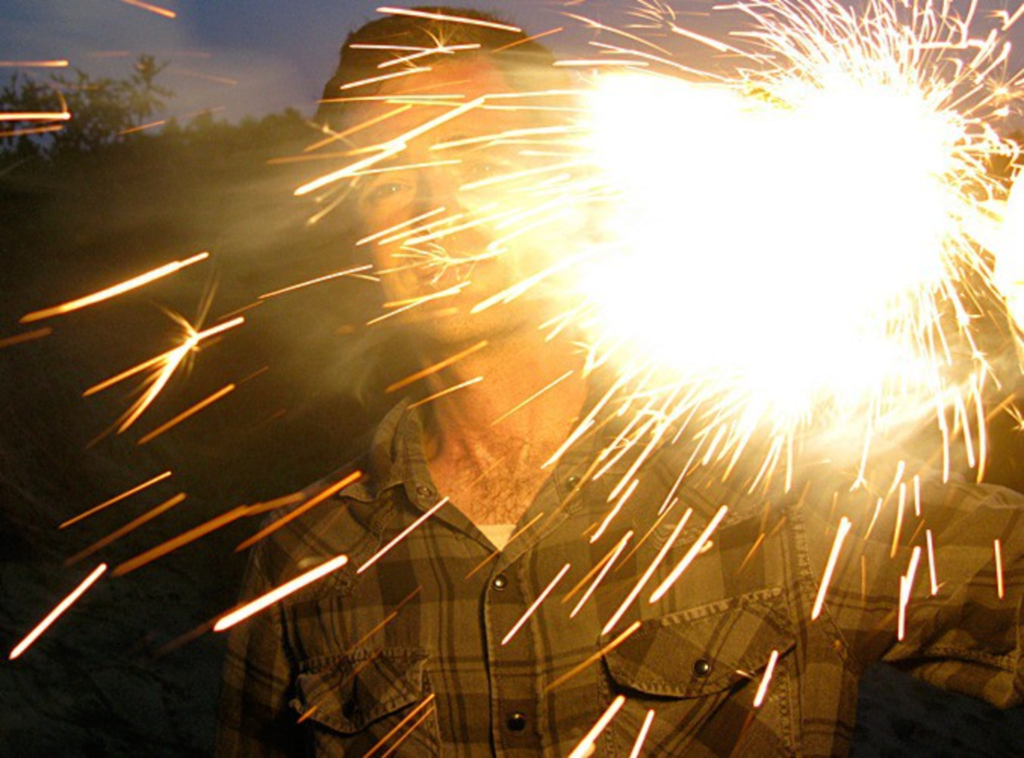 A few weeks back, hipster journal Vice published a review of Lonely Twin, the second LP from Lawrence act Hospital Ships. The magazine named it “Worst Album of the Month.”

Taking issue with the review is a fool’s errand. Dumping on things is Vice’s modus operandi, and Hospital Ships has earned love from plenty of other outlets — including National Public Radio and Stereogum (not to mention The Pitch) — that take music criticism seriously.

What is notable about the review is how the author (anonymous) cites his (or her) inability, as an East Coast resident, to connect with a record that is so “Midwestern.” The implied condescension behind that statement is a little bit despicable, but it does hint at a certain truth: The East Coast and the Midwest just don’t seem to understand each other. As it happens, Jordan Geiger, the man behind Hospital Ships, recently returned to Lawrence after living in New York City. And he has some thoughts on the subject.

“Here, I make music. I ride my bike with my friends. I have a garden. It feels like the way life should be lived to me,” Geiger says. He’s seated inside Coffee Break in Lawrence along with his backing band, a little jet-lagged, having just gotten back from a mini tour in France promoting Lonely Twin.

“In New York, I was doing art stuff about ‘my soul,’ and it smelled like shit everywhere, and it’s like this giant unsustainable ball of assholes. It’s a place where people go to ‘make it,’ but I think if you’re moving somewhere to ‘make it,’ you need to seriously question your artistic motivations.”

In defiance of the conventional logic of heading coastward for success, Geiger — who also plays in Minus Story and Shearwater, both not-unsuccessful bands — elected to return to his home base of Lawrence to establish a sturdier, more permanent lineup for Hospital Ships.

“There were very particular people I wanted to work with here,” he says. “It wasn’t like, Hey, I heard you play the guitar pretty well; let’s play together. I didn’t put out a Craigslist ad.” Geiger gathered together several friends and former bandmates (Nick Stahl, Taylor Holenbeck, Mitch Jones, Lucas Oswald, and Katlyn Conroy — from the bands Cowboy Indian Bear, the Appleseed Cast, Colony Collapse and Elevator Action) to perform with him.

“I think one thing unique about Lawrence, that you don’t find in a lot of other places, is that it’s nurturing,” Conroy says. Her role is sort of a floating member of the band when she’s not involved with Cowboy Indian Bear. “You can start a band and try to build something without feeling overwhelmed. I don’t think I’d be in bands if I didn’t move to Lawrence.”

Conroy continues, “It’s definitely less stressful to play music here than a lot of places, because any sort of competition is fun competition. Like, I grew up listening to Jordan and seeing his shows. And now I play alongside him. That shit wouldn’t happen in a lot of other places.”

That Hospital Ships is now a functioning live act at all is something of a development. In 2008, when Geiger released Oh, Ramona, the Hospital Ships’ debut, he considered it a hobby project. “It was very personal and vulnerable,” he says. “It’s kind of embarrassing to listen to now because of that.”

But the record’s moody pop sensibility quickly found an audience, and in his downtime between work in Minus Story and Shearwater, Geiger began shaping and recording the new material that would become Lonely Twin. Two years later, the new record has arrived.

The tracks on Lonely Twin are pop songs with a noisy streak running through them. They’re explosive and swelling but rooted in a melodic steadiness, like a controlled demolition. On some songs, Geiger gets a little orchestral, with strings, synths and glockenspiels. It’s without a doubt an album informed by its process, which for Geiger involved migration and settlement — a sense of place.

But whether the music reflects a typical Midwestern musical mind-set is up to the listener to decide. Or to not care about at all.