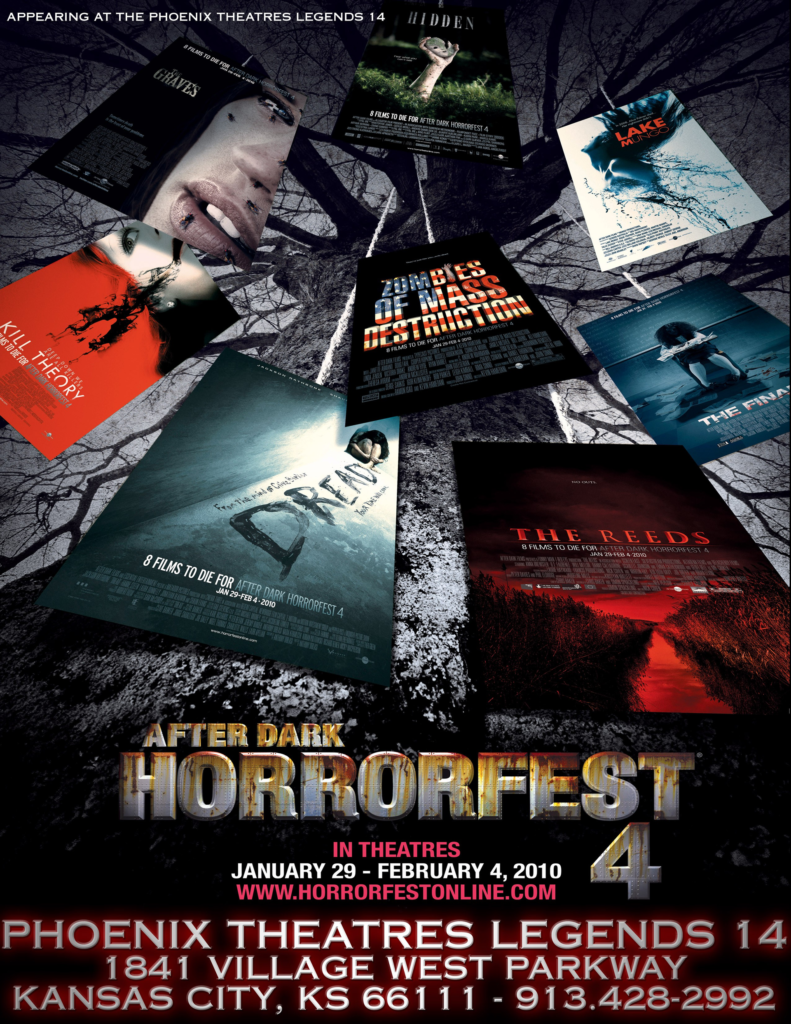 Recent theatrical releases haven’t offered much to horror connoisseurs. The scariest sight to be found on any multiplex screen so far this year is probably the Rock in his Tooth Fairy garb. But with the After Dark Horrorfest, which showcases eight indie shockers in one harrowing weekend, genre fans can make up for lost screams. Lake Mungo, an old-style suspense-over-gore ghost story, boasts the most advance buzz. The lineup also includes entries from these classic horror categories: documentary gone terribly awry (Dread, starring Jackson Rathbone; Team Jasper, take note); small town with creepy buried secrets (Hidden); brutal wilderness survival (The Reeds); Saw-style sadist games (Kill Theory); nerd revenge (The Final); social commentary involving the undead (Zombies of Mass Destruction); and movies starring Tony “Candyman” Todd (The Graves). “When you see eight disturbing movies in three days, that does something to you,” says promoter Terry Taylor. He would know, having watched 25 movies during the previous three horrorfests. The terrorthon begins today at the Legends 14 Theatres (1841 Village West Parkway in KCK). For information, see horrorfestonline.com; for showtimes, call 913-428-2992.