Hooveriii’s frontman on the art of making music fun 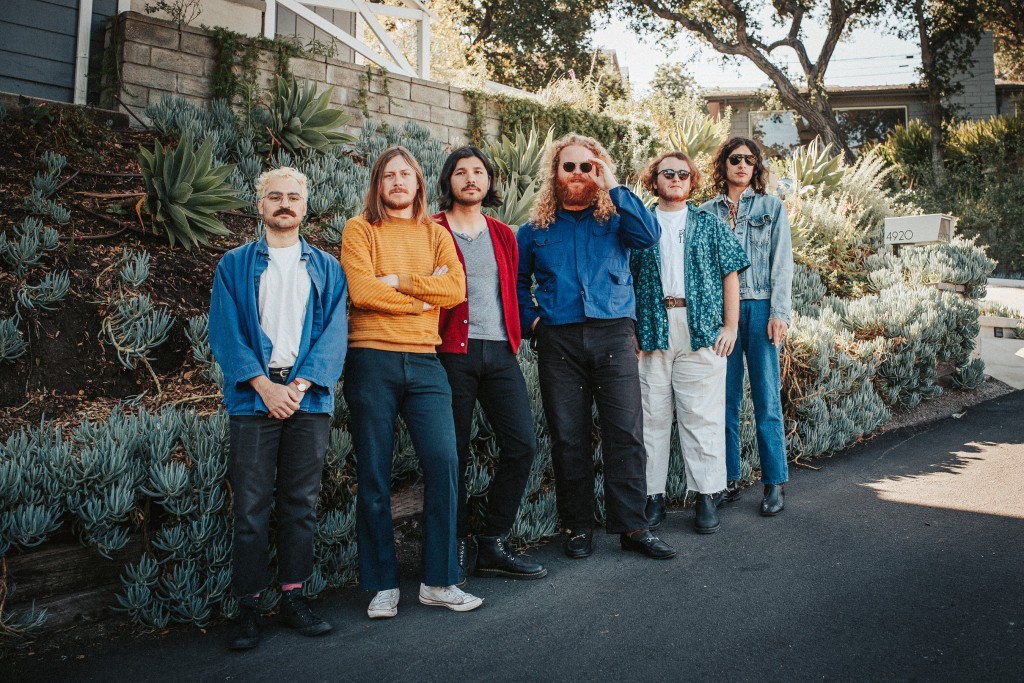 When you get a press release wherein a band’s new album name-checks British prog group Gentle Giant, Detroit proto-punk Iggy Pop, Austin psych-rocker Roky Erickson, and singer-songwriter Harry Nilsson, it’s imperative to dive in and give a listen if you’re a music journalist. That murder’s row of talent is like catnip so, naturally, we listened to an advance copy of Hooveriii’s (“hoover three”) latest, A Round of Applause, and immediately found ourselves deeply invested in the Los Angeles band’s sound. After multiple listens, we needed to hop on the phone with the psychedelic group’s eponymous founder, Bert Hoover, to discuss how A Round of Applause came to be.

We caught Hoover as he was on his way to work, ahead of Hooveriii’s tour in support of A Round of Applause. Given that he works at a record store, we start of by observing that it seems like only someone who lives music 24/7, by being in a band and working in a record store would make Iggy Pop and Gentle Giant references when talking about their “pop record.”

“Definitely,” Hoover agrees. “Working at a record store has exposed to me to a lot of things I maybe otherwise wouldn’t have given a chance.”

When we ask if having a constant pipeline of music to which he’s exposed affects how he approaches making music, Hoover concurs, explaining that it doesn’t affect the creative process per se, but it widens or broadens his horizons.

“It gets me into situations and bands and artists that I otherwise probably would’ve just been like, ‘I don’t know,’” continues Hoover. “Goofy prog or something like that. I actually bought my first Gentle Giant record a couple months ago. I’d never committed to owning one. It’s funny, ’cause I’ll sit on some things at work and then one day something will just click and I’ll be like, ‘Ah, I think I gotta pull the trigger.’”

Given Hoover’s long tenure in record shops, as well as touring, one can only assume that it can possibly be overwhelming working in a record store, then playing with new bands every night on tour, to say nothing of talking with musicians and fans every night. That’s a lot of musical input.

“I feel like we’ve built like a nice little network with friends we’ve made in different cities, in different areas,” Hoover offers as a counterpoint. “There’s a band called the Moose that’s based outta like Missouri, and they’re fucking amazing.”

That enthusiasm is really the heart of what Hooveriii does. For all the name-dropping done thus far in this piece, Bert Hoover and his bandmates make music that is fun. There’s a joy in making songs that get weird, but also make you want to dance or flail about the room.

“That’s kind of the whole point, you know?” replies Hoover. “We’re doing all right, but we’re not buying houses with music and so, it’s gotta be fun. That’s important to me. And, you know, there are moments where it’s not fun, and it’s just gonna be like that sometimes.”

That point of view hasn’t always been one Hoover held. Growing up, he used to think bands like Van Halen, with David Lee Roth running around on stage and high-kicking, were tacky but now, after working in a record store and meeting different kinds of people with different opinions and different taste, he says that exposure changes the way that you look at things.

“Now, I look at like a band like Van Halen and I’m like, ‘Damn, they’re having a lot of fucking fun,’” Hoover says. “And that kind of rules. You feel that vibe. You go to a Ty Segall show and that dude’s having a fucking blast and that’s impressionable.”

Hooveriii plays the Replay Lounge on Tuesday, August 16, with the Moose, Pale Tongue, and Lily Kosirog for a matinee show. Details on that show here.