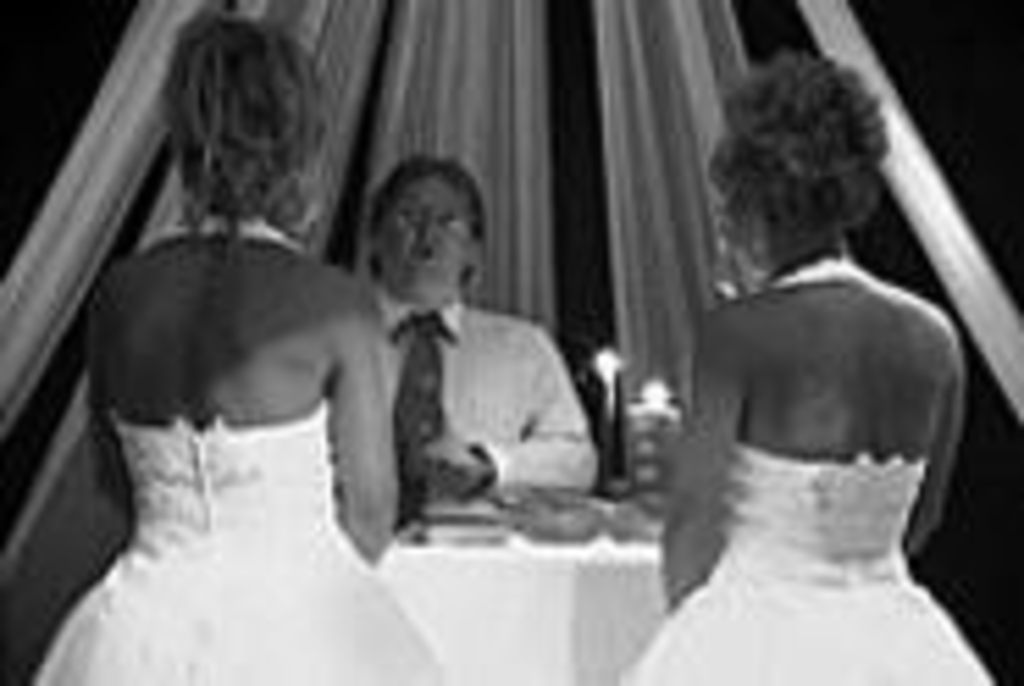 Despite what Amendment 2 “yes” voters might have hoped, gay culture is far from extinct in the fair state of Missouri.

Next week marks the first IndyOutties Film Festival, which brings 3 days of movies to Kansas City from all over the nation. The films include a vast array of comedies and dramas, shorts and features — all of them queer.

Not surprisingly, the angriest films deal with current realities. One documentary, titled Texas Bullshit, shows clips from a rally protesting the policies of a certain wealthy Texan in a big white house. (And it’s not J.R. from Dallas.)

Another documentary hits closer to home — just a little to the north and west, to be exact. Omaha’s Jim Fields brings his documentary 416, about a constitutional amendment banning all same-sex marriages and civil unions in the state of Nebraska. The initiative was approved in November 2000 by an overwhelming 70 percent of the voting population. (Sound familiar?)

Fields’ film chronicles the efforts by gay alliances and the American Civil Liberties Union to defeat the initiative. In the spirit of fair play, he also interviews members of several self-designated “pro-family” organizations as they use a considerably larger amount of money than the opposition to push the issue. Refreshingly, the film spends much of its time on the more articulate advocates on both sides of the issue.

Much of 416, particularly the sections that deal with the legal benefits denied those outside legally recognized unions, won’t be news to the gay community. In fact, the film seems to have been made more in an effort to educate those who advocated the ban. Fields says some Midwestern screenings of his documentary have included conservative viewers who have never known a committed gay couple. “So when they see the profiles of the couple, they’re surprised because they didn’t act the way they expected them to,” he says.

Still, Fields is realistic about the impact of 416. “I don’t think this movie is going to change anyone’s opinion about where they stand on the issue,” he says. “But I think it will make them step back and think more about the issue and realize that we are talking about peoples’ lives.”

The goal of reaching a wider audience is also expressed by Kansas City filmmaker Liz Townsend, whose short drama Full Circle opens the festival on Wednesday. Her work depicts the friction between lifelong friends as one explores her sexuality. The film’s basic themes are universal, Townsend says.

Other serious offerings include Jonathan Swartz’s documentary Turned Out, which takes a stunningly candid look at the hierarchical system behind prison rape. And there’s lighter fare in The Nearly Unadventurous Life of Zoe Cadwaulder, which feels sort of like a lesbian version of Amelie.

The hilarious, big-budget D.E.B.S. screens as part of the festival’s Girl Shortz segment for women. (There’s a similarly themed Guy Shortz.) At the start of the film, an advisory flashes across the screen warning that D.E.B.S. is dedicated to “people who like to watch chicks shoot guns and make out.”