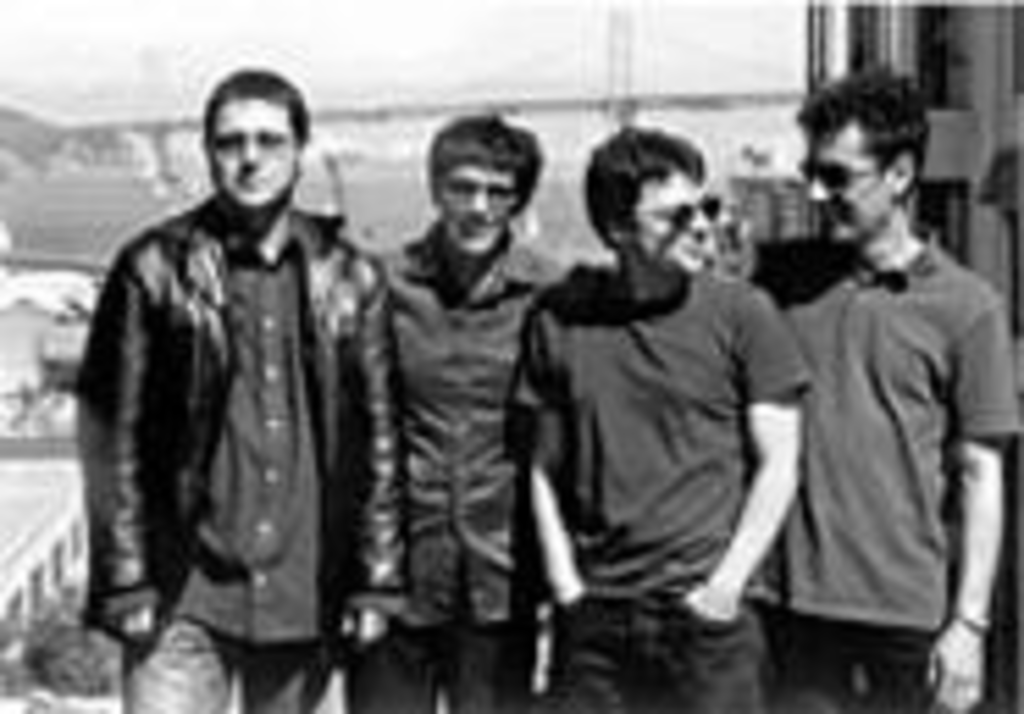 Like Queens back East, Oakland out West and Detroit in the middle, Manchester is a proud, blunt town of the people. British historian A.J.P. Taylor called it “the only place in England which escapes our characteristic vice of snobbery.” If that’s so, Slaughter and the Dogs, unpretentious and full of heart, is the ultimate Manchester band. And if that’s more than can be said for many of the northern city’s more celebrated acts — the Smiths, Stone Roses or New Order — it’s also less: Slaughter is not witty, danceable, tastefully downbeat or sexually ambiguous. Whether on the ’77 single “Where Have All the Boot Boys Gone?” (often credited with inspiring the working-class Oi! punk movement) or “Saturday Night Till Sunday Morning,” the lethally infectious rave-up that kicks off the band’s comeback album, Slaughter and the Dogs absolutely rocks.

At the moment, though, the group isn’t quite sure where it’s doing the rocking. “We just hit Rhode Island,” says guitarist Mick Rossi in the kind of “Say what?” brogue Yanks have associated with rock and roll since the Beatles. “I don’t fucking know where I am.” Speaking from their van, Rossi and vocalist Wayne Barrett, rhythm section in tow, are on their first-ever U.S. tour, the logistics of which have required more than a mere trans-Atlantic hop. In fact, the Manchester lads currently reside in two of the world’s capitals of pretense and affectation: Hollywood and France, respectively. And though Rossi was drawn to Tinsel Town by his wife’s acting career and Barrett to Lyon by its culture, the opportunity to record again led them inevitably to the place that Liam Gallagher says “everything comes from.”

In late 2000, the band landed label backing from TKO Records after its first Stateside show, the Holidays in the Sun punk fest in San Francisco. Rossi and Barrett rented a house in Manchester and wrote Beware Of Slaughter and the Dogs, the full trough of Salisbury-steak-and-potatoes punk and roll that marks the band’s first studio album in twelve years. “It was great because it brought back millions and millions of memories,” says Barrett of last June’s monthlong homecoming. “We were up all night telling stories about the things we used to do.” Such endeavors included stealing tires and drainage grills to pay for studio time and crashing with whiskey and pills.

Recollections of hell-raising inspired much of the raucous disc, including “Come On (Let’s Do It),” a glammy inspirational stomper the likes of which hasn’t been recorded in decades despite keen nostalgia for such stuff. “From bar one, it hits you hard and heavy and doesn’t let up till it ends,” says Rossi, launching into a goofy Elvis impression for the song’s best line: Don’t throw away your life like a burning wheel! Adding a classic touch to the upbeat vibe, the album’s ripping version of “Hard Day’s Night” does for Lennon and McCartney what Social Distortion did for Johnny Cash with “Ring of Fire.” But Beware Of … is not strictly party music — “Blow” and “The Rope Around Your Neck” have a moody, cautionary flavor into which the band has never delved so deeply. “We had bad habits,” Barrett explains. “We lost a lot of friends on that road, so it’s a bit of a dedication to them.”

Like the Velvet Underground cover on Do It Dog Style, the band’s classic debut, and 1980’s nearly Springsteenian “East Side of Town,” there’s a pop gem on Beware Of … as well: “Anthem for the Kids,” a grand, lilting pub ballad. Perhaps the most robust and melodic voice in early British punk, Barrett’s strikes the perfect breathless balance of toughness and grace in “Anthem”: You put your pay on the table/And your old man does the same/Then your mom slips you a tenner/Have a drink; don’t feel ashamed. The tune was inspired by one of the most vividly nostalgic nights of the Manchester retreat. As Rossi recalls, “Wayne and I would drive around about midnight when all the traffic had died down, and we went back to outside his mother’s house. We smoked a pack of cigarettes, and then we went to my mother’s house and looked at the room where I grew up. When I got up in the morning, Wayne had written the words, and it was just so powerful.” Says Rossi of the trip, “It was just nice going to bars and to restaurants and hearing the language and just to pick up that Manchester grit that only Manchester has.”

So far on the tour, the two have been impressed by Yank fervor for that same grit. The band sold out in Philly, San Francisco and even at L.A.’s historic Troubadour, where more than 250 were turned away at the door. They’ve had emotional encounters with old fans and met seventeen-year-olds who know all the lyrics to Dog Style. “We were a little cautious,” Rossi says. “But we’ve just been thrilled beyond belief.”

Barrett has also been thrilled to put a certain controversy behind him, stemming from the adoption of the “Boot Boys” single as a skinhead anthem. While there are more antiracist adherents to the subculture of shaved pates and “boots ‘n’ braces,” the media doesn’t know it, even in Britain, and the song has been something of an albatross. “A bootboy is not a skinhead,” explains Barrett, himself Jewish. “He’s just a rowdy, rough fucker that used to go out and watch football and have a fight. The fascist and pro-Nazi thing, I can’t stand.” So far, the tour hasn’t seen a single absurdly misdirected “seig heil” from the audience.

Head over to El Torreon on Friday, and you’ll see why it’s hard to believe any bunch of numbskulls, no matter how thick, could ever have pegged the Slaughter and the Dogs so wrongly. The Manchester expats put on the kind of soul-shaking show that can remind fans what self-absorbed artists on both sides of the Atlantic have made us forget: rock and roll is all about freedom and having a good time — wherever you’re from, and wherever you are.