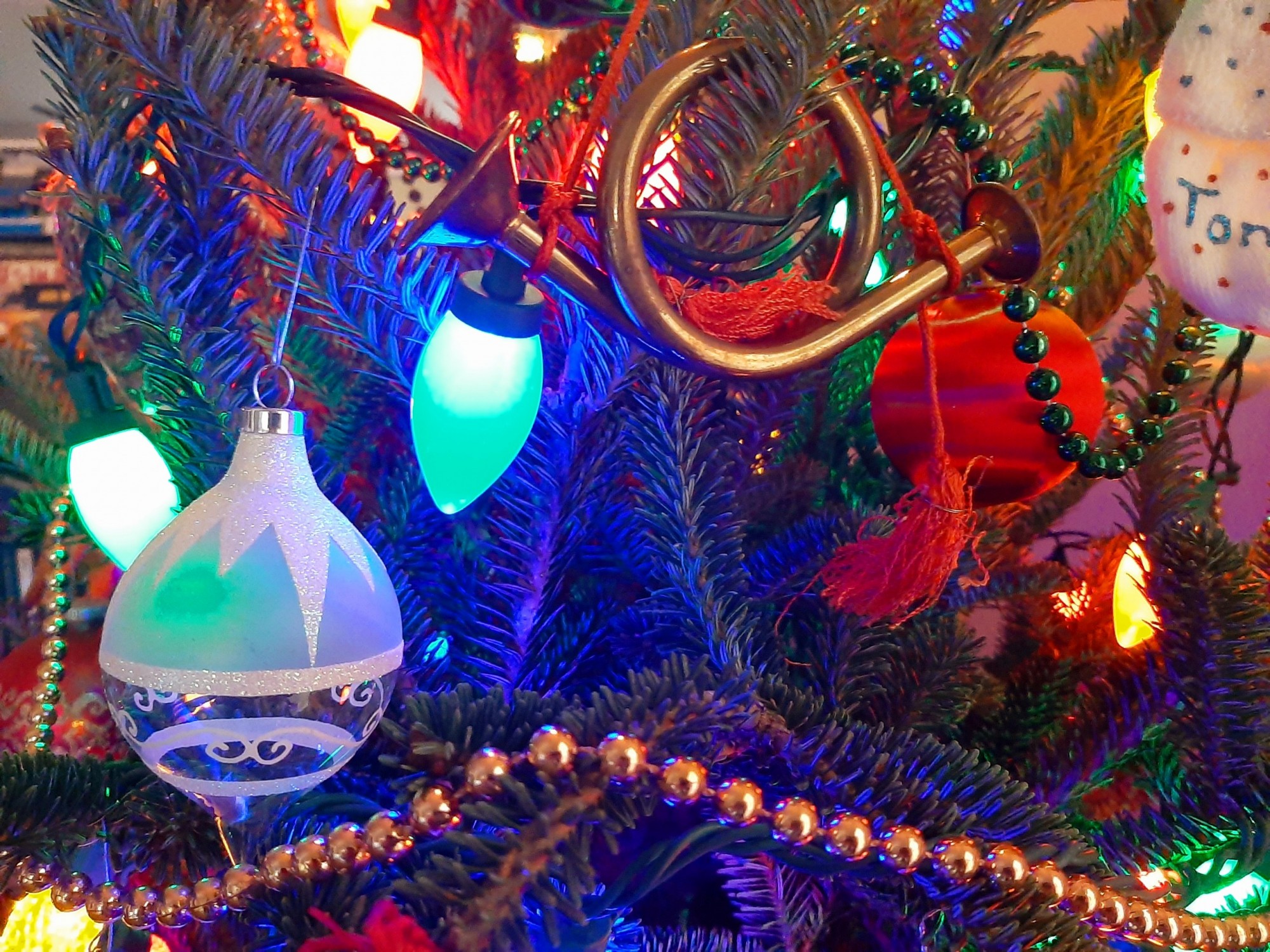 As of now, it’s definitely too late to order anything online, and you’ve probably listened to all the various holiday hits ten times over by this point, so maybe you’re feeling a little stressed out by the season. In the interest of calming you the hell down, here’s a collection of Christmas and winter-appropriate tunes from local musicians both new and old to put a smile on your face and some joy in your heart.

Described by La Guerre’s Katlyn Conroy as “a goofy sad little holiday song,” “Orbison” not only features Conroy’s aching vocals, but those of her mother, as well. Despite being a little melancholy, there’s a looking forward “toward hopeful unknowns” which lifts up your heart, and goodness knows we can all use a little bit of that right now.

If you’ve been watching those Two Minutes to Late Night cover song collabs which drop every week, this should be right up your alley. It’s not metal, obviously, but if you enjoy seeing a bunch of talented musicians cover a song, this is for you, and this one is locally-sourced. It features a veritable who’s-who of our Cine Local favorites from the past year, as well: Sam Wells, Max Indiveri, Fritz Hutchinson, and Remy Styrk, plus the Lied Center’s Derek Kwan is on flute. Enjoy this indie rock bop of a take on Bruce Springsteen’s version of “Santa Claus is Comin’ to Town.”

The title of Jones’ EP is absolutely accurate, but the songs have this warm quality to them which keeps them from being too sad-bastardy. The EP is a soulful collection of songs, replete with jingling bells appropriate for the holiday season. The musician’s approach to Sad Christmas feels incredibly mellow, and though the lyrical content is pertinent to the title, there are no aching pains to be had. Instead, its relaxed approach is Jones’ key to getting his message across.

“[S]ort of an ode to Seasonal Affective Disorder and a potential soundtrack to nefarious wintertime activities,” Jason Beers’ latest album is a beautiful collection of instrumental pieces perfect for those who want something which sounds like the holidays, but makes no reference to them whatsoever. Acoustic guitar, banjo, and judicious use of sleigh bells makes this just dark enough to sip whiskey alone, but it’s still upbeat enough to have on while you’re making cookies.

Take the plot to the 1988 Jim Varney holiday comedy film, add raspy vocals and an outlaw country band, and you’ve got yourself what is essentially the Christmas country tune you didn’t know you needed. Outlaw Jake’s recounting of the movie’s storyline turns this into “The Ballad of Ernest P. Worrell,” and if they ever decide to reboot the franchise, we hope the song plays over the end credits.

David George’s Christmas show, Christmas Ain’t A Drag, had been in the works for quite some time before making its debut at the Cutting Room in New York City last Christmas. Sadly, Covid prevented George from staging the musical this season, but you can find the full-band demos for the stage musical on Bandcamp, perfect for a night when you want your Christmas to swing.

Lots of Christmas songs, but here’s one for the New Year. Off Chase the Horseman’s 2019 EP, Disinformation Blues, what you have here is a swirly dream pop song about “Cheering for a year that’s been,” which is about as much energy as we can muster right now as we limp across the finish line.

Classics! By a string band! Bluegrass renditions of these two big sing-alongs from their 2017 album, An Old Sound Christmas. These are the only two songs streaming from the album, so if you want to hear the rest, you’ll need to snag the CD or download from Old Sound’s web store. I really do want to hear a bluegrass version of “A Holly Jolly Christmas,” though. That seems like it’d be fun as heck.

While Danger Bob has slowly been adding the band’s music to Bandcamp (still no MegaVega$, though), these four tracks are so obscure, they didn’t even make it onto the band’s Discogs listing.  Surprised released on CD-R the Christmas of 1998, the EP spawned a minor local holiday hit in “Ho for the Holidays,” a jaunty tune with as many bad seasonal sex jokes as possible in a two-minute pop song.