Holdin’ on to black metal at the Paragraph Gallery 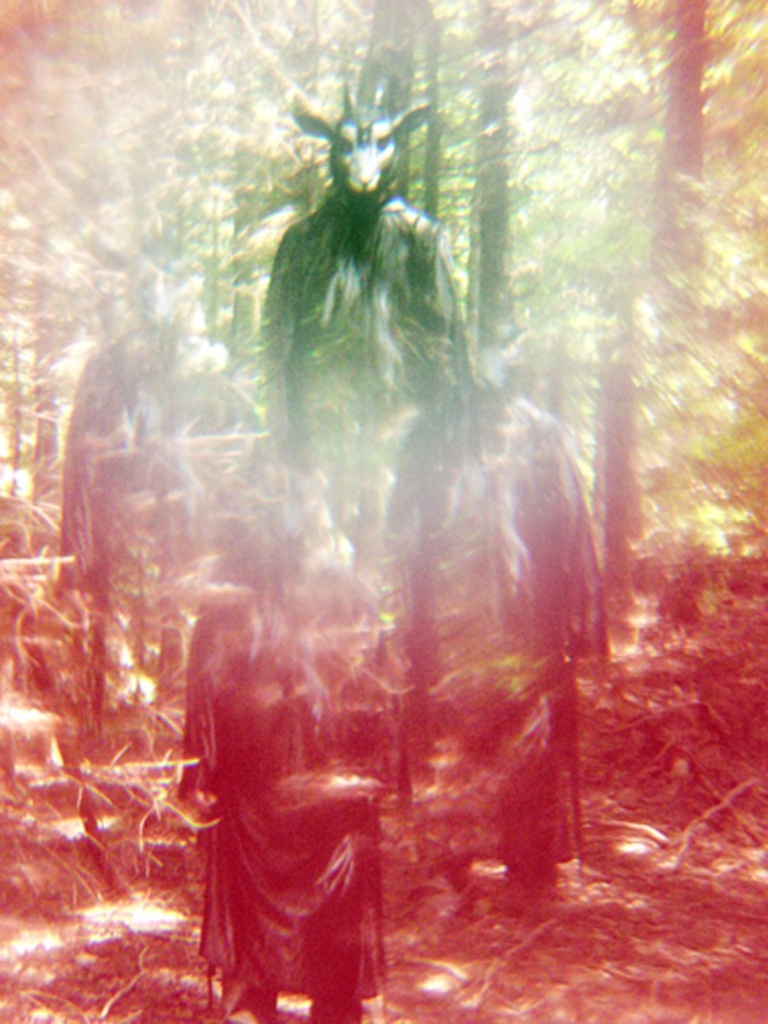 Amelia Ishmael’s introduction to black metal came at age 14, by way of a mixtape. She was hooked instantly. But as a teenager in pre-Internet Florida, the only way for her to find more music was through mail-order catalogs, which required access to a checking account.

“I remember asking my parents to write a check for a few things — band T-shirts or collectible kids’ stuff — but I knew it would be pointless to ask their help to order satanic-sounding music from overseas,” Ishmael says. “So all I had was this tape.”

She listened to the tape so much that it wore out, but Ishmael’s passion for black metal never did. After moving to Kansas City in the late 1990s, she attended shows by the local black-metal band Descension at El Torreon. As a graduate student in modern art history, theory and criticism at the School of the Art Institute of Chicago, Ishmael convinced her advisers to let her write her thesis on black metal in contemporary art. Black Thorns in the White Cube, the exhibition she has curated at the Urban Culture Project’s Paragraph Gallery, grew out of her research.

Two of black metal’s innovators ultimately met violent ends. Dead committed suicide in 1991. (A photo of his bloody corpse, taken by Mayhem guitarist Euronymous, later graced the cover of a Mayhem album.) And in 1993, Burzum member Varg Vikernes fatally stabbed Euronymous in the head, neck and back. These events catapulted black metal to international infamy and have continued to feed the culture surrounding it.

To the uninitiated, black metal can still come across as off-putting, a cacophonous, hostile sound with misanthropic lyrics. Ishmael acknowledges that it’s not for everyone. “Black metal is difficult to listen to. The vocals that we are used to listening to as the focus of pop songs are buried beneath layers of drums and guitars and distortion. You listen through the music more than you listen to it.”

You don’t need to be a fan of the music to appreciate the work on display in Black Thorns in the White Cube, but some knowledge of black metal helps. Ishmael has stocked the gallery with her own personal stash of metal magazines (Terrorizer), vinyl records (Burzum, Nachtmystium, Locrian) and books (Metal: The Definitive Guide, by Garry Sharpe-Young).

Works by Grant Willing and Aaron Metté allude to the subgenre’s early history. In his series of black-and-white photographs, titled “Svart Metall,” Willing includes a picture of a knife (perhaps a reference to Euronymous’ stabbing or Dead’s self-mutilations) and a historic Norwegian stave church (the same type allegedly burned by Burzum’s Vikernes before he went to jail). The color prints in Metté’s “Afterlife” series pair grainy snapshots of Dead with close-ups of butterflies. The artist crops tiny sections of the images of the singer to build the intricate patterns on the insects’ wings. With “Afterlife,” Metté suggests that Dead lives on through his music.

Photographs by German artist Alexander Binder have appeared on the cover of albums by Ural Umbo, Black Mountain Transmitter and Stephen O’Malley. He experiments with lenses, piecing them together from prisms, bits of plastic and parts of old Soviet cameras. Flares of light and moody, atmospheric color fields obscure the creepy figures from Teutonic fairytales that lurk in Binder’s photographs.

The drawings of Brooklyn-based Karlynn Holland and French artist Élodie Lesourd are inspired by band logos. Lesourd draws lines linking the extremities of the logos of the four founding Norwegian black-metal bands. Holland’s art, with its near symmetry and complex line work, could easily be mistaken for metal logos, which function as visual codes that clue fans in to a band’s influences and sound. Ishmael commissioned U.K. artist Christophe Szpajdel, aka Lord of the Logos, to create a design for the exhibition; the original is on display in the gallery.

Surprisingly, not all of the artists involved are black-metal fans. London-based Tereza Zelenkova has no interest in black metal. Her dark and moody black-and-white photographs on display here — a cloaked figure, a spindly-legged spider, light hitting the tumultuous surface of water — reflect her interest in the irrational systems of belief that develop when science and religion fail to answer life’s questions.

Brooklyn’s Vincent Como and Baltimore artist and musician Terence Hannum contribute works that visually represent the experience of sound. Como used a copy machine to make “Descent,” building up thick black toner on the surface of white paper. He arranges the 10 sheets that make up “Descent” in an upside-down pyramid that suggests downward movement.

Hannum paints candles and amps in white gouache on pentagon-shaped pieces of black paper. On a recent sunlit Saturday afternoon, with street traffic filtering past the windows at the front of the downtown gallery, the Paragraph seemed miles away — both geographically and atmospherically — from the Nordic landscapes inspiring much of this exhibit’s works. But with the droning sounds of Ural Umbo on the record player in the background, the wispy flames of Hannum’s candles seemed almost to quiver.