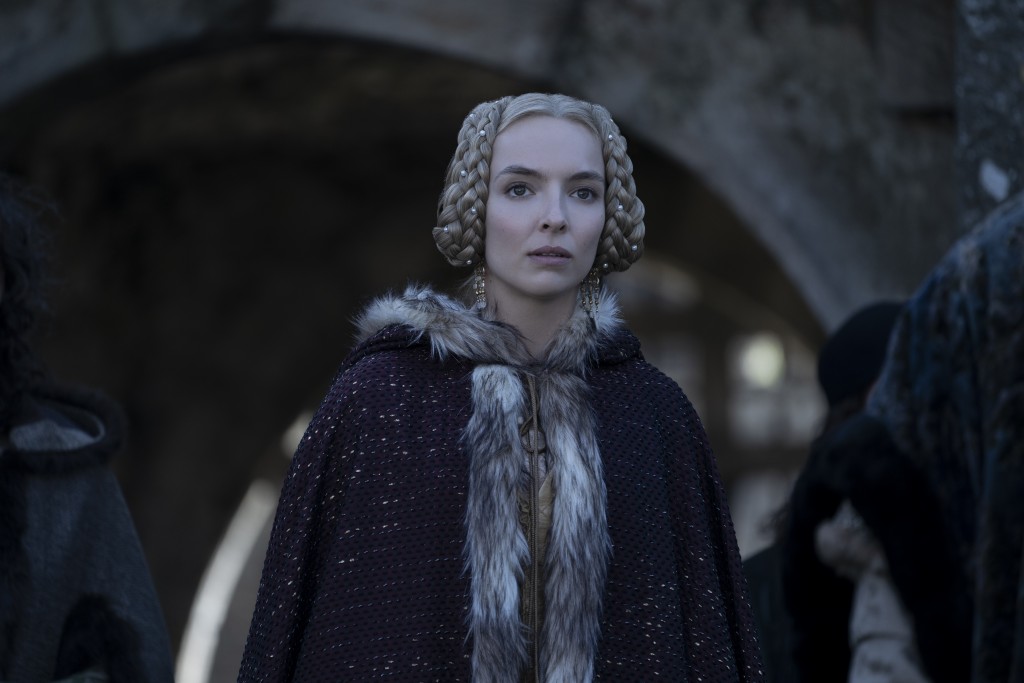 Jodie Comer in The Last Duel. // Photo by Patrick Redmond

Confession time: I’ve never known quite where I stand on Ridley Scott.

Some of his movies—Alien, Alien: Resurrection, Blade Runner, Gladiator—display vision and communicate an artist thinking deeply about important themes and the value of storytelling. There’s also a significant amount of his work that feels uninspiring and pedestrian—Robin Hood, A Good Year, Body of Lies, and Exodus: Gods and Kings to name a few.

He’s a prolific director, and a great craftsman, but not always consistent as an artist. When you go into a Ridley Scott film, there’s always a question of which Ridley Scott you’re going to get.

Fortunately, The Last Duel, Scott’s latest, is of the thoughtful variety. Scott’s working squarely in his historical epic wheelhouse (the one located adjacent to his Sci-Fi wheelhouse and crime drama wheelhouse), with a drama that revels in the mud and harshness of its medieval setting.

Scott, working from a script by Matt Damon, Ben Affleck, and Can You Ever Forgive Me’s Nicole Holofcener, uses a Rashomon-like structure to tell the story of a woman’s rape from multiple perspectives. At the center of it all is a strong, well-considered female character whose experience feels infuriating, realistic and relevant.

Based on Eric Jager’s nonfiction book of the same name, The Last Duel follows the true story of a 14th-century duel to the death, the last of its kind to be held in France. The fight in question is between Sir Jean de Carrouges (Matt Damon) and Jacques Le Gris (Adam Driver), former brothers-in-arms, over allegations by Carrouges’ wife Marguerite (Jodie Comer) that Le Gris raped her. We see the same story filtered through three perspectives, with varying details.

Carrouges’ version of the story is a tale of a hardworking soldier and caring husband who fights back after one indignity too many. Le Gris’ perspective on the event is an attempt by a man in love to pursue an affair with Marguerite, who he believes is an ill-suited partner for the rough, illiterate Carrouges. Marguerite’s version is a more painful, frustrating telling, in which she tries to get support from her husband after a traumatic event, and is instead put at risk by his reckless acts of pride.

The subtle differences between these perspectives are what make The Last Duel so effective, both in the technical elements of performance and cinematography, and in the psychological complexities they convey. Marguerite’s cries of protest go from playful in Le Gris’ version to terrified in her own. Local lord Pierre (Ben Affleck) is an inscrutable jerk in Carrouges’ eyes, but a fun-loving cad to Le Gris.

Damon’s Carrouges is rough yet warm in his version, stubborn and unyielding in everyone else’s. Driver’s Le Gris paints himself as a tortured romantic. Comer’s Marguerite is innocent in Carrouges’ account, canny and intelligent in Le Gris’, and an honest, capable woman in her own telling. That these characterizations are only subtly different in appearance, but convey huge relational gaps, speaks to the strength of the performances and how they’re captured.

What emerges is a complex portrait that looks at not just the historical realities of the story in question, but the issue of sexual assault and how it’s been presented in culture at large. Le Gris’ account in particular is disturbing in that in both his and Marguerite’s version, he appears to be acting not out of malice but genuine romantic desire.

Before 2017, his assault of Marguerite would be portrayed very differently (and has been, in thousands of other films with similar scenarios). That the version we get now speaks to the truth of Marguerite’s experience—and explains why Le Gris doesn’t think he’s done anything wrong—feels like a notable step forward.

This ambitious, nuanced approach finds a more than capable leader with Scott, who’s utterly uninterested in romanticizing the period or the people. The story we get here is blunt and nasty, with occasional pleasantries to soften the proceedings. For a filmmaker interested in immersive worlds and powerful stories, The Last Duel offers both, as well as room to experiment that Scott takes advantage of in interesting ways. This time out, he’s fully engaged, and the resulting film ends up having quite a bit to say because of that engagement.