Kansas City’s past — as cowtown and cattle hub, as commercial force, as recession survivor — is readily visible in its buildings. But what about KC’s future? Cranes dot the horizon as luxury rentals rise, but viable empty properties, some of them storied, await their next chapters, or else obliteration.

Preventing the destruction of unique or otherwise worthwhile structures is central to Historic Kansas City’s mission. The preservation advocacy group each year compiles an endangered list, naming the buildings that should be considered for renewal but instead risk the wrecking ball.

“Every community has its own identity and architecture,” says Lisa Briscoe, Historic Kansas City’s executive director. “The purpose of the endangered list is to draw attention to the plight [of buildings at risk] and attract new interest by new owners, the neighborhood and others to assist us and galvanize local community support.”

The organization doesn’t have deep pockets or an especially strident voice, but Briscoe can claim some recent success stories, including the sparing of “Nelsonhood,” where historic homes may have been sacrificed to transform the area around the Nelson-Atkins Museum of Art into a larger arts district. A plan is now in place to preserve those homes, she says.

Preservation victories also came to repurpose Kemper Arena and add life to the ACME Cleansing Company building, and other projects are waiting for a plan to be announced or finalized.

Lauren Manning, a local historic preservation planner who is part of Young Preservationists KC, suggests using the phrase “the greenest building is the one already built” when thinking about wishes for development. She can list several properties in the midtown area just needing some care.

“The buildings along and east of Troost have enormous potential,” she says. “There’s a multistory apartment building at 39th and Main that has sat deteriorating.”

But there are no guarantees, so consider this list, drawn from HKC’s priorities, a kind of civic wish list for those of us who hope some of the area’s most interesting structures will see revival. 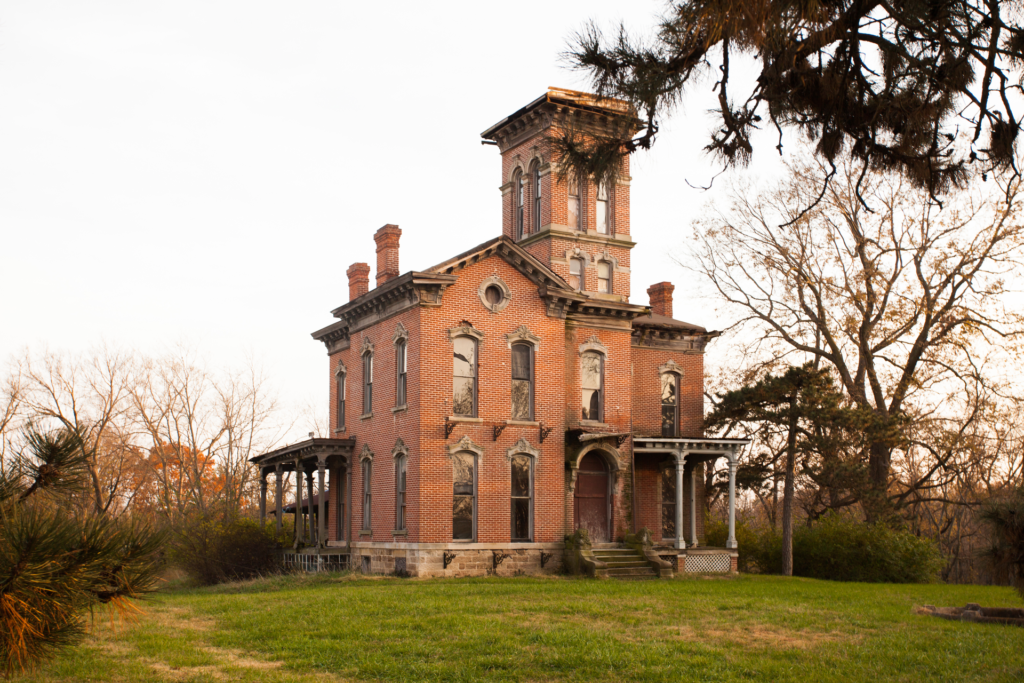 Once you see Sauer Castle, on a high hill overlooking the Kaw River Valley, you don’t forget it. Built in 1872 by businessman Anton Sauer, the castle is legendary to the area teenagers who have driven by it, hoping to glimpse the ghosts that local lore insists haunt the place. It’s empty these days, scarred by generations of trespassers and vandals and unassisted by out-of-town owner Carl Lopp, a descendent of the Sauer family. Lopp started restoring it 30 years ago but has seemingly abandoned those efforts.

Two years ago, Jason Simmons started a social media group to share memories of Sauer Castle. The idea was to raise awareness of the place; maybe a swell of attention would spark serious restoration. Now 6,800 people are members, and the site includes historic facts, photos and comments about possible futures for the building.

“The effort to save, restore Sauer Castle is mainly in the hands of the owner, along with the city and historical societies’ hands, if they can even do anything,” Simmons says. “Nobody is able to force the property owner to restore the castle except for himself, the city and historical societies. I feel my hands are tied. All I can do with the help of the group is to bring attention to its neglect and the city as well as other societies for not enforcing their codes, by sharing videos and pictures for comparisons.” 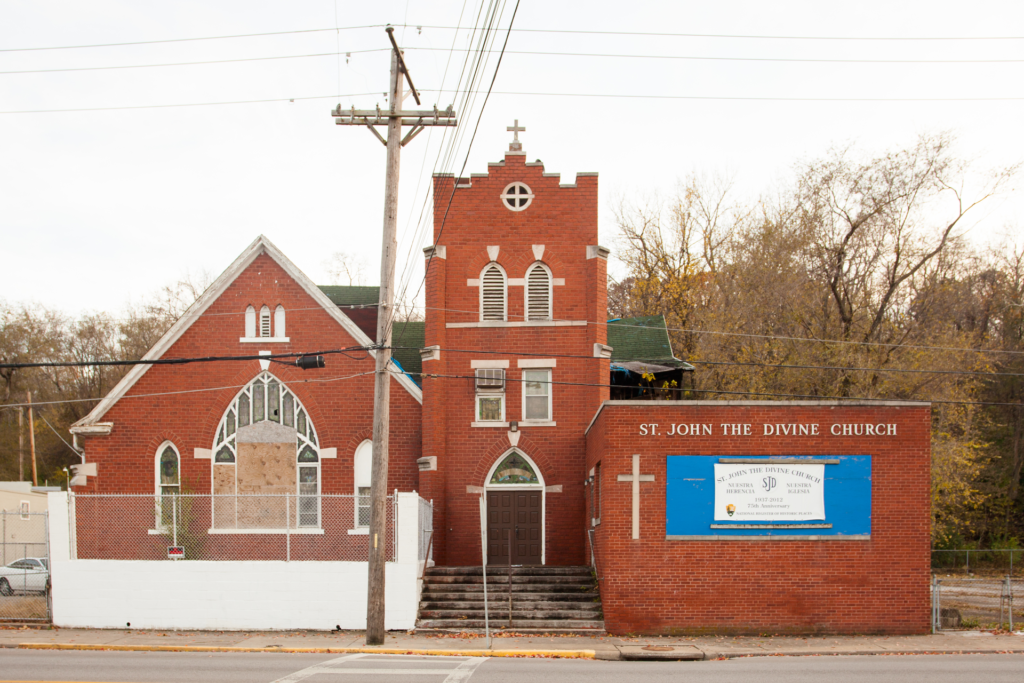 This brick church was built in the late 1880s and sold to the Catholic diocese 50 years later, having established its place in the town’s historic Mexican-American neighborhood of Argentine. But as church attendance dwindled in the 1990s, the structure fell to neglect. Wyandotte County officials threatened demolition, and the owner, St. John the Divine Community Art & Education Center Inc., faces a challenge in moving forward.

“We are currently exploring funding and development options but unfortunately have a high hill to climb, as our efforts were effectively thwarted for over five years by the demolition order,” says Daniel Serda, board secretary for the center.

Serda goes on: “That threat conveniently ignores the fact that, as a condition of the federal Historic Preservation Fund grant that underwrote the stabilization work — which was authorized by unanimous vote of the Unified Government Commission — a 10-year preservation easement was filed by the Kansas State Historic Preservation Office that requires our organization to take affirmative steps to both preserve and protect the building against further threats of demolition.”

Because of this struggle, the building is on the endangered list, Briscoe, of Historic Kansas City, says. “And that really is the purpose of the list — to find champions who also bring attention to just how much hard work they are up against,” she says.

Built in 1930, the MGM served as a distribution point for Hollywood to send its features across the country. The building is part of what once was known as Film Row, a film-industry hub in what’s now the Crossroads District. All the big studios — United Artists, MGM, 20th Century Fox, Paramount — had spots there, at a time when they also owned movie theaters. Today, the area lacks historic markers.

Like other buildings on this list, the MGM suffers from neglect. But neighbors and developers have expressed interest in the property. “We will be re-evaluating to see to what degree it is threatened,” Briscoe says, noting that the Crossroads has undergone much restoration and that the area’s boom might make the building somewhat safer. 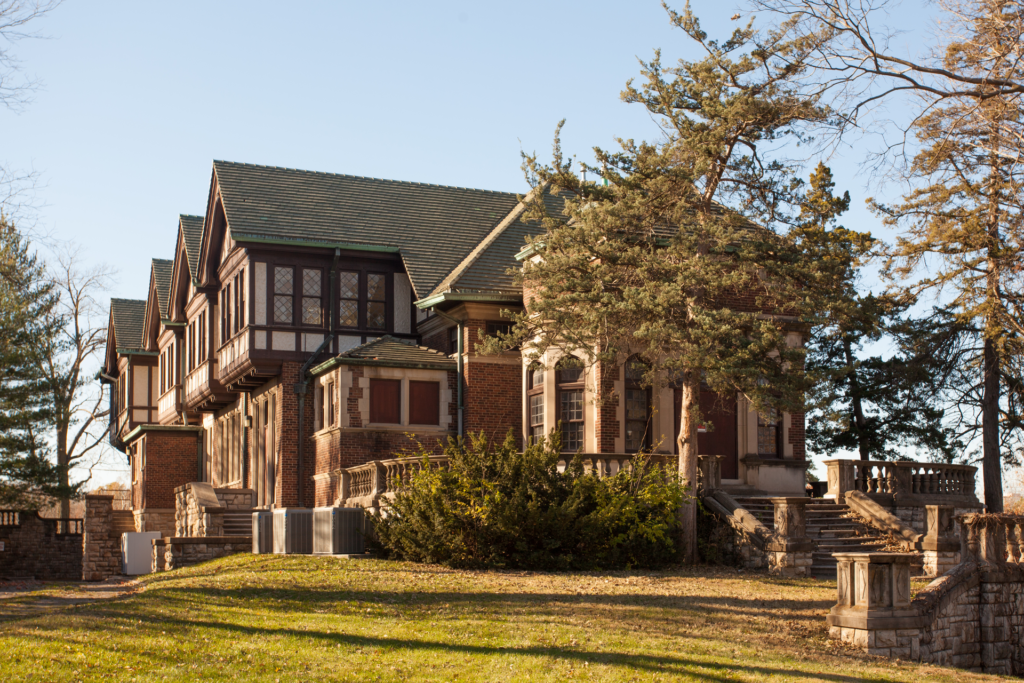 If you wander by Epperson House, on the University of Missouri–Kansas City campus, and see the boarded windows and the tightly shuttered doors, you wonder: Wouldn’t this make a good alumni center or a community events venue?

Well, you’re not alone. And there is a plan, but Briscoe can’t discuss it yet.

The Tudor-Gothic structure was completed in 1923 and has secret passageways and an organ loft, among other architectural touches. It was the private residence of Uriah Epperson and his wife, along with an adult “adopted” daughter. Over the years, it became known for mysterious appearances and what some claim are paranormal experiences. It was donated to UMKC and served most recently as offices for the architecture department.

“There are efforts, but I can’t talk about it,” Briscoe says. The property has been a community concern and attracted enough attention that a plan may be announced soon, she says.

Officials from UMKC did not return messages requesting comment. 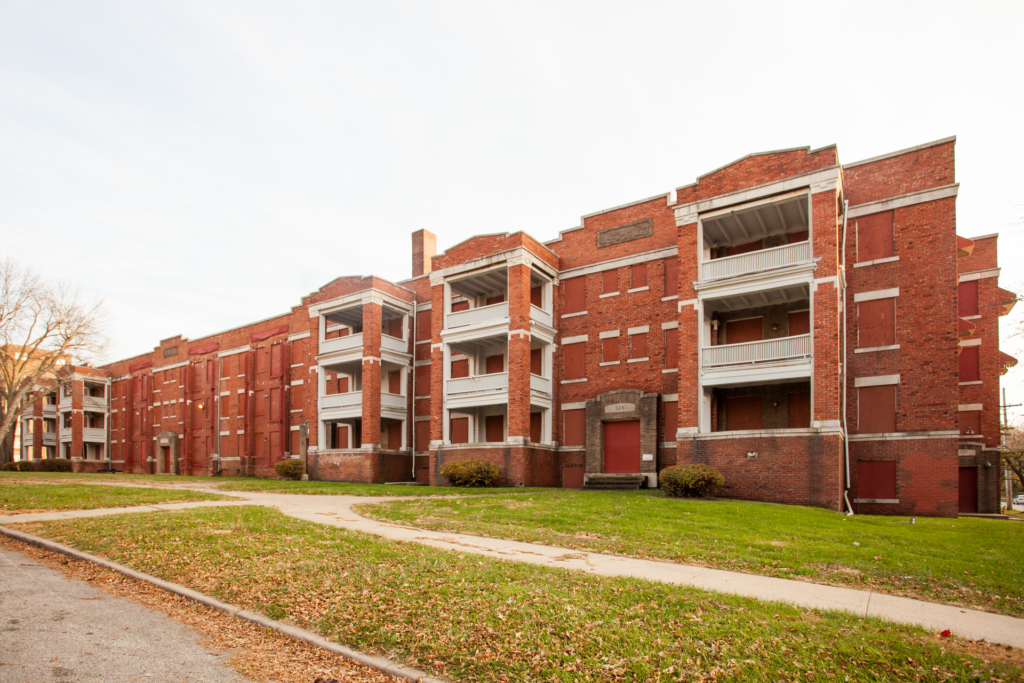 In 1909, these were fancy apartments, occupied by lawyers, doctors and Kansas City’s upper crust. But today, they are vacant, with Valentine residents seeking ways to bring them back to life.

Wheatley Providence is historic for Kansas City’s black community. It was dedicated in 1918 and was the first hospital here to train black doctors and nurses. The property eventually was abandoned and is now geographically challenged in restoration efforts, according to Briscoe, because it lies halfway between the growing Crossroads and 18th and Vine districts. 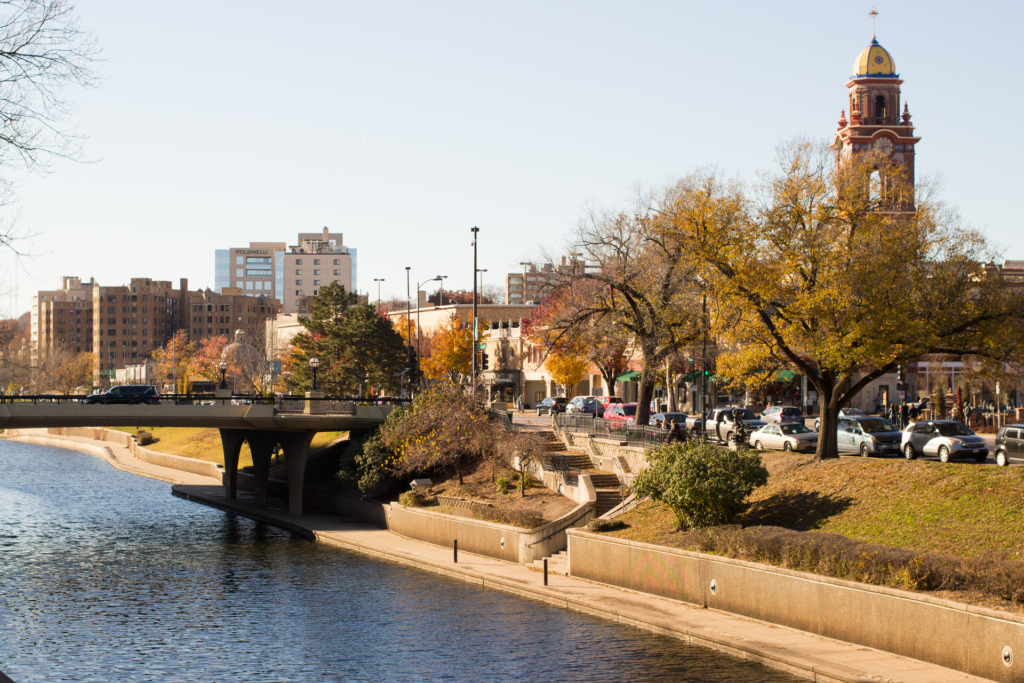 “This still remains on the list because of the continued development in and around it,” Briscoe says. Preservationist groups have fought development attempts in recent years, but the real estate is so broadly valuable that such calls for change will always be a factor.