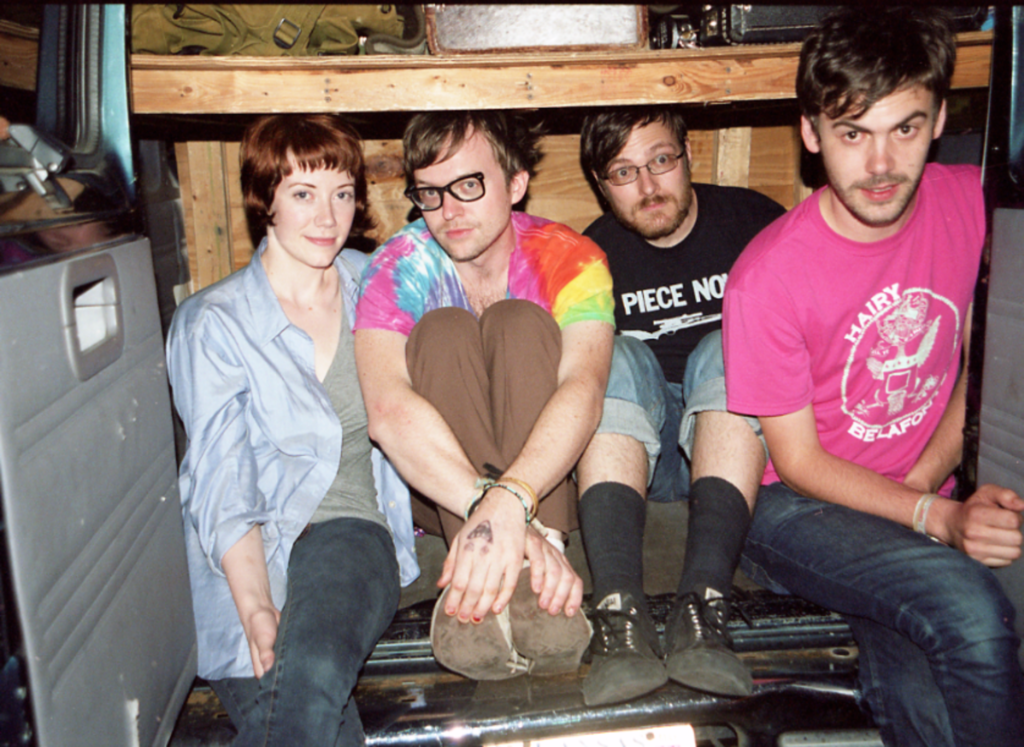 As of last week, a semi-local band has just been added to High Dive Record’s ever-growing roster: Rooftop Vigilantes. Once a staple of the Lawrence music scene, the band went on hiatus in 2011 after the band’s four members went their separate ways. We called High Dive Records co-founder Jeff McCoy to talk about how Rooftop Vigilantes became the latest addition to his growing family.

“Basically, what happened was that I had signed a band in town called All Blood, featuring [drummer] Zach Campbell, and when they deteriorated, Zach and I started talking about Rooftop Vigilantes,” McCoy says. “I always loved that band, and I was interested in seeing if the band was going to get back together or anything.”

He goes on: “I think they were kind of jaded because they did a major-label recording, and then the label dropped them and the record never came out, and they took some time off. The members kind of scattered around the country – L.A. and New York – except for Zach, he stayed here. But we got to talking, and they were like, ‘We recorded a bunch of new songs.’ And they’ve been sitting on them.”

McCoy was impressed enough by the rough mixes of the unreleased Rooftop Vigilantes album that he decided to find a way to put it out.

“I thought it sounded awesome,” McCoy says. “By the end of the year last year, we got everybody kind of onboard to finish the record and master it and try to get it out. There’s going to be a tour, and we’re really excited about it.”

The album – titled Let It Be – doesn’t have finished artwork or a release date yet, but McCoy says both of those things will be announced soon, with the release planned for summer. The record will be available on vinyl.

There are no teasers of the new album available yet, but to get your ears ready for the juicy sounds, listen below to “Mongol Harpsicord,” a sample track from an earlier release. Be sure to check out High Dive Records on Facebook for more updates.